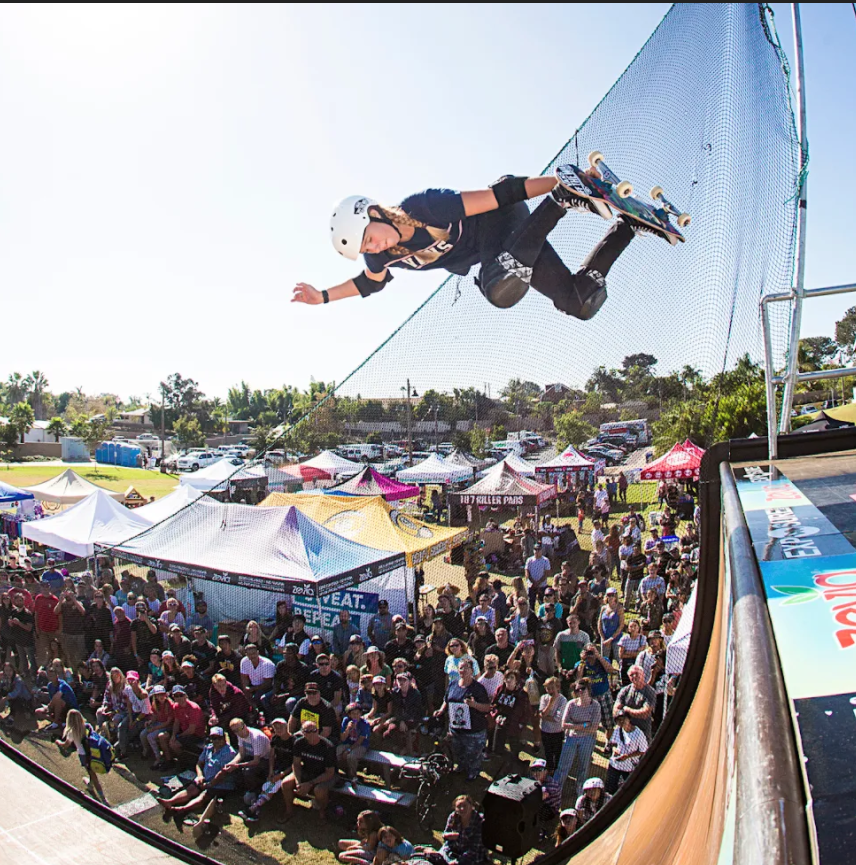 Jordyn Barrat, who competed for team USA in skateboarding’s inaugural Olympic competition, got her start with Exposure Skate. The group has made its first feature-length film.

The winners of Exposure’s video part competition will be highlighted during the show and awarded a $50,000 prize purse. With previously unreleased footage from more than 200 skaters from 20 countries, Exposure X will highlight the world’s most progressive and innovative female skateboarders of 2021.

“Making video parts is clearly where women and other non-traditional skaters need to go in the coming years,” said Kristen Ebeling, executive director of “Skate Like a Girl.” Last year, 230 girls submitted curated compilations of their best skateboarding.

“It was super rad to see how Exposure 2020 went down,” said Jordyn Barrat, who competed for team USA in skateboarding’s inaugural Olympic competition. “I was overwhelmed to see how many girls were able to get out there and put together amazing parts. So many girls and so many rippers and so many new faces – it brought a lot of happiness to a lot of skateboarders around the world.”

Barrat is only one example of girls who got their start with Exposure Skate, competing in her first Exposure event as an amateur in 2012 and worked her way up the pro podium.

Exposure Skate was founded 10 years ago by Lesli Cohen and Olympic skateboarder Amelia Brodka. Their mission of empowering women and girls through skateboarding is supported through the donation of the event’s proceeds to Community Resource Center’s Domestic Violence Shelter.