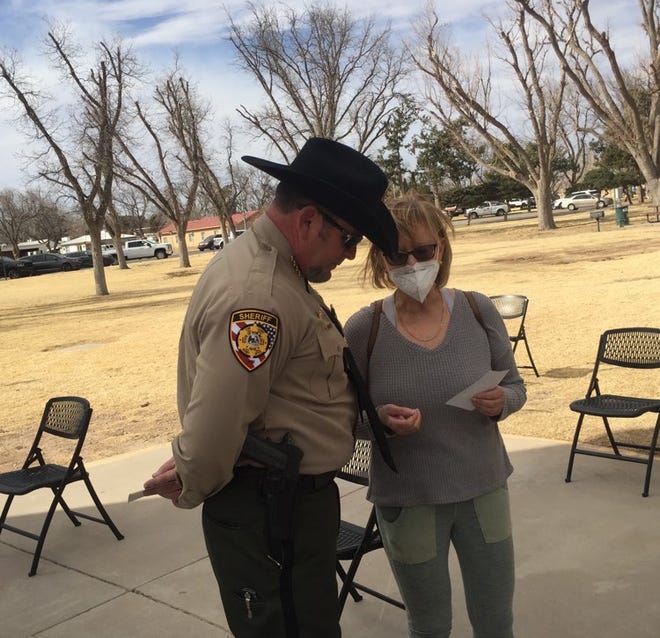 Data compiled by the State of New Mexico indicated the mission of the Eddy County DWI Program appeared be working as DWI arrests and alcohol involved crashes dipped slightly from 2018 to 2019. While numbers rose in other categories.

Eddy County DWI Program Director Cindy Sharif said there were 304 DWI arrests in Eddy County in 2019 compared to 314 in 2018.

Figures compiled by the New Mexico Department of Transportation (DOT) and the University New Mexico showed that the number of deaths from alcohol involved crashes rose by three from 2018 to 2019. Two were reported in 2018 and five were cited in 2019.

She said prevention was hard to measure and the DWI Program’s message appeared to reach drivers based on the numbers during the two-year period.

Sharif said figures for 2020 haven’t been released by the State yet.

“We know most people drive less than one mile before being stopped by police,” she said.

Sharif added Eddy County law enforcement continued to keep an eye out for potential drunk drivers from Hope to Loving.

Sharif said Eddy County and other DWI programs across New Mexico could receive a portion of $597,000 set aside by the state for fiscal year 2021-2022.

More:Artesia family reminds DWI offenders of the dangerous of drinking and driving

Sharif said money from the state depends on an approved application.

“We use an innovative approach to our public information and education outreach strategies, since the web is the primary source of information it’s important to know how our information is presented online,” she said.

Lujan said digital messages are created to remind Eddy County drivers of the dangers of drinking and driving.

“Our digital billboards are the best advertising money can buy and cost is expected to increase,” she said.

DFA regulations said funding is awarded to local DWI programs in each county for new, innovative model programs to prevent or reduce DWI, alcoholism and alcohol abuse, per DFA’s website.

“County commissions must sign a resolution authorizing the county to serve as the fiscal agent and authorizing the participation in the Local DWI Grant Program, the DFA website indicated.

Sharif said Eddy County acts as the fiscal agent and the County signed a statement of assurances that the County abides by the grant.

Eddy County requested around $57,000 for treatment from another state grant fund.

“It’s a tentative fund and 55 percent of that fund goes to treatment. We don’t know how much if any (of the money) we’ll receive from that,” Sharif said.

The Eddy County Board of County Commissioners approved the applications and were sent to Santa Fe in early March.

Sharif said Eddy County could find out in late April if the funds are approved.