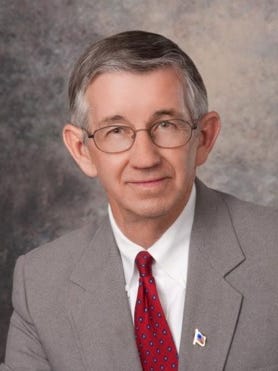 Legalization of marijuana in New Mexico drew criticism from Carlsbad’s local leaders as State lawmakers passed a bill to allow recreational sale and use in the state.

The move could make New Mexico the 17th state in the U.S. to legalize cannabis for non-medical purposes following recent similar efforts in New York.

Gov. Michelle Lujan Grisham, a long-time supporter of legalizing marijuana, signaled she intended to sign the bill into law upon its passage.

Carlsbad Mayor Dale Janway said he was opposed to marijuana in his community, pointing to the potential he perceived in increased intoxicated driving, fatal car crashes and emergency room visits.

Janway contended such impacts were already witnessed in states like Colorado that previously legalized marijuana.

He worried implementing legalization could pass increased costs onto the state and local communities in response to the effects on public health.

And as the Carlsbad area is home to several federal agencies with locations for both Sandia and Los Alamos national laboratories, the Waste Isolation Pilot Plant, Bureau of Land Management and the Federal Law Enforcement Training Center, Janway worried legalizing marijuana – still considered an illegal substance under federal law – would create uncertainty for many residents.

“Finally, since marijuana is still illegal at a federal level, this confusing overlap puts employees and employers in a very difficult situation, especially in a community with a large number of federal employees,” he said.

Phillip Guerrero, spokesman for the U.S. Department of Energy’s Carlsbad Field Office said that despite multiple states legalizing marijuana use, the substance remained a Schedule 1 drug, and DOE contractors would continue to be tested for its use.

He said cannabis was still considered illegal by the federal government despite changes to any state law.

A proposed amendment was rejected before the bill passed by both the New Mexico House and Senate this week that have allowed local governments to opt out of legalization.

Such an option would have been ideal, Janway said, to allow local control.

He also argued the purported economic boon recreational marijuana would bring to New Mexico would likely do little for Carlsbad’s economy.

Revenue from cannabis would likely be unable to balance losses from any downturn in oil and gas – an industry the state relies on for more than a third of its budget and mostly located in southeast New Mexico near Carlsbad and Hobbs.

“An amendment allowing communities to opt out of legalization would have certainly been helpful. While economic diversity is always important, it isn’t realistic to say that legalizing marijuana would somehow balance downturns in the oil and gas industry,” Janway said.

“New Mexico has probably the best combination of natural resources and natural beauty of any state in the country – there are much better ways to pursue economic diversity.”

He said he would have also supported a local control clause in the law to allow Eddy County to continue its ban on cannabis.

Under the Cannabis Regulation Act as passed by the Legislature, recreational marijuana would become legal on April 1, 2022.

A report from New Mexico’s Legislative Finance Committee found that from the point of legalization in 2022, through 2024, the bill would create about $74 million in revenue.

That revenue would do little to offset losses from oil and gas, Davis said, which he and industry leaders contended generates billions of dollars every year for the state – money that goes to needs like public education and roads.

“Contrast that with the billions of dollars of State tax revenue generated by oil and gas operations in the State each year – not every three years,” Davis said. “It’s ludicrous to even compare or claim that cannabis is the key to economic diversification for the State.  The social cost of this legislation will be a millstone for taxpayers for years to come.”

He said legalized weed could also place a serious burden on law enforcement, and lead to deadly car accidents similar to alcohol.

“The cost of the social and societal care and upkeep associated with recreational cannabis use will far outweigh any incremental tax benefits derived from legalization,” Davis said. “Law enforcement has been handed an unmanageable task of determining impairment for driving or criminal situations.”

Nick Kovacevich, chief executive officer and co-found of California-based KushCo., a marijuana packaging company created in 2010 with a presence in every state where recreational marijuana is legal, refuted virtually every claim that such a move would create problems.

In an interview with the Current-Argus, Kovacevich said data from states like Washington and Colorado show little change in traffic fatalities pre- and post-legalization.

He also said proving a car crash was due to cannabis use was unlikely as law enforcement lacks adequate field sobriety tests for the drug as with alcohol use.

“You also see less consumption of alcohol. They’re consuming less because they have cannabis as a supplement,” he said. “That might balance things out. That’s just a theory that could be playing a role.”

Legalization could also cut down on teen use, Kovacevich said, and mean a safer product heavily regulated and labeled.

As far as local economic impact, Kovacevich argued that since marijuana is still legal federally it cannot be shipped between states, meaning all the product and revenue would be kept in New Mexico.

With federal legalization still up to five years away, he said legalizing cannabis now on the state level gives states a window to develop their own infrastructure and industry and potentially never need to import from other states.

“Dollar for dollar, cannabis has a more positive economic impact than any other industry,” Kovacevich said. “States like that. It does set up more of longer-term opportunity for companies and residents alike.”

Jeff Campbell, director of business development at the Carlsbad Department of Development said a potential tidal wave of marijuana businesses upon legalization hasn’t hit the city yet.

He said the non-profit that works to recruit and support local business in the Cavern City has yet to fully study this possible new industry.

The Department is focused on more pressing issues, Campbell said, like housing and workforce development.

“We treat every new business and industry like everything else. If it’s something that we need to work on, we will. Everyone wants to know when a new store or restaurant is coming so we’re focused on things like that at a higher priority,” Campbell said.

“I wouldn’t say we’re opposed to it one way or another, we just haven’t looked into it.”