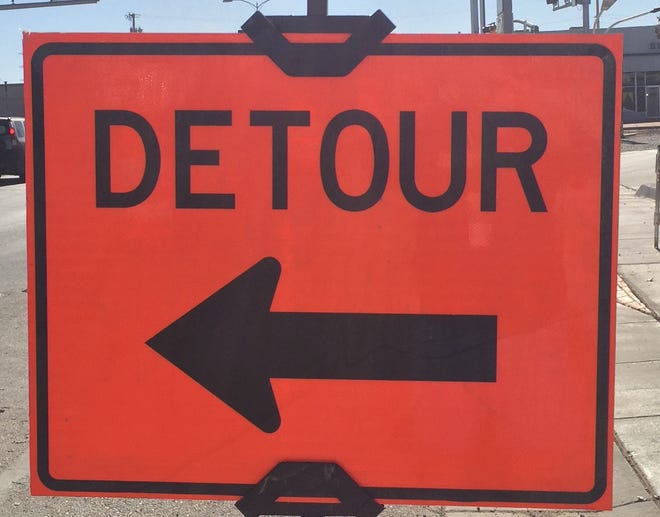 Eddy County and the City of Carlsbad reached an agreement for construction of a West Loop Road Relief Route to connect U.S. Highways 285 and 62/180 in southwestern Eddy County, read a Memorandum of Understanding (MOU) crafted by Eddy County officials.

The MOU stated the West Loop Road will “become an essential roadway for the general public, accessing south Carlsbad and Eddy County.”

Eddy County Board of Commissioners approved the MOU June 1 and the Carlsbad City Council granted its approval Tuesday night.

In a memorandum from City of Carlsbad Deputy City Administrator K.C. Cass to the City Council, the estimated cost of the overall project was $8 million and the City’s share was estimated at $3 million.

Cass said the the Loop Road would be nearly six miles, with almost two miles of the project within the City Limits.

“Completion of this project will significantly reduce congestion in a highly populated residential area of Carlsbad. This area includes multiple schools, a sports complex for children and residential homes,” he wrote to the City Council.

Cass said heavy traffic utilizing the current route is a severe risk and safety concern for residents and children that frequent the area.

“Completion of the Loop Road is an extremely important project for both the city and the county. In particular, moving trucks off of Lea Street is a vital safety and traffic concern due to the presence of several schools,” said Carlsbad Mayor Dale Janway.

Eddy County is responsible for development, plans, designs and specifications for each phase of construction and will provide documents to the City for review, read Eddy County’s MOU.

Cass the project was broken up into several phases, and would be approached using a design/build approach.

“This approach is anticipated to be more time and budget efficient,” he said in the memo.

Eddy County Public Works Director Jason Burns said work on the project was anticipated to start in August. He estimated the project might be finished in the summer of 2022.