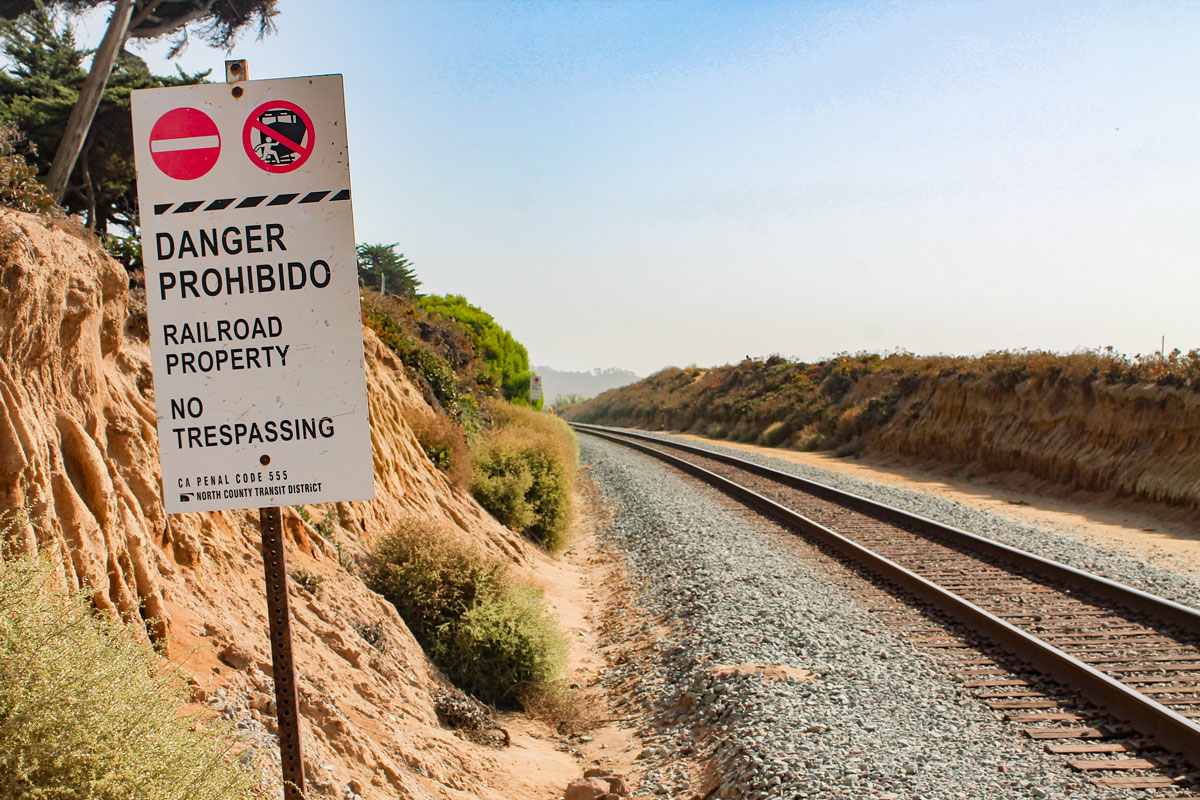 ENCINITAS — Following a fatal incident involving a pedestrian along the railroad tracks on June 4 in Leucadia, local safety advocates in the city of Encinitas are once again calling for safe rail crossings along the rail corridor.

A GoFundMe page was created by Jazz Ayotte for the family of the deceased victim, 23-year-old Macquire Ayotte. According to the page, Macquire was crossing the track near Moonlight Beach where there are no designated crossings.

“However, (Macquire) had not noticed an oncoming train and was tragically struck. He passed at only 23 years old, a week before his 24th birthday. A complete catastrophic accident that has devastated our family,” the GoFundMe page reads.

Residents of Leucadia have been asking for safe rail crossings along the rail corridor for years with no significant movement from different sitting city councils.

“In the last at least two decades, if not more, we’ve done petitions, we’ve spoken at city council meetings, we’ve spoken to anyone that would listen. And like anything you fight for a while and think it’s going to happen so you back off and then five years down the line nothing’s gone on,” Rob Fleener of the advocacy group NOWLeucadia told The Coast News.

In the last two years, advocates have stepped up efforts to get rail crossings installed along the rail corridor in Leucadia, particularly with the plans for the Leucadia Streetscape project becoming clearer.

They now say it’s time for the city to address their concerns in meaningful ways.

“And actually prioritize it,” Dianna Nunez of NOWLeucadia said. “One of the components that was missing from (Leucadia) Streetscape was the connection to our community.”

The city has met with advocacy groups in the past such as NOWLeucadia to hear their concerns but often give them the answer that it is too costly and complicated with the different agencies involved in the process.

However, many in those groups seem to feel the focus has not been put into the right areas by the City Council. While the city is preparing to take another loan for the completion of the Leucadia Streetscape, some of the locals would prefer to see those funds go into the construction of rail crossings.

“Streetscape is lovely, I hope it comes to fruition, that is our hope,” Nunez said. “But even more my hope is greater that we have a safe way for citizens and visitors to be able to move around this corridor.”

Advocates will likely use the most recent incident along the tracks as further motivation to get some movement with the city council for safety improvements along the rail.