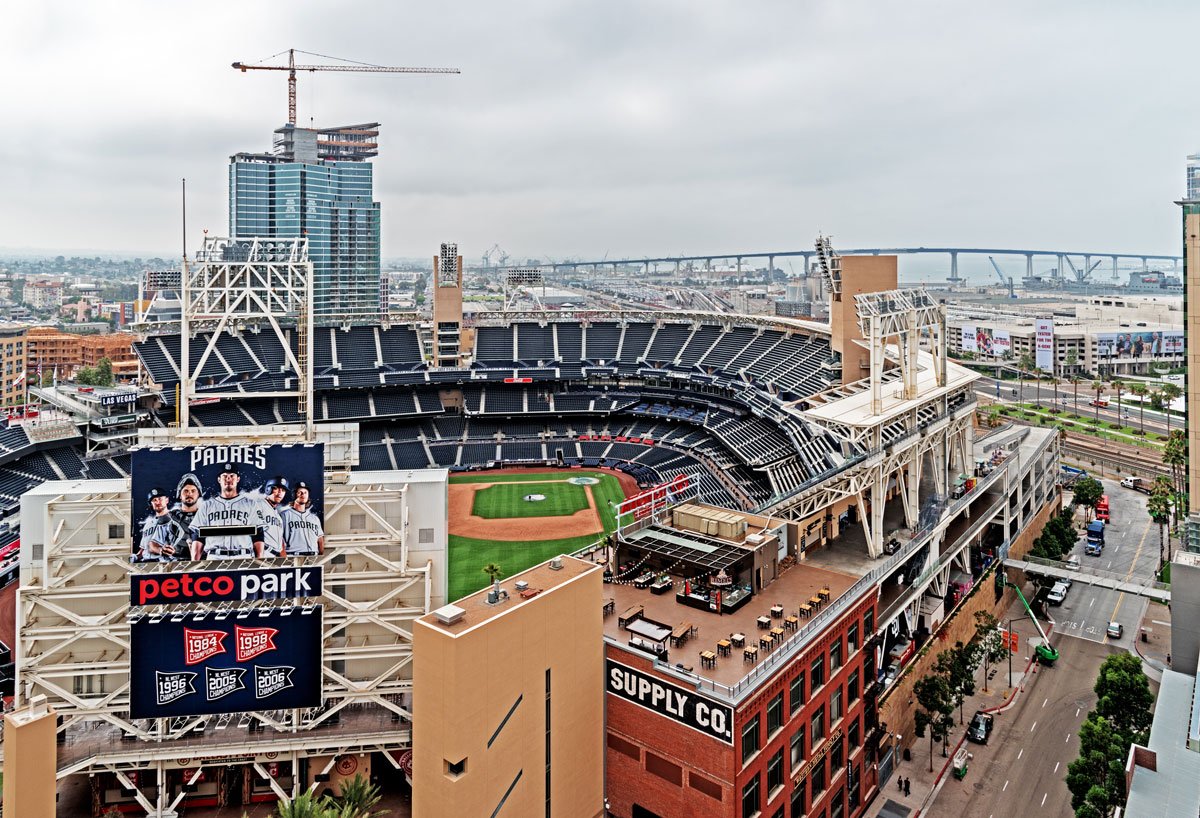 Theme parks can reopen at 15% capacity in the red tier of the state’s four-tiered reopening plan. Capacity levels will shift to 25% in the orange tier and 35% in the yellow tier.

San Diego County is in the most restrictive purple tier, but numbers are trending down at such a rate the county could be promoted to the red tier this month. The changes don’t mean the threat of the coronavirus is completely gone, but it is a significant step toward reopening some large venues as virus case rates continue to decline and vaccinations numbers increase.

“This is another strong step forward in our COVID recovery,” said San Diego County Board of Supervisors Chairman Nathan Fletcher. “We have worked hard to get to this point and this new state guidance will deliver a safe return to having fans at Padres games, outdoor concerts and amusements parks.”

Attendance at such events will be limited to in-state visitors.

The San Diego Padres expect to have fans at Petco Park for their home opener April 1 against the Arizona Diamondbacks, CEO Erik Greupner said.

“Our No. 1 priority is providing our fans with a safe and fun experience when they return to the ballpark,” Greupner said. “We have been diligently preparing to ensure that Petco Park is one of the safest places to be in San Diego this season.”

The team will soon notify its season ticket holders with details of their return to Petco Park, Greupner said.

If San Diego County is in the red tier by the end of March, about 8,500 fans would be allowed to attend the opening day game, 20% of Petco Park’s capacity, The San Diego Union-Tribune reported.

Gov. Gavin Newsom signed a $6.6 billion legislative package on Friday offering incentives for schools to resume in-person instruction for students up to second grade by April 1 and provides funds to help recoup learning lost during the COVID-19 pandemic, possibly by extending the school year.

It is unclear how that will impact a previously announced San Diego Unified School District target reopening date of April 5 for teachers and April 12 for students.

School board President Richard Barrera announced the date, but has met with pushback from the San Diego Education Association, the union representing the district’s teachers, who said the conditions allowing for a return to school have been agreed upon, but not a date.

The legislation creates a $2 billion incentive pool, with money allocated to schools that reopen campuses for students in pre-kindergarten through second grade, as well as high-need students of all ages. The money will go toward safety improvements, such as ventilation systems and protective equipment.

The proposal does not order schools to reopen, but those that fail to do so by April 1 will lose 1% of their share of the funds for every day they miss the deadline.

The money will be available to schools in counties that have an average daily new COVID case rate of less than 25 per 100,000 residents, which covers the vast majority of the state, including San Diego County.

The Scripps Del Mar Vaccination Super Station will be closed on Saturday due to a shortage of the Pfizer coronavirus vaccine but will reopen Sunday, Scripps officials said.

Patients who had appointments at the super station on Saturday – which were all for second doses of the Pfizer vaccine – are being rescheduled for Sunday automatically through the MyTurn online appointment system.

Of 13,752 tests reported by the county, 4% returned positive. The 14-day rolling average decreased to 3.4% from Thursday’s 3.6%. The number of hospitalizations declined to 405, with 128 of those in intensive care units. There are 67 staffed, available ICU beds in the county.