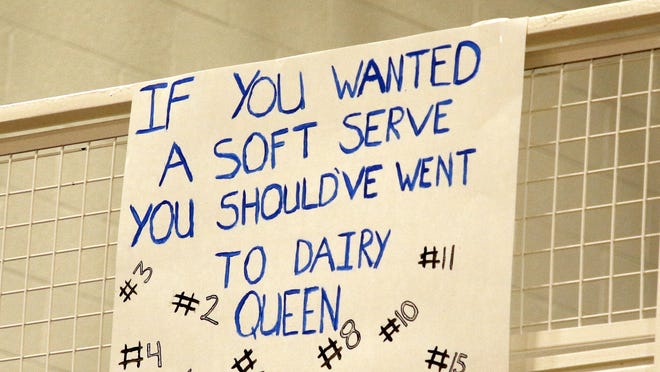 Welcome to play-by-play of the annual Eddy County War. The Carlsbad Cavemen and the Artesia Bulldogs have met more than 100 times in this rivalry.

Carlsbad was to host Artesia in the rivalry football game, but last minute changes meant teams traveled to Hobbs’ Watson Memorial Stadium in neighboring Lea County which recently saw some of its COVID-19 restrictions lifted to allow sporting events.

A live stream of the game will be available at 7 p.m.

A full recap of Friday’s game will be in the Sunday edition of the Carlsbad Current-Argus.

Two minutes before kick off and the stadium is starting to fill up.

Carlsbad kick’s off. Artesia has it at their own 35.

Braxton McDonald receives first pass on opening drive. Gets into Carlsbad territory at 37.

Braxton McDonald tackled on fourth down. Carlsbad gets the ball on downs.

Carlsbad goes for it on fourth down. Jesse Rodriguez stopped on run play short of the goal line. Artesia gets the football on downs.

Carlsbad ground attack mixing it up.

Artesia defense holds as Carlsbad attempted a 32-yard field goal. No good as Artesia takes over at own 20 yard line with 10:29 left in second period.

8:54 left in second period Artesia driving thanks to a 30-yard pass caught at midfield.

First half ends with Bulldogs leading 19-14.

Cavemen start opening drive on own 20.

Carlsbad goes three and out as Bulldog defense plays strong. Snap goes out of end zone for Carlsbad. Safety for Artesia 21-14.

Amorian Barnes and Jesse Rodriguez keeping it on the ground for Carlsbad at Artesia 30,

End of the quarter Carlsbad drive continues. Tied at 21.

7:45 Rodriguez and Barnes keeping it on the ground for Carlsbad.

More on Caveman football amid the COVID-19 pandemic

Cavemen vs. Bulldogs game to be held in Hobbs. Here’s how to get tickets.

We cannot provide this type of reporting without your support. Please consider subscribing to the Carlsbad Current-Argus. Find subscription deals at www.currentargus.com/specialoffer.