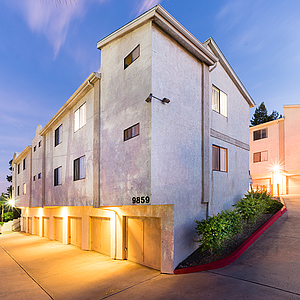 Encinitas CA—Encinitas Residents for Responsible Development is calling on the county to conduct a comprehensive, multidisciplinary review of a multi-housing development plan that the city of Encinitas has refused to complete following its third lawsuit against the city.

The organization’s primary concern is the lack of affordable housing in Encinitas. While developers sold local government officials on the promise of thousands of homes in rural northern and eastern San Diego County, those homes don’t include low-income families, critics say.

The organization has raised concerns about the effects of the apartment project on fire and traffic safety in the Olivenhain community.

“Last fall, the City did not conduct any analysis of the adverse impacts to the public that the Project could cause,” Encinitas Residents for Responsible Development stated in a press release. “The Encinitas Fire dismissed, without analysis, the risk this Project poses to public safety, particularly during wildfires, as amply documented by public testimony and multiple expert assessments.”

In the past, R-30 residential zoning has led to disastrous projects that maximize developer profits rather than the crucial need for affordable housing, critics argue. New projects have claimed status to avoid environmental review and offer properties to families earning between $60,000 and $80,000 a year, often going to investors who deplete affordable housing stock.

Encinitas Residents for Responsible Development wants the city to enter into binding agreements with developers who will build projects that meet housing needs, such as housing for families earning less than $50,000 per year, and undergo a robust environmental review rather than resorting to R-30 zoning, which has failed in the past.

The California Housing Responsibility Law required the city to approve the Goodson Project due to the desperate need for housing.

“When this project was reconsidered again, the City Council knew how unpopular the project was and the serious concerns of the communities for placing a 6-story building (the tallest in Encinitas) in the heart of rural Olivenhain, with massive GHG emissions. and the traffic congestion of 1,500 daily car trips to job centers on I-5 south and public schools north through the congested Rancho Sante Fe Road and, more importantly, the safety hazard due to wildfire evacuation and emergency response times,” said Daniel Vaughn, president of Encinitas Residents for Responsible Development.

“The time for protests and rallies is long gone; our last line of defense is litigation.” — Daniel Vaughn, President, Encinitas Residents for Responsible Development

On March 24, the California Attorney General’s Office issued a letter promising to take action against the city if it did not approve a modified version of the Goodson Project in Olivenhain.

“Local governments must approve housing developments that meet the ‘target general plan, zoning, and applicable subdivision criteria and standards,’ unless they reach certain findings,” Attorney General Rob Bonta stated in a letter to the Olivenhain City Council Board of Directors.

The original proposal for the Olivenhain apartments included 241 market-rate units and 42 low-income units. At a City Council meeting on June 8, Encinitas Boulevard Apartments introduced project revisions to reduce the total acreage from 6.95 acres to 6.83 acres and reduce the total number of market rate units to 236 and affordable units to 41.

“We understand that the location and structure of this unique development do not pose a wildfire ignition risk, and the Encinitas Fire Department concluded that fire evacuation was not an issue. Therefore, this concern does not provide a basis for rejecting this Project,” the attorney general stated in his letter.

Given the position of the attorney general and the city’s move to greenlight the project, protests are no longer enough, Vaughn said.

“The time for protests and rallies is long gone; our last line of defense is litigation,” Vaughn said.

Encinitas Residents for Responsible Development and the Olivenhain City Council sent letters to Attorney General Rob Bonta stating that neither the City of Encinitas nor the Fire Department has conducted any meaningful analysis of the potential threats that the project would pose to public safety during the fire evacuation. forest fires.

The group asks Encinitas constituents to write to County Supervisor Terra Lawson-Remer, who is also a local resident, to request that she order county staff members to perform the necessary analysis for the Goodson Project.