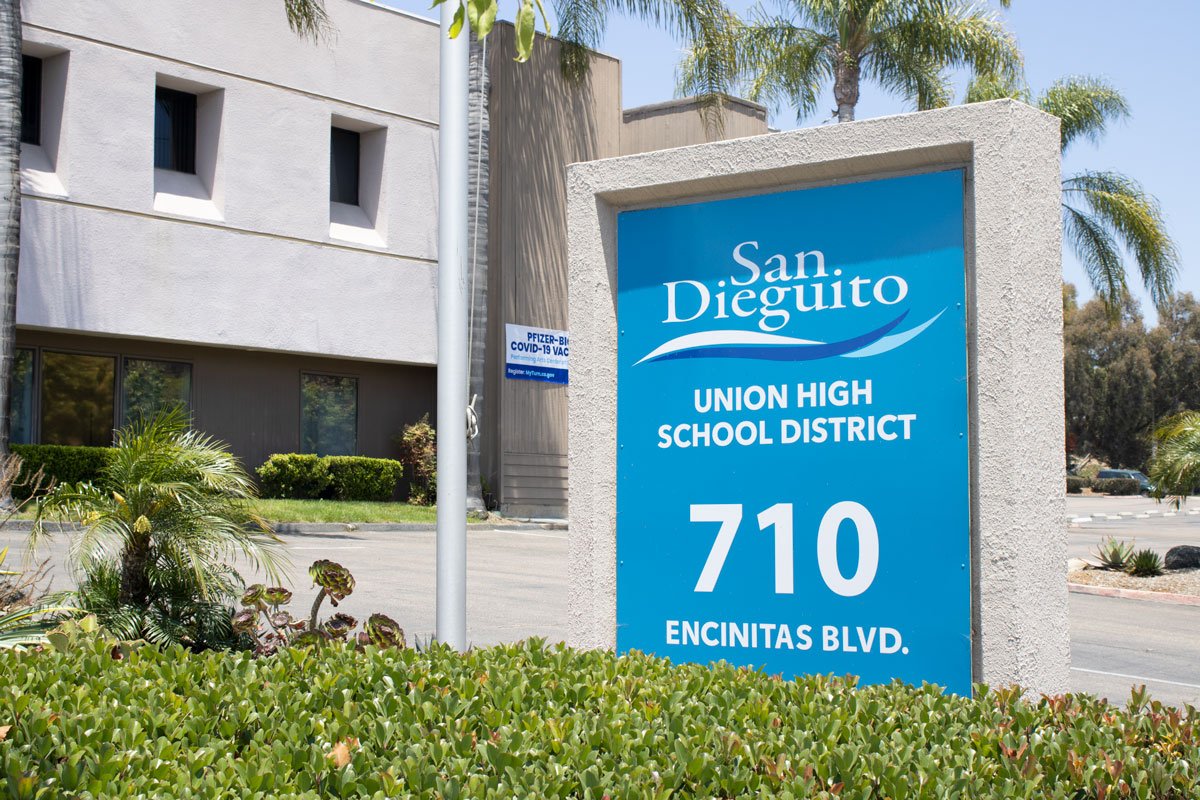 ENCINITAS — As the recall effort against Trustee Michael Allman continues within the San Dieguito Union High School District, Allman and his supporters are aggressively defending the teachers union’s attempt to oust him.

When the San Dieguito Faculty Association (SDFA) launched its signature collecting effort in earnest earlier this month, it also launched the website, Support Our Schools San Dieguito. The website, created by teachers in the union, lays out the issues the association has with Allman as well as with Board President Mo Muir.

Soon after the website was launched, however, similar domain names were purchased and rerouted to the campaign website of Allman.

“Who, of good moral character, does that?” SDFA President Duncan Brown asked during public comment at this week’s school board meeting. “This is not a difference about politics, this is a difference of character.”

Allman and his supporters have also been actively fighting the signature collecting effort on the ground, reportedly follow teachers and other recall supporters around neighborhoods as they search for signatures, according to photos and videos posted to the group’s website.

Allman previously told The Coast News that the police were called on some of his supporters and the website launched by SDFA confirms authorities were called in at least one instance.

Photos and videos on the association’s website also apparently show Allman and others following different teachers as they canvass neighborhoods for signatures.

Brown said he believes the tactics currently being employed by Allman and his supporters are not about making a counterargument to their concerns.

“It’s meant to be intimidating to deter people from gathering signatures. It’s very straightforward and very transparent,” Brown said. “It’s not about sharing information, it’s clearly about suppressing our message.”

In previous comments to The Coast News, Allman expressed interest in meeting with Brown to find some kind of common ground.

According to Brown, Allman has not reached out directly to him but they did have a brief interaction over the phone when one of Allman’s supporters came up to Brown while he was working to collect signatures where the two set up a time to speak.

Brown says they spoke for 45 minutes but not much traction was made on finding common ground.

“It was at least a chance for us to talk. But nothing much was accomplished,” Brown said.

Allman has posted 150 messages of support from members of the community in response to the recall effort.

“These people (the teachers union) have no shame,” wrote Dede Alpert, a former state legislator and school board member. “Recalls are supposed to be for representatives not performing his or her duties, not because the person won the election and your side lost.”

The teachers union described its recall effort as slightly behind where they would have hoped to be at this point. However, Brown said with summer over and students back in school, he believes they will pick up the pace to reach the signatures required to force a recall election.

There are organized efforts to collect signatures on weekdays and Saturdays, and Brown said they will collect on Sundays as well if needed.

The recall will need 5000 signatures to force an election in Trustee Area 4. If the signature collecting effort is successful an election is expected sometime in the spring of next year.

In response to Brown’s public comment at this week’s school board meeting, Allman decided not to make a public rebuttal.

“It’s not worth it,” Allman said. “We can continue with business.”