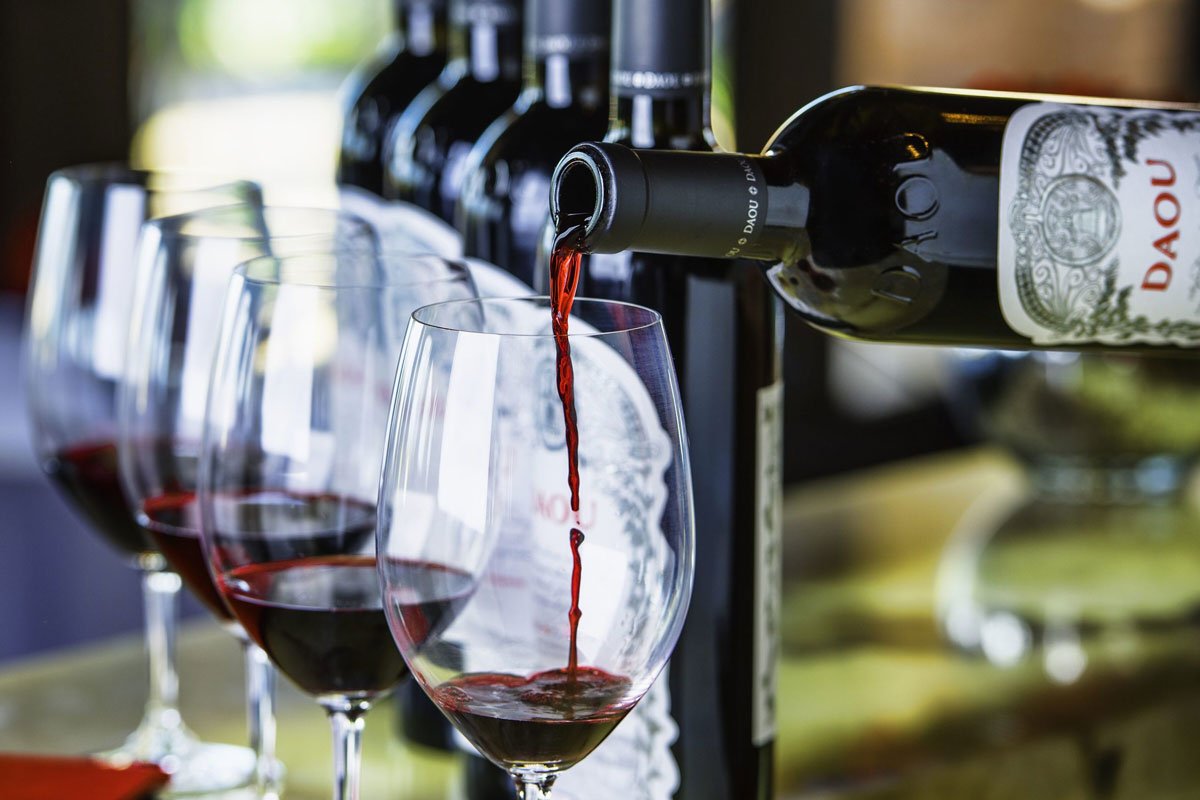 The only thing better than a great valued wine dinner with outstanding food and wine is one where guests can try newly released wines. Those attending Sal Ercolano’s latest Daou Family Estates wine dinner at his West End Bar & Kitchen in Del Mar were some of the first to try two newly released Daou wines: Bodyguard Chardonnay and Sequentis Merlot.

As usual, Sal Ercolano, proprietor of West End and Flora restaurants and Taste of Wine & Food’s 2020 Restaurateur of the Year, scheduled an additional night to accommodate the demand for the most recent Daou Family Estate’s wine dinners — three nights in total.

Guests savored the four-course and dessert wine dinner. The evening kicked off with a few of Chef Noe’s bites, including salmon carpaccio, stuffed mushroom, and bacon-wrapped date served with Daou’s Sauvignon Blanc.

The second course was Spanish Octopus garnished with oregano and parsley alongside fingerling potatoes paired with one of the two new releases – 2020 Bodyguard Chardonnay.

Bodyguard is dedicated to Daniel and Georges Daou’s mother, Marie Daou, who always protected the four children, the boys and their sisters, including when an errant missile hit outside their house in Lebanon where the brothers grew up before migrating to France and then the US.

Sequentis is aged 20 months in 50% new French oak with deep opaque coloring Daou is known for with plum and black cherry palate. The arrival of Sequentis supports what Senior Editor Mangio mentioned last week – merlot is alive again after 15 years of the negative impact from the movie “Sideways.”

Dinner featured West End duck confit as the fourth course, potentially one of the best confits in all of San Diego. The confit was served with garden-fresh zucchini, mashed potatoes, and one of the top $50 cabernets on the market, Daou 2019 Reserve Cabernet.

The evening concluded with chocolate pudding topped with raspberries served alongside Daou Pessimist Red Blend (syrah, petite sirah, zinfandel, and tannat). It was a flavorful pairing.

— Ercolano’s next wine dinner series is at Flora Bar & Kitchen, Carmel Valley (San Diego) for three big nights of legendary Napa Valley Wagner Family / Caymus Vineyards at 6 p.m. on Tuesday, Thursday, and Friday, Oct. 19, 21 and 22.  Caymus has earned a reputation for quality and consistency, perfect for the Flora menu of unique dishes. The cost is $85 per person plus tax and gratuity. Call 858-461-0622 to reserve your seat.