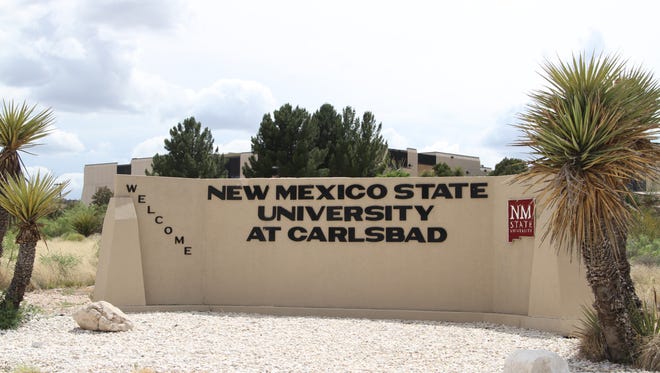 New Mexico State University (NMSU) Carlsbad Interim President Dr. Andrew Nwanne said building a dorm would be one of the college’s top priorities after its transition.

Efforts to expand the campus and add housing have gone largely ignored according to a column written by the vice-chair of the mayor’s Task Force on Higher Education for the Carlsbad Current-Argus John Heaton.

The transition of NMSU Carlsbad to SENMC began on July 1 after a push to regain community control of the college.

Housing was a long-held issue in Eddy County and Carlsbad as oil and gas industry workers flocked to the area. Nwanne said staff had issues finding affordable homes, especially during the peak period of the oil boom.

“In some instances, you hire people then after hiring them they start checking and say ‘oh it’s too expensive. I’m not coming,’” Nwanne said.

Nwanne said he hopes to incorporate housing for teachers and staff along with student dorms.

Eddy County was in the top 25 percent of counties with the highest cost of rent in the U.S. and was the second most expensive in New Mexico, behind Los Alamos, according to the U.S. Department of Housing and Urban Development’s (HUD) Fair Market Rent (FMR) which averages to $400 to $920 a month. Some colleges offer housing options for families and most allow students to pay the cost along side their tuition and offer payment plans.

Students that don’t live on campus at these colleges can expect to pay between $570 to $770 a month for single person apartment. In Eddy County these costs start at around $842 a month for a studio apartment and go up to $1,776 for a four-bedroom home. On average, the counties Fair Market Rent (FMR) are 12 percent higher than Albuquerque’s and 29 percent higher than Las Cruces’.

Nwanne said offering housing would attract students from outside of Eddy County. The college’s nursing program ranks No. 1 in the state according to registerednursing.org.

Recruitment advisor Raymond Dominguez said most people interested in the college ask him about the program.

Plans for on-campus housing won’t begin until a board of trustees for SENMC was elected in November, according to Nwanne. The board members will be elected in the November general election from the community and will get to decide on this and other top-priority projects.