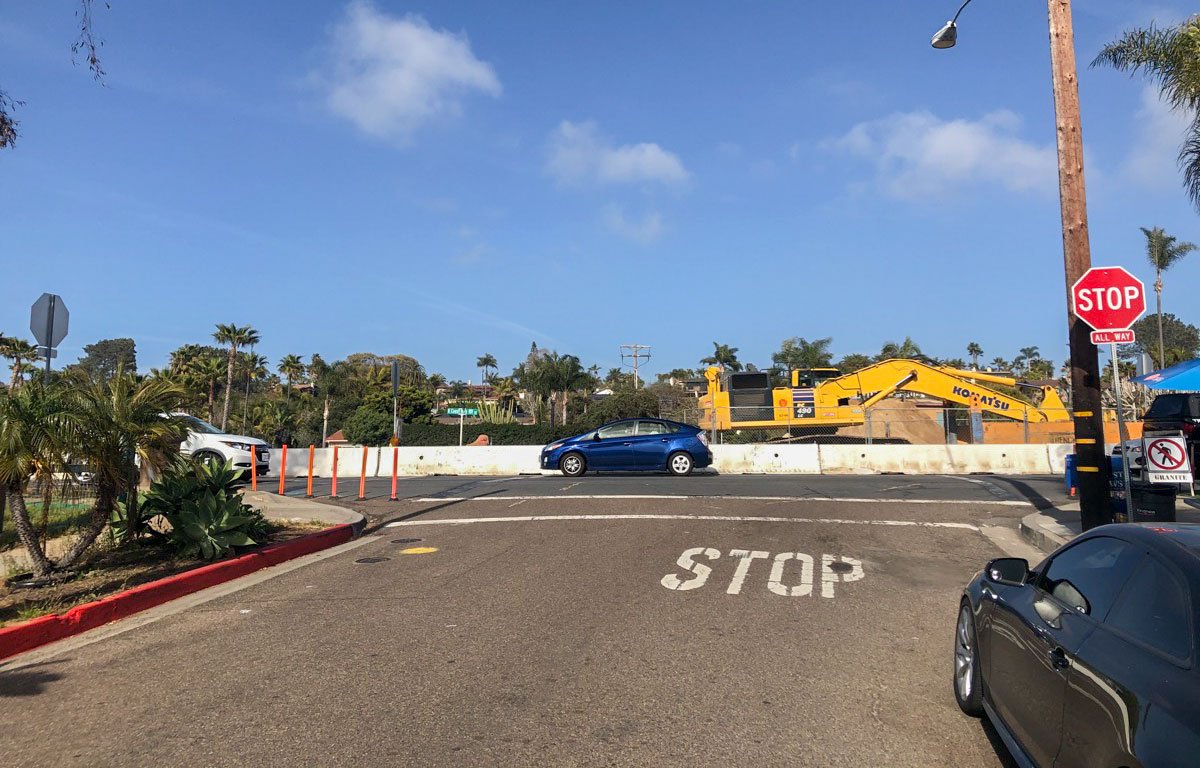 ENCINITAS — The city’s removal of two stop signs at a three-way intersection on North Coast Highway 101 and Marcheta Street could create difficulties for local drivers entering the highway, according to a recent city release.

Rather than using Marcheta Street, the city advises travelers to use an alternate route when attempting to turn left to travel northbound on the highway. The removal of the signs is designed to improve traffic flow amidst Leucadia Streetscape construction efforts.

Leslie Spring, a support consultant for public outreach on the Streetscape project, clarified that the removal of the stop signs will be a permanent change. According to Spring, electronic message signs will be placed around the intersection to notify drivers of the coming change.

“The removal (of the stop signs) will happen two weeks after the city posts advanced warning of the improvement via electronic signage on N. Coast Highway 101,” Spring told The Coast News. “But first, the city is notifying residents and businesses in the surrounding area to provide them with advanced notice of the change.”

“The ultimate plan for this stretch of North Coast Highway 101 is to reduce traffic to one lane in each direction, which will slow traffic down, so the impact to the ability to turn north out of the neighborhoods will be minimal because now left turners will only have to cross one lane of traffic instead of two,” Wimmer said in an email. “By removing the stop sign now, as part of the Leucadia Streetscape plan, we are able to help the flow of north and southbound traffic during construction and afterward.”

The signs’ removal comes alongside other roadway changes, including widened bike lanes, roundabouts, pedestrian walkways, and highway lane reductions, “that have been designed and approved after the city conducted a comprehensive traffic study of the area,” according to the newsletter.

There’s currently no official date to implement the electronic signage.

The Leucadia Streetscape project, which began construction in January 2021, is city officials’ hope to benefit the locality in a number of ways that include safety, lifestyle, economic, and environmental changes.