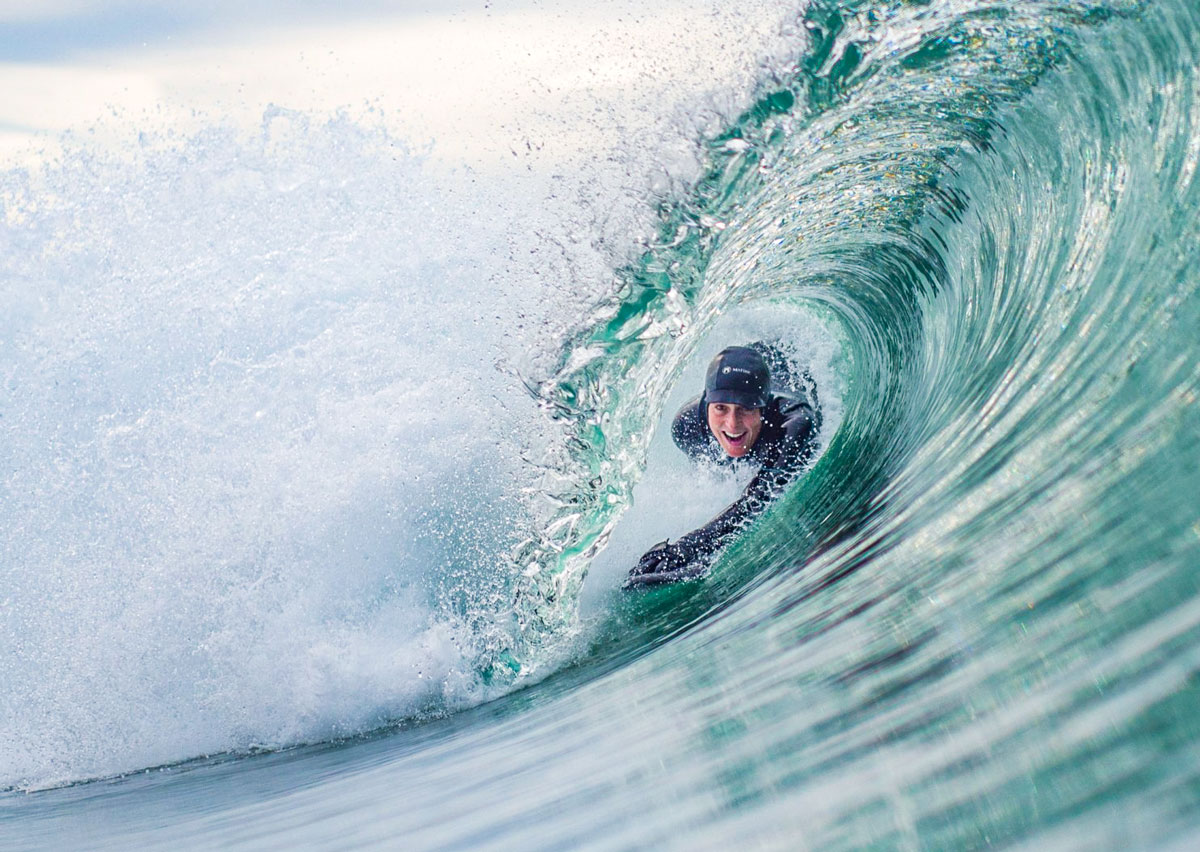 Meredith Rose eyes the ocean blue off Del Mar and into the water she goes.

“I used to be a board surfer but I transitioned to bodysurfing because it’s just you and the ocean,” she said. “There really isn’t a lot of equipment.”

Rose pierces the waves almost daily but she’s hardly alone, especially on weekends. Not when the Del Mar BodySurfing Club is conducting its clinics that combine fun, fundamentals and the freedom from being landlocked.

All with a splash of water, of course, which is shaken and stirred.

“Once you have that good experience and a good ride you just want to keep chasing that feeling,” she said.

Rose, 50, has the feel and fortitude to be a four-time, age-class bodysurfing world champion. While she’s an elite performer and a proud DMBC member, the club also welcomes those doing a cannonball into the sport for the first time.

Each Saturday and Sunday, from 9 a.m.-noon, the DMBC conducts free instructional sessions. It teaches those fresh to bodysurfing the dos and don’ts with a smile and laugh.

Good luck finding any bodysurfer, and any level, exiting the surf with a salty attitude.

“Why go to the beach if not to have fun?” Vince Askew asked.

Inquires about the DMBC usually go to Askew. He’s the ringleader of this group which is big on playing and short on formalities.

“I’m the kind-of-president,” said Askew, a former baseball coach and player at the University of California, San Diego.

Askew, 64, chuckles and he has the vibe of someone who’s spent his life with his head tilted, coaxing water from his ears. He’s eager to aid a club that was founded in 2012, but really has roots going back some five decades.

Initially Askew was a board surfer until spotting bodysurfers off Del Mar’s Powerhouse Park back in 1977. He thought he was decent riding the waves sans a board until he saw others shredding the sets minus one.

“I had never seen guys body surf like that before,” Askew said. “It was amazing.”

Carmel Valley’s John Hughes, one of those in the water then, noticed Askew’s intrigue. He invited him to their next 9 a.m. session.

“That was back in my younger days and I liked to go out on Friday and Saturday nights,” Askew said. “The only way I could make it was if he phoned me at 8 a.m. to get me out of bed.”

Askew answered the call and has been hung up on bodysurfing since.

“I told John he didn’t have to call me anymore because I was hooked,” Askew said. “But to this day he still calls me at 8.”

This is DMBC’s call to arms, meaning those limbs that move through the water. Its members are eager for others to join its club with no dues, even those with trepidation.

“Just show up,” said Askew, which is always the DMBC motto. “Just put your ankles in the water and stand there. I make only one guarantee and that is you won’t regret it.”

Sunday’s session came with a heavy heart as a paddle-out memorial was held for Jody Hubbard, a longtime DMBC member and a former Encinitas City Council member, who passed away recently. Her late father, Dick Hubbard, once was the club’s oldest member at 87.

Carlsbad Dave Hadden, 80, is the most senior bodysurfer in the current lineup. The ages range from Hadden’s to kids accompanying their parents and grandparents.

“We’re all beginners at some point,” Rose said. “The most important thing is to get comfortable in the water.”

Some of the 60 or so DMBC members are tuning up for the world championships in Oceanside later this summer. Others are primed for their next social event, of which there are many.

“We get people from all walks of life, all professions and all ages coming from all over the place to get in the ocean,” Rose said. “Being in the water with these people is a big part of the fun.”

If this is your summer of slipping into a warming Pacific, go to dmbc.com. Or as its slogan says, “Just Show Up.”