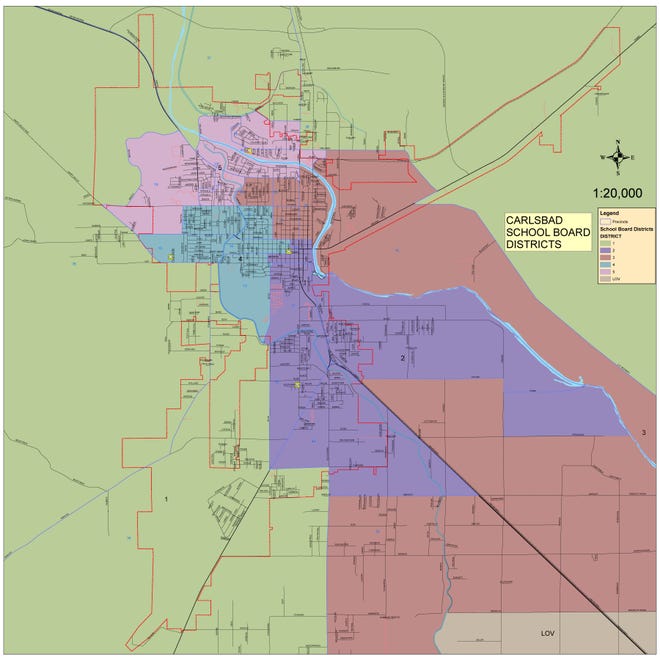 Southeast New Mexico College (SENMC) is looking for candidates for the college’s board of trustees as it transitions from New Mexico State University (NMSU) Carlsbad to an independent college.

The board of trustees will be made of five elected members, one from each district in Carlsbad, according to Carlsbad Mayor’s Higher Education Task Force member and President and Chief Executive Officer of CNB Bank in Carlsbad Jay Jenkins.

Jenkins said the task force sought people of all backgrounds to join and create a diverse board that will be able to make a difference in the college and the community.

Interested candidates have until Aug. 24 to apply at the Eddy County Clerk’s office. The election will be held in November.

NMSU Carlsbad Interim President Dr. Andrew Nwanne said the election of a board will allow the community to be more involved in what the college does.

“NMSU is a great college. Make no mistake about it,” Jenkins said. “It’s just we believe in the Legislature and our governor, which signed the bill and believes locally we can do a better job.”

Jenkin said school board members will be responsible for making decisions for SENMC and provide oversight. Responsibilities include hiring a president to represent the school and deciding how the college will use a $40 million surplus.

“They’re going to be the caretakers of that and seeing how that money is going to be spent to enhance the educational opportunities for folks,” Jenkins said.

Both Jenkins and Nwanne said having a college board will allow the community college to address issues locally and likely be able resolve them faster. Nwanne said that having a local government for the school could shorten the time it takes to make changes and implement improvement by 60 percent.

More:NMSU Carlsbad staff will be required to be vaccinated or test regularly

One issue Jenkins is hoping will be resolved by the board is the campuses slow internet access.

“We learned that hearing from the students that the Internet service was really bad up there and I just couldn’t believe that from an education facility in our community,” Jenkins said.

He said the board will be able to look into enhancing the technology on campus, integrating new educational programs and even creating new facilities like dorms.

The Higher Education Task Force meet every Wednesday at 7 a.m. via Zoom. Jenkins said anyone interested in becoming a board member should reach out to Kyle Marksteiner at kmarksteiner@cityofcarlsbadnm.com.