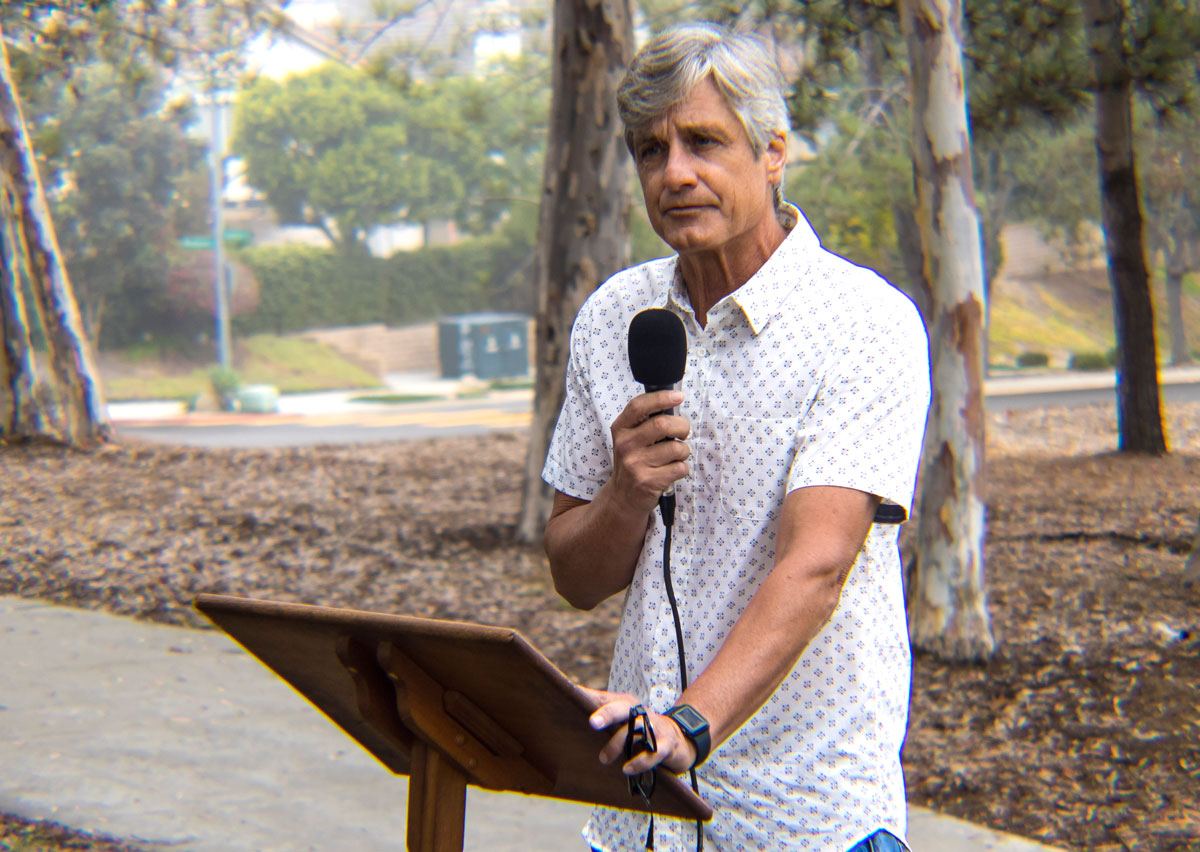 The teachers union presented several speakers on Saturday at Solana Highlands Park (located within the district’s Trustee Area 4 in Carmel Valley) who expressed their distrust and dissatisfaction with the leadership of Allman who was elected to the seat last November.

Stephanie Kowack, a resident of Area 4, said during her speech at the event that when she began getting involved with the district eight years ago she felt the success of SDUHSD stemmed from good communication and respectful collaboration.

“There was no political or personal agenda, just compassion and continuing to strive to make our school environments better,” Kowack said. “Especially in the last six months, we’ve seen a dramatic shift.”

Kowack, whose dislike for Allman goes so far that she doesn’t like to use his name, says the breakdown of trust and collaboration began before Dr. Robert Haley was hired as superintendent in 2018 and was worsened following the election of Michael Allman.

She and others who support Allman’s recall believe he has higher political aspirations that do not allow him to represent the needs of the district.

“Michael Allman does not have mutual respect and is not invested in this district nor its students,” SDFA President Duncan Brown said at the event. “His children went and graduated from private schools. He’s only using his position as a board member as a stepping stone toward running for congress, again.”

Allman ran in the open primary elections in 2018 for the seat held by Democrat Scott Peters. Allman finished in fifth place in the race with 3.9% of the vote.

Peters was re-elected to the seat with 63.8% of the vote.

Andie Gately, a student at Canyon Crest Academy, said she became more involved with the business of the school board last winter when it started discussing plans for reopening during the COVID-19 pandemic.

Gately expressed concerns with certain actions from Allman regarding students, such as attempting to schedule a Zoom call with her and other students who did not support reopening, which she said was against district bylaws.

“Some people can be so consumed with their own political agendas that they are willing to put the lives of students and teachers at risk to advance their own careers,” Gately said. “Michael Allman and his lack of empathy are cancers that will only spread if we let them.”

Following the speakers, those in attendance were given brief instructions on how to canvas for signatures before beginning to walk into the nearby neighborhoods to collect.

To initiate the recall election, SDFA must collect 5,000 signatures. If enough signatures are collected, an election is not expected until next spring.

A group of SDUHSD teachers has also launched a website that also includes concerns regarding the appointment of Ty Humes to Area 5, which has already been made void with a new election expected this year, and residency questions of Board President Maureen “Mo” Muir.

“That has been a tireless effort of volunteer teachers and parents,” Ann Cerny, a teacher at Earl Warren Middle School who helped launch the website, told The Coast News. “It took months and months to get that ready. It was basically my whole summer. A bunch of people worked tirelessly on that, and we still are.”

The district says it collected over 100 signatures following the event.

Allman has made it clear in comments during a school board meeting and in comments to The Coast News that he will put in every effort to fight off the recall attempt.