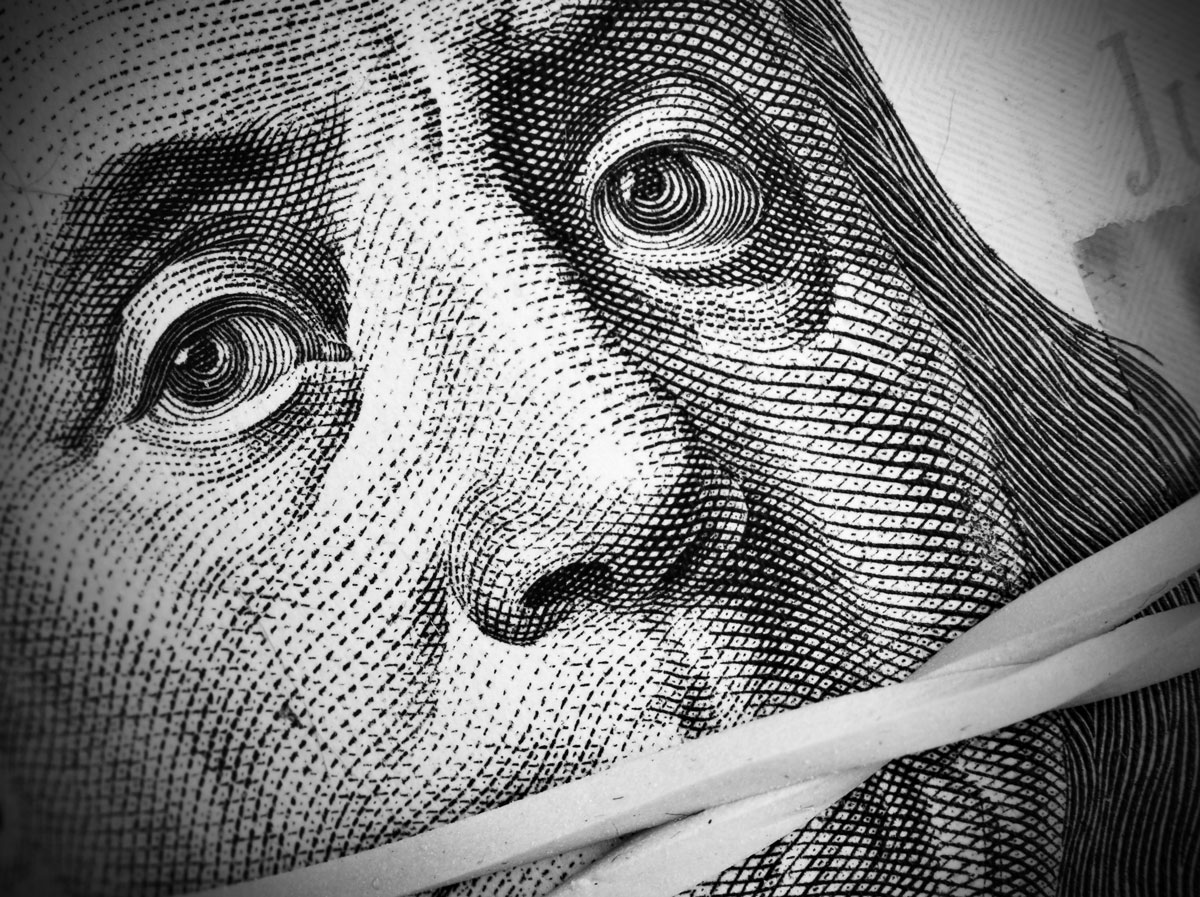 ENCINITAS  — Former city officials are questioning the roles of Mayor Catherine Blakespear and other members of the Encinitas City Council after the city awarded a local cycling advocate an $11 million claim settlement following a bicycle accident in Leucadia in 2018.

Blakespear, Kranz and the late Jodi Hubbard voted 3-0 in favor of the settlement, according to the city clerk.

Hinze, a close personal friend of Walker, was the only council member to recuse herself from any meetings, votes and discussions on the matter citing a “common law conflict.”

But critics suggest the eight-figure settlement was an example of blatant cronyism, a violation of their oaths of office and possibly an illegal gift of public funds.

“Anytime a bicyclist gets hit by a car, it’s a horrible situation,” said Jerome Stocks, former Encinitas mayor and longtime council member. “But how does the City Council justify a more than $10 million settlement? In what way was the city liable for this accident?

“They should have recused themselves from the situation in total and handed it over to an independent third party or judge because they had personal relationships with the plaintiff.”

Pam Slater-Price, a former Encinitas mayor and County Supervisor, felt the council’s actions in the days, months and years following Walker’s accident were not in the best interest of the city.

“I was appalled at the whole thing,” Slater-Price told The Coast News. “The thing is, once you take your oath of office, your primary allegiance is to the city. I think (Blakespear) showed extremely poor judgment and her actions put the city at risk. Now taxpayers have to pay out more than $11 million.

“This was especially egregious because Blakespear is an attorney and she would have been trained in that — much more than an average person. She knew better than to go out and make statements that put the city at risk.”

In an email response, Blakespear confirmed to The Coast News that she did not recuse herself from any discussions, meetings or votes regarding the Walker settlement.

“As the Executive Director of the Cardiff Mainstreet Association and a civically active resident, Roberta was well known to me,” Blakespear said. “We did not have a close personal relationship that would impair my objectivity in consideration of the litigation that the city faced.”

When asked why the city decided to settle Walker’s claim, Blakespear explained she was not permitted to share the reasons for the decision.

Kranz also offered a similar explanation for his participation in closed session talks regarding the Walker settlement.

“The situation with Roberta was one of the most challenging because I have known her for many years and really admire her advocacy efforts,” Kranz said. “It was especially difficult to consider the situation and make decisions about what was in the best interest of the city. But there are some very difficult parts of this job and I was quite capable of analyzing the situation we found ourselves in and making a decision that was in the interest of the city.”

But Stocks questioned whether Kranz and Blakespear were able to objectively look at the facts involving an individual whom they have both known for years.

“The City Council is not an unbiased body,” Stocks said. “When it comes to lawsuit negotiations, you’re not supposed to be on the other guy’s side. You’re on the side of the city. You swore a solemn oath. I think it’s questionable that the oath was honorably and ethically upheld by agreeing to this form of settlement in this manner.”

At approximately 6 a.m. on December 8, 2018, Walker, then executive director at Cardiff 101 Main Street Association, was riding her bicycle in a “sharrow” lane (allows both bikes and cars) on North Coast Highway 101 when she was hit from behind by a truck headed southbound near the Phoebe Street intersection in Leucadia.

According to Walker’s GoFundMe page organized by Blair McKinney, “(Walker) was wearing a helmet with a large light on the back. There was reflective gear and a headlight on her bike and she was traveling in a bike lane.”

It remains unclear whether McKinney authored the post and if she witnessed Walker’s accident.

After news of the settlement, an eyewitness who wishes to remain anonymous, reached out to The Coast News to describe a slightly different scene that morning.

“I saw a white truck pass going south and moments later heard the crash,” the witness said. “The truck driver and his passenger rushed to assist Roberta and never left her side.

“After calling 911, the passenger handed me her phone so I could give the operator the location since they were not from the area. We were in front of 101 Piercing. I put the flashers on in the truck. At that point, a couple of other people stopped and joined us.

“Roberta had a helmet on. I did not see any lights or reflective gear. After the paramedics and firemen arrived, I went to leave and found a cell phone on the sidewalk. I gave it to one of the firemen. I took the opportunity to talk to Mayor Blakespear and told her what I had witnessed that morning. Such a tragedy.”

During the witness’s conversation with Blakespear, they suggested that Walker possibly cut behind the Leucadia Post Office before exiting onto Coast Highway 101 in front of Piercing 101.

“That would explain why I saw the truck pass going south but did not see Roberta pass,” the witness said. “I asked the mayor what Roberta said happened and she said Roberta did not remember.”

The Coast News requested Walker’s accident report from the San Diego County Sheriff’s Department but was informed it was “exempt from disclosure.” Law enforcement did not provide any further explanation and closed the request.

The driver who struck Walker was released and never charged with a crime. The Coast News contacted the driver to learn more about what happened that morning but he did not respond to multiple requests for an interview.

In social media groups, some have asked if Walker’s bike had no lights or reflective gear and the driver was never charged with a crime, why would the city be liable for the accident?

In the wake of Walker’s tragic bike accident, the Encinitas City Council held a meeting to discuss the tragic event and immediate solutions for the roadway.

Blakespear was passionate about implementing “real change” along the Coast Highway 101 and she called for speedy action to improve bike safety measures in Leucadia by implementing elements of the controversial overhaul known as Leucadia Streetscape.

“I’m sick over what happened to her,” Blakespear told The Coast News on Dec. 11, 2018. “I’ll be requesting that city staff put together an immediate plan to have the road operate as it will after Leucadia Streetscape is finished. We need a dedicated bike lane there and the roundabouts installed, even if they are only temporary structures.”

During the meeting, Blakespear continued: “I think it’s really important we actually make interim changes now, like within six weeks, immediate changes that do include a bike lane and do actually make it safer in the corridor while we proceed with Streetscape in the most expeditious manner,” Blakespear said during a Dec. 12, 2018 meeting, just four days after Walker’s accident.

Hinze, then executive director at Leucadia 101 Main Street Association, a sister organization to Cardiff 101, organized a “Ride for Roberta” event on December 15, 2018.

Approximately 200 people attended the event, including Blakespear, who gave an impassioned speech about bike safety.

“Roberta was hit one week ago, right next to us, on Coast Highway,” Blakespear said during her speech at the event. “And we are all here today, one week later, because many of us, my family included, my husband and my two kids, have spent the week grieving…”

Blakespear asked the crowd tearfully, “And why do we grieve? For some of us who know Roberta well, it’s because she was a friend…she is a friend.”

On May 24, 2019, Santa Ana-based law firm Callahan and Blaine filed a lawsuit against the City of Encinitas on behalf of Walker and her husband, John Paul. The complaint alleged a “dangerous condition of public property” and “negligence” (the negligence allegation was later replaced with “loss of consortium”).

Attorneys representing the City of Encinitas issued a general denial of the allegations with 25 affirmative defenses, one of which argues that “(the city) exercised reasonable diligence and ordinary care in inspecting and maintaining the public property in question, and the alleged dangerous condition was so trivial, or alternatively, so obvious to persons using due care that defendant took no action to remove or warn of such a trivial and/or obvious danger, still conforming to the standard of reasonable and ordinary diligence.”

A civil jury trial was scheduled, but on March 9, 2021, Walker’s attorney, Ed Susolik, confirmed to The Coast News the city had reached a settlement agreement of $11 million.

“As revealed by evidence from the lawsuit, the sharrow lane was a dangerous roadway because of the volume and speed of the vehicle traffic that traveled along the subject stretch of North Coast Highway 101 and because the City encouraged cyclists to use the area by including it on the bikeway master plan,” Susolik told The Coast News in a written statement. “The evidence also showed that the roadway was also not wide enough for two lanes of travel, a buffer lane and parking.  The bottom line is that the City should have created a dedicated bike lane in the southbound direction of Highway 101 — just as the City had done on the opposite side of the roadway in the northbound direction.”

Callahan and Blaine had recently obtained several high-dollar settlements for its clients, including a $50 million personal injury settlement with the City of Dana Point after two women were struck by a vehicle while jogging on Pacific Coast Highway and $15.5 million for a cyclist who was rendered paraplegic after a bicycling accident in Malibu.

According to Susolik, the particular stretch of roadway where Walker’s accident occurred was not wide enough to have two driving lanes, a parking lane and a buffer lane.

Susolik said the current setup was included in the city’s Bikeway Master Plan, but “the roadway was not ready for it.”

“It should have been a single lane of travel, with a dedicated bike lane and parking,” Susolik said.

According to Kranz, Walker’s attorneys were seeking “significantly more money than the $11 million settlement.”

“As a council member, I had to decide if fighting was at the risk of losing and put the city’s financial condition in jeopardy,” Kranz said. “Ultimately, the issue is if you’re gonna go to trial, you have to know there is a risk of losing and losing big.”

After the city’s insurance carrier agreed to cover the final settlement amount, Kranz said the city was not required to admit any fault, which prevented any potential infrastructure issues from being heard in a courtroom.

There was no confidentiality provision or nondisclosure agreement in the law firm’s settlement agreement with the city, according to Callahan and Blaine.

For Kranz, who wouldn’t discuss details of the case, the most important lesson from the entire situation is making the city’s roads safer for cyclists.

“What we are seeing with regard to bicycle crashes and accidents countywide is a cause for great concern and we are continuing to do everything we can to make bicyclists safer,” Kranz said.

But for Stocks, the settlement is “outrageous” and the result of a mayor and city council whose motives and authority have gone unchecked for too long.

“This council has a history of doing pretty questionable things and getting away with it,” Stocks said. “No consequences so they probably feel pretty insulated. It’s a city piggy bank. Apparently, it’s a trough. How big of a ladle do you want from the trough?”