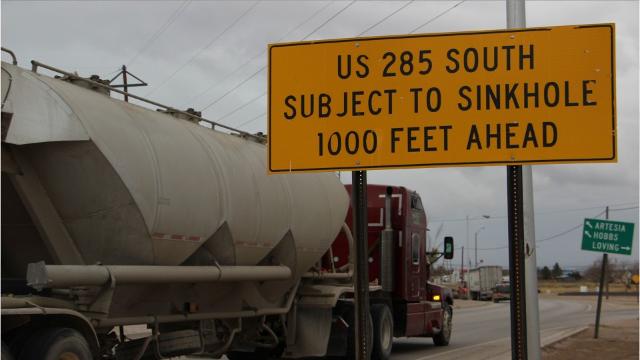 Work at the Carlsbad Brine Well resumed in late August after a nearly 14-month layoff, said an official with the New Mexico Energy, Minerals, and Natural Resources Department (ENMRD).

He said more than 76,000 cubic yards of sand was needed to fill in a massive void in the northern portion of the Brine Well located along U.S. Highways 285 and 62/180 where the South Y forms in Carlsbad.

“This week we are mobilizing to a Bureau of Land Management (BLM) sandpit to the northeast of town (Carlsbad). We’ve got a free use agreement with the BLM to provide us with sand at no material costs,” Griswold said.

He said using the BLM sand could save ENMRD some money.

Before fill-in work begins, Griswold said crews would conduct sonar tests to see if any physical changes occurred in the northern portion during the layoff.

“It’s very important to see if the configuration of the cavern or the cavern roof itself changed over the period of time from July of 2020 to now, especially if there’s been any response to these seismicity issues,” he said.

“The monitoring equipment has not shown any abrupt movement in the ground in that area in response to those earthquakes. Other than the earthquake itself,” Griswold said.

He said sonar logs would provide additional information on the cavity and its roof to determine if any movement was noted during the Texas earthquakes.

Sonar work was scheduled to start Sept. 27 and other tests at the Brine Well were slated to being the week of Oct. 4, Griswold indicated.

He said fill-in work could start Oct. 11 depending on what sonar data reveals.

“One concern is hoping there will be enough funding left once the process is complete to conduct seismic monitoring for several years. We are also reaching out to local experts to try to get a better understanding on Tuesday’s meeting.”

The Carlsbad Brine Well operated from 1978 to 2008 as a source of brine (salt-laden water) for use in oil well drilling, read ENMRD’s website.

“Fresh water was pumped into the subsurface to dissolve subsurface salt layers, creating a brine that was pumped out and trucked to the oil fields for use in drilling and completions. Removal of the salt created an underground cavity and a risk of collapse of the overlying ground,” the website stated.

OCD recognized the hazard in Carlsbad after a brine well southwest of Artesia collapsed in July 2008. A second brine well north of Loco Hills collapsed in November of the same year, the website indicated.

“It has been estimated that a similar collapse at the Carlsbad Brine Well could cause in excess of $1 billion in damages, affected a main irrigation canal, a major highway intersection, a rail line, and multiple businesses and residences,” according to the website. 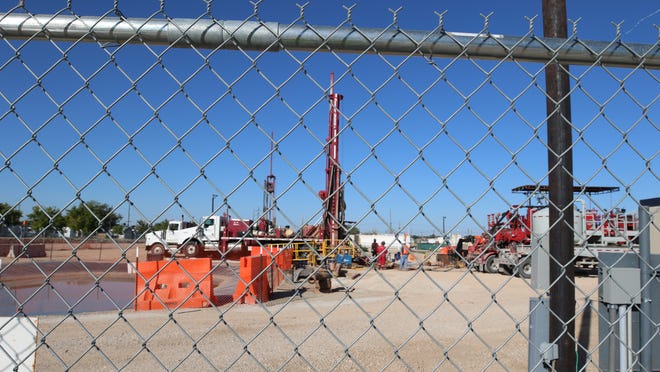