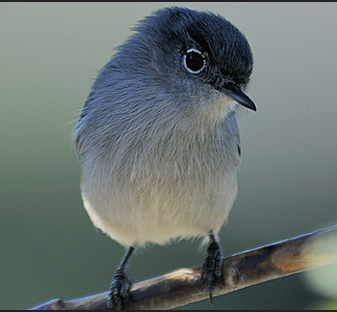 The Service listed the gnatcatcher as threatened in 1993, primarily due to habitat loss and fragmentation resulting from urban and agricultural development and other associated factors. The Gnatcatcher RCS will establish new conservation lands contributing to the recovery of the gnatcatcher and increase training flexibility on southern California Marine Corps installations.

“Finalization of the RCS is an important milestone in our cooperative effort to balance wildlife conservation with support for military training in Southern California,” said Scott Sobiech, Carlsbad Fish and Wildlife Office Field Supervisor. “The system is as an example of how federal agencies can work together to meet their respective goals, and we look forward to building upon our trusted relationships.”

The Marine Corps’ Gnatcatcher RCS will rely primarily on the Department of Defense Readiness and Environmental Protection Integration Program to fund conservation and management of land occupied by gnatcatchers, supporting the Service’s efforts to protect occupied habitat from development and other disturbances.

Under an RCS, a federal agency conducts activities that benefit threatened and endangered species on non-federal lands, creating a “bank” of credits used to offset any adverse impacts to the species resulting from certain actions.

In exchange for conserving gnatcatcher habitat, the Marine Corps will ease existing training restrictions within specific training areas on Camp Pendleton and Air Station Miramar that were put in place to avoid impacts to the gnatcatcher.

“This sustainable conservation effort will benefit the coastal California gnatcatcher, while giving our warfighters the flexibility they need to execute mission-essential training and maneuvers in our ecologically diverse training areas that both we, and the gnatcatcher, call home.”

The coastal California gnatcatcher belongs to the old-world warbler and gnatcatcher Sylviidae family. It is a small blue-gray, non-migratory songbird which measures 4.5 inches and weighs 0.2 ounces. It is found in or near coastal sage scrub habitat from southern Ventura southward through Los Angeles, Orange, Riverside, San Bernardino, and San Diego counties into Baja California, Mexico.