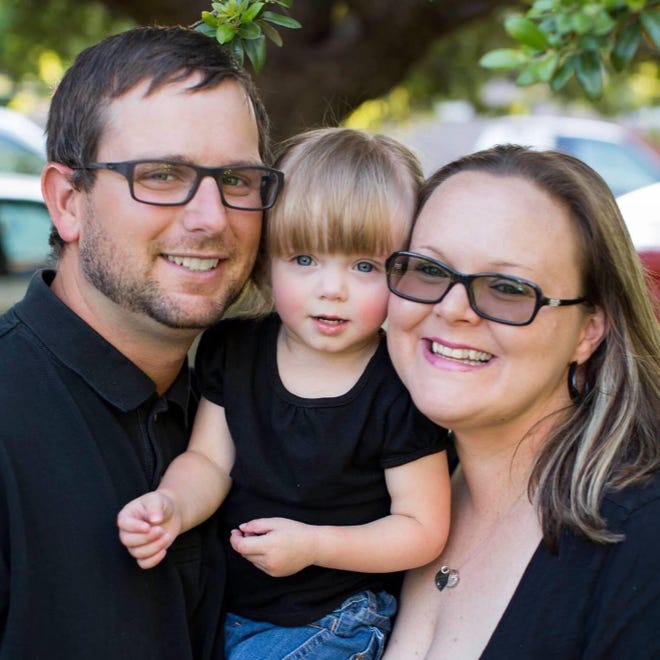 Some Carlsbad citizens reacted negatively to the mandates, staging protests against mask and vaccine requirements, while others remained silent about their fears and concerns.

Niki Lawson, a realtor for Berkshire Hathaway Home Services, said she feels like her family is in the minority in Carlsbad when it comes to the pandemic.

“I feel like the a majority of our area is more anti-mask and anti-vaccination,” Lawson said.

She lives with her husband who is an essential worker for the city, her daughter and her 60-year-old mother. Both Lawson and her mom have pre-existing health conditions that put them at risk of getting seriously ill from COVID-19.

“When this happened, our first thought was, you know, we have to keep everybody safe and so we you know, we did shelter in place.”

Lawson said she made the hard decision to home school her 7-year-old daughter because of the pandemic. She said she didn’t want her daughter to have to go back and forth from remote to in person learning so she enrolled her in the Stride K12 online school.

Nurse and mother of four Casey Martinez said she thinks the pandemic will be a constant cycle of quarantines and remote learning until more people do their part to stop the spread.

“We have two pandemics going on, COVID and disinformation,” Martinez “I think that most are in the mindset that they don’t need vaccinations because they aren’t old or immunocompromised and they can survive it.”

Martinez said she and her husband got COVID-19 in December after spending Thanksgiving with her family. She said she was 37-weeks pregnant at the time and almost went into labor without her husband.

Nicole Briscoe is an Albuquerque native planning to move to Carlsbad from Oklahoma with her father and 1-year-old son. The single mother said the COVID-19 pandemic greatly affected her family. After giving birth to her son with complications she said she was forced to move in with her father.

“I was kind of only relying on my dad’s income, but when one person tested positive, they had to shut down for 10 days multiple times,” Briscoe said. “With my dad being a construction worker, he didn’t get paid during that timeframe. There would be plenty of weeks where we were really stressing for money.”

Briscoe said she was able to receive some government assistance, but after her benefits ran out she was not able to reapply because she did not have access her son’s Social Security card.

“Because of COVID it made it almost impossible to get one, I couldn’t prove that he existed, and I lost my benefits after that, which made matters even more financially strained,” Briscoe said.

Briscoe said her father has already moved to Carlsbad to work at the U.S. Department of Energy’s Waste Isolation Pilot Plant and she plans to join his as soon as possible.

All three women said getting vaccinated and wearing masks have been an important part of staying safe during the pandemic.

“As soon as the vaccinations became available, myself and some of my family members got them right away,” Martinez said. “During the whole pandemic working as a nurse, including seeing positive patients, I have not become infected using the proper precautions while working.”

Lawson said the first time she went into a grocery store during the pandemic was to get her vaccine.

“The first time I went inside anywhere, other than our house, was when I got my vaccination at Albertson’s and I remember I had lots of anxiety. I felt socially crippled,” Lawson said.

She said most of her family has gotten vaccinated but is still concerned because her 7-year-old daughter is still not eligible to get it.

“To me it’s like playing Russian roulette with your kids’ lives,” Lawson said. “Do you want to risk that they’re one of the ones that doesn’t get sick? I don’t.”

Lawson admits she thinks masks are uncomfortable but continues to wear them for the peace of mind.

“Even if it doesn’t help 100 percent, at least it’s gotta help a little bit,” Lawson said. “Each precaution that you take just adds another layer of protection.”

Briscoe said she has not been able to get vaccinated yet because she is worried, she won’t be able to take care of her son due to the side effects.

Some of the vaccines side effects include tiredness, headache, muscle pain, chills, fever and nausea but are generally mild and do not cause long-term complications according to the Centers for Disease Control and Prevention.

“I can’t be under the weather like that and have someone watching my son. We’re about to move in with my father and I’ll have somebody else to watch my son during that time frame where I could finally be vaccinated,” Briscoe said.

Even though she has not been vaccinated, Briscoe still thinks it’s important for as many people to get it as possible and said she supports the regulations Lujan Grisham put in place.

“We’re not going to fix it if we don’t mandate it,” Briscoe said. “If we all just started putting anybody else just a little bit before ourselves, things might be a little bit better … people keep saying that their rights are getting taken away and whatever. No, the worse that is being done to you is you have to wear a piece of cloth over your face… its not about you anymore.”

Both Briscoe and Lawson say they worry about how the pandemic has affected their children.

“He’s a very social kid and he’s being robbed of his childhood already,” Briscoe said about her son who is turning two in November.

Lawson said she is concerned her daughter is missing out on socializing with other kids so she tries to do it from home.

She said her daughter joined her online school’s gaming club where she can play video games like Minecraft and Roblox with children in her age group. She said her daughter made a friend through the club and even set up play dates with other homeschoolers whos parents have been vaccinated.

“Just because it wouldn’t affect us doesn’t mean it wont affect other people,” Lawson said. “Don’t wait till it’s too late Just protect yourself and protect your loved ones.”

Just 32 percent of people in Eddy County are fully vaccinated, according to data from the New Mexico Department of Health.