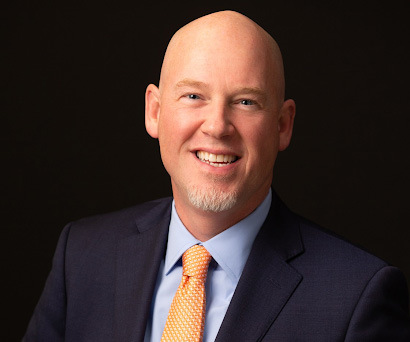 Dr. Benjamin Curchill, superintendent of the Carlsbad Unified School District, has a preternatural calmness to his demeanor.

Our conversation for this column was the first time I’ve talked to him. Upon reflection, there is something eerily wonderful about his bedside manner.

If you consider the tenure he has had, that will explain the “eerily wonderful.” Only four years into a tenure of one of Southern California’s unique school districts, half of his term has been defined by a once-in-a-century tribulation of biblical proportions — a pandemic that has taken millions of lives and is now in its second and third permeations with the delta and lambda variants.

However, there is a particular terror when it comes to school-aged children that are surviving the psychological, emotional and very real threat to their lives with a virus that is becoming more ruthless, if not desperate, as it goes along. But, as they say, the school must go on.

Churchill displays an authentic joy and a clear mindset on priorities — from focusing on the community, running a school district or his own blessed position as a husband and father of two daughters.

This past Monday, with my own teenager entering Sage Creek High School’s STEAM (Science, Technology, Engineering, Arts, Mathematics) program from Tri-City Christian Middle School, I received a robocall from Churchill, who sounds, yes, eerily wonderful. Or, at least, fearlessly delighted.

The message, at the outset of the school district’s opening, speaks of health, safety, excitement and an award-winning school district… all without missing a beat.

According to the Carlsbad Chamber of Commerce, the city’s top employers are Viasat (1), ThermoFischer Scientific (2), Legoland (3) and Carlsbad Unified School District (4).

In a business community that also includes such international brands as CoCos Bakery, Rubio’s Restaurants, Jenny Craig, Callaway and Taylormade Golf, that is saying something.

When I tell Churchill of Carlsbad Unified School District’s ranking, he is enthusiastic.

“We are number the No. 1 employer,” Churchill said. “We are the best!”

It’s not a boastful claim, but rather one with infectious zeal, promising confidence and spirit unbowed by the confluence of parents, teachers, city workers, vaccinations, unvaccinated, remote studying, graduations, resuming sports schedules that might drive a sane school administrator stark-raving mad.

Or, at least inflict with a migraine headache. Churchill talks to me of the community, teachers’ dedication and the board of trustees’ steadfastness.

Churchill comes with a background as an English Second Language (ESL) teacher in China for six years. He was recognized as the 2019 Innovative Superintendent by the Classroom of the Future Foundation.

“Teamwork and collective work is rewarded when students work in teams or projects,” Churchill says about the similarities between education systems in China and the U.S.

When my son asks him if he can sit on the board for his rocket launching club, Churchill responds with characteristic enthusiasm, “Yes, sir!  I can do that.”

In 2018, Measure HH, was approved by 55% of voters, authorize the Carlsbad Unified School District to issue $265M in bonds to fund capital improvements. The bottom line for the average “Carlsbad Joe” property owner — increase to property taxes with the bill on the average home in the district increasing to approximately $200 a year.

What has that bought us? Well, in the age of viruses and international pandemics, $85 million has been spent on six of the school district’s campuses including Sage Creek, Calavera, Buena Vista, Aviara, Carlsbad HS, Oaks schools. Phase two will include Aviara, Buena Vista, Jefferson and Valley.

Patrick A. Howell is an award-winning banker, entrepreneur, and writer. Howell’s integrated book of poetry design, “Yes, We Be,” debuted at the Los Angeles Festival of Books. His book “Dispatches from the Vanguard: The Global International African Arts Movement” was published in 2020.

Christian W. Howell is a Sage Creek High School honors English student. Poetry from his book, “13 Things I Love,” has been reviewed by Quincy Troupe and he has asked poet Nikki Giovanni, “What inspires you to write poetry?”  Christian’s memoir, “The Memoir of an 11-Year-Old,” describes meeting Barack Obama, hearing Bill Clinton speak and his aspirations as an intergalactic space miner.