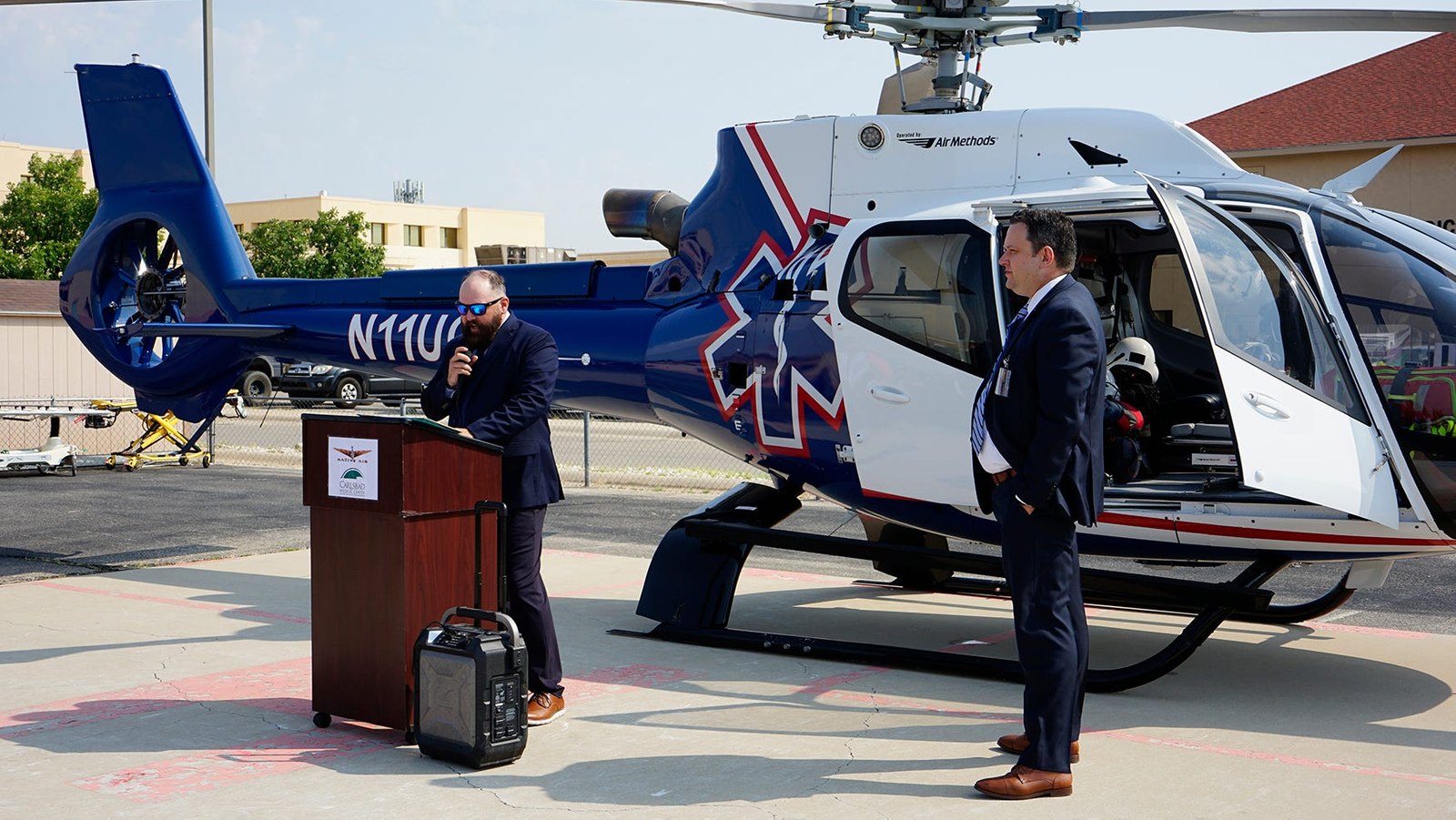 CARLSBAD, N.M. — Patients needing advanced medical care in southeast New Mexico will now have the opportunity to receive rapid assistance as Native Air 29, a division of Air Methods, announced its helicopters would be stationed at Carlsbad Medical Center (CMC).

“It just ensures quicker access. We’re already there. We don’t have to respond from somewhere else. When the need for emergency care transport arises that’s just less time a patient has to wait for an air medical asset to arrive,” said Jim Burt, account executive for Air Methods.

The decision to move the base to Carlsbad Medical Center came after an extensive review of local needs, he said, and meetings between Air Methods and community and hospital leaders.

“As a Level III Trauma Center, CMC has the capability of caring for many of these traumas locally, but when a higher level of care is needed and time is of the essence, emergency air medical transport and treatment is often the only access to lifesaving emergency care – providing access to people who otherwise would not have been able to make it to a higher-level trauma center,” he said

“In the case somebody is in need of that, we have that with us and it cuts down on transport time,” he said.

Native Air crews are trained to provide trauma care after an accident and can administer clot-busting medications that must be given shortly after a major stroke to significantly improve outcomes, the release cited.

Native Air established operations in Carlsbad more than 20 years at the Cavern City Air Terminal with an airplane. Burt said the helicopter was in place since 2014.

“This could speed up emergency response by a few minutes, which is critical during lifesaving efforts. We’re happy to work with Native Air and Carlsbad Medical Center on emergency response and we appreciate their professionalism,” he said.

Founded in 1980, Air Methods is based in Colorado, according to the company’s website.

“Native Air has been able to care for thousands of lives in the 23 years that they have been providing service to the Carlsbad area, and we’re pleased that Native Air 29 will now be based right here at Carlsbad Medical Center. This new base location will continue to ensure residents in our area will have access to air medical services, resulting in quicker response times for emergent and trauma situations,” Arledge said