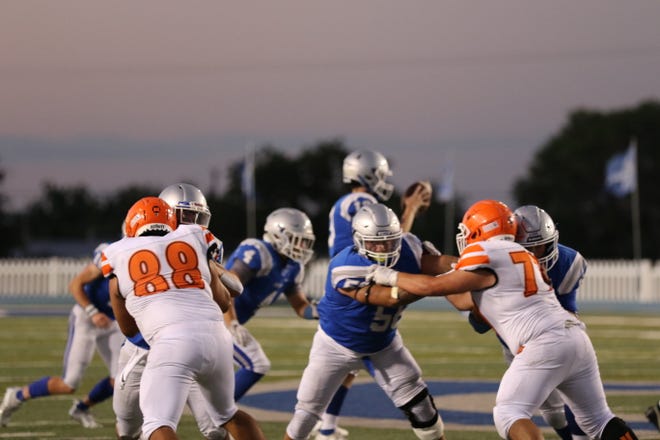 The Carlsbad Cavemen face off with the Artesia Bulldogs in the 105th Eddy County War on Aug. 20 at Ralph Bowyer Stadium in Carlsbad. Kick off is at 7 p.m.

The Cavemen, who lost head coach Rex Henderson in 2021, look for a repeat win at the first home game – and opening game- of the season.

Carlsbad wins 31-6 and will take on Roswell Goddard next week. Carlsbad forced six turnovers and has beaten Artesia in four straight meetins.

Carlsbad with its first turnover of game as it was deep in Artesia territory. Artesia takes over with 6:51 left in regulation and down 24-6. Headed down to the field. Will update with final score later and other notes.

Another turnover by Artesia at end of third quarter gives Carlsbad ball to start fourth.

Carlsbad takes advantage of interception and Dane Naylor connects on 28-yard field goal to give the Cavemen a 24-6 lead with 53.4 seconds remaining in third quarter.

Wow, Carlsbad QB Dane Naylor scores on 22-yard run on 4th and 19 and Carlsbad up 21-6 on Artesia. Opening drive was took more than 6 minutes.

Carlsbad misses 33-yard field goal right before half. Carlsbad up 14-6 on Artesia.

Artesia answers on a 26-yard TD pass from Nathan Taylor to Vance Cabogason. PAT failed. Carlsbad up 14-6 with 1:09 left in first half.

A promising drive for Carlsbad ends on downs inside Artesia 30 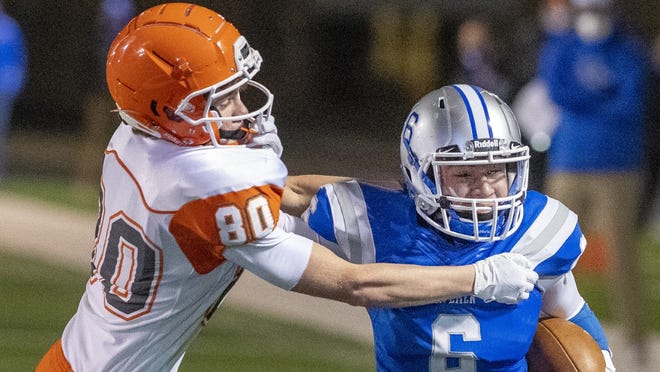 Carlsbad takes 7-0 lead after forcing fumble. Dane Naylor with 2-yard TD run and adds PAT. Artesia has three turnovers in first quarter. There is 3:26 left in opening quarter in Carlsbad.

Carlsbad punts on its opening possession

Carlsbad ends Artesia drive with an interception by Jonathan Fuentes in the end zone.

Carlsbad intercepts pass but fumbles and Artesia recovers at Carlsbad 20.

I’s 93 degrees at kickoff and a really nice crowd for both teams. Artesia to receive opening kickoff.

In 2018 Carlsbad defeated Artesia, 28-14, for the first time in five years. And in 2019 repeated the feat 48-35, when Carlsbad’s Nate Najar scored on a 12 yard run in the final minutes of the fourth quarter. The two teams played in March of this year and Carlsbad won, 35-34, in a game played in Hobbs.

Carlsbad is coached by Gary Bradley and Artesia is coached by Jeremy Maupin. Teams did not play last fall due to the COVID-19 pandemic.