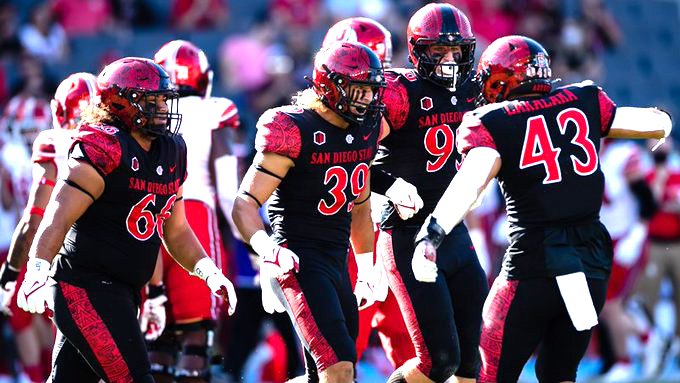 ‘Twas a crazy weekend of sports. I thought Halloween was the final weekend of October and not September.

Sports is our release from our focus on responsibilities and mind-boggling situations. But this past weekend had it all in every sense of the word. Plenty of surprising results and shocking upsets during the first four weeks of the 2021 college football season.

First, Bowling Green University, a 31-point underdog against Minnesota, goes into Big Ten country and pulls off the huge upset against the Gophers, 14-10.

No. 7 Notre Dame, 6-point underdogs against No. 12 Wisconsin, in a game played at Soldier Field in Chicago, trailed the Badgers 13-10 late in the third quarter, then scored 31 unanswered points to take down Big Wisky, 41-13.  Next up, the No. 6 Cincinnati Bearcats travel to South Bend on Saturday. Notre Dame is now 11-0-2 in Chicago.

Florida State, once a perennial ACC powerhouse, has now lost its first four games under second-year HC Mike Norvell. Norvell’s magic at Memphis has not translated to FSU.

Sam Pittman, also a second-year HC, has No. 8 Arkansas blazing with a perfect record of 4-0 after taking down Texas A&M on Saturday, 20-10, in what could be the Razorbacks’ biggest win in years, and which knocked the Aggies out of the Top 10.

A former Oklahoma backup quarterback, SMU’s Tanner Mordecai, is on pace to throw 60 touchdown passes, which would tie Joe Burrow’s record. Mordecai leads the country with 20 through four games.

USC got blown out at home in the L.A. Coliseum by Oregon State, 45-27; UCLA got back to winning, beating Stanford, 35-24, and San Diego State is still undefeated at 4-0 and is ranked 28th. Trust me, this team has grit, power and a running back (Greg Bell) who was among the nation’s leading rushers before exiting Saturday’s win with an injury.

No. 3 Oregon, still unbeaten at 4-0, is the lone unbeaten team in the Pac-12 and went through the motions to beat winless Arizona, 41-19. Injuries remain a major concern for the Ducks.

Seems too much to overcome for other college football teams early on, as Alabama and Georgia are loaded and very talented. Georgia hammered Vandy, 63-0, and Bama wrecked Southern Miss, 63-14, on Saturday. Alabama now holds the nation’s longest win streak at 18. Georgia almost had many points (63) as the Commodores had yards (77).

Teams to keep an eye open to … Arkansas, Oklahoma State, Michigan State and Boston College. All vastly improved. Add BYU, which has now won 15 of their last 16 games.

Nice to see you again … Mississippi HC Lane Kiffin meets Alabama’s Nick Saban on Saturday in Tuscaloosa. Love to be privvy to that greeting… friend or foe?

Also, Tom Brady and the Bucs return to his old stomping grounds to face the Patriots and Bill Belichick.

Speaking of the NFL … Sunday was even crazier than Saturday. Especially in the Arizona-Jacksonville game.

First Rondale Moore (Arizona) muffed a punt when an official threw a flag as the ball was descending and came In contact with ball, causing a fumble.

Then, just prior to halftime, the Cardinals’ Matt Prater attempted a 68-yard field goal that was returned 109 yards by Jamal Agnew for a touchdown. Prater was the NFL record holder (64 yards) for another hour. See next.

Next: Justin Tucker of the Baltimore Ravens set an NFL record with a 66-yard field goal that bounced off the crossbar as time expired to defeat the Lions in Detroit, 19-17.

If that sounds familiar, those same Lions were on the wrong end of another 19-17 score on Nov. 8, 1970, when Tom Dempsey (San Dieguito High in Encinitas) kicked a then-record 63-yarder to win the game for the host Saints.

Dempsey’s record lasted over 40 years before the aforementioned Prater kicked a 64-yarder for the Broncos in Denver on Dec. 8, 2013.

Chargers: grit and toughness vs KC

Browns: getting it together;

Titans: not ready yet but soon;

Saints: back on track — beware

F’s — Jets, Giants, Jaguars. (The Jets have lost 12 consecutive games in the month of September!)