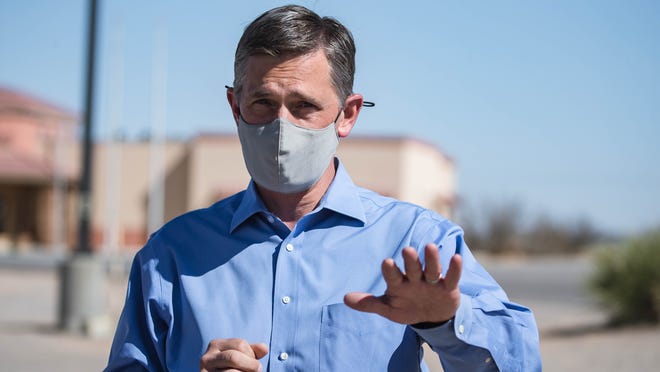 A shift away from oil and gas could be coming to Congress as U.S. Sen. Martin Heinrich (D-NM) sought to provide federal relief to communities that rely on the boom and bust of fossil fuels.

Heinrich introduced legislation in the Senate this week to assist state and local governments in transitioning away from reliance on oil and gas.

New Mexico could be poised to see significant impacts as federal lawmakers sought to embrace a future with less pollution and lower-carbon energy sources, Heinrich said, and he intended to preserve the viability of oil and gas communities like Carlsbad in the Permian Basin amid the transition.

That shift was inevitable, Heinrich said, due to energy market forces pushing for lower-carbon sources and to address environmental concerns from investors.

And oil and gas is cyclical, he said, and states like New Mexico should be protected from downturns in fossil fuel markets and local government budgets should be granted better certainty.

The bill, known as the Schools and State Budget Certainty Act was likely to be introduced into the U.S. Senate next week for discussion and ultimately a vote, Heinrich said.

It would provide “energy transition payments” to state and local governments if their federal oil and gas revenue drops below a certain baseline giving budgetary certainty, Heinrich said, for parts of the country dependent on revenue from extraction.

The bill would set a “baseline” of oil and gas revenue for each fiscal year based on historical averages, declining by 5 percent each year.

If a state’s federal mineral revenue payments is below the baseline, a payment would be made from the federal government to make up the difference.

The Act was part of a series of proposals Heinrich said he planned to introduce and support in moving the U.S. away from oil and gas both for economic and environmental reasons.

A long-time supporter of renewable energy in New Mexico and the U.S., Heinrich said the energy transition was also about a responsibility at all levels of government to reduce pollution and human impact on climate change, which could be addressed by shifting to less-polluting forms of energy.

More:New Mexico plants threatened by oil and gas to be reviewed for federal protections

“We have an imperative to eliminate the carbon pollution that is already creating catastrophic disruptions and impacting public health,” he said.

And while communities such as in Permian Basin in southeast New Mexico have recently seen record-breaking production levels and subsequent cash flows, oil and gas is not a consistent-enough source of revenue to give such areas the needed certainty to plan for the future, Heinrich said.

“Even though we saw a temporary boom in oil and gas operations in recent years, especially in New Mexico’s Permian Basin, we’ve always known that relying on this boom and bust industry was unsustainable,” Heinrich said.

“We need to equip fossil fuel producing states that have done so much to power our country’s economy to weather this transition and come out on the other side with new, diversified industries, with new good-paying careers and with thriving local economies.”

“This legislation would give states, Tribes and local governments valuable time to transition their budgets to more sustainable and reliable sources of revenue,” he said.

New Mexico already began working to prepare for declines in oil and gas, as the state relies on revenue from the industry for about 40 percent of its budget.

More that half of that comes from production on federal lands, records show, and lawmakers in recent years began crafting state legislation seeking to aid in the transition away from fossil fuels.

The Energy Transition Act was passed in 2019 by state lawmakers, setting benchmarks for New Mexico to shift toward carbon-free energy sources with a goal of 100 percent carbon-free by 2045.

It also provided funds to retrain workers that could be laid off by the closure of extraction facilities such as the San Juan Generating Station – a coal-fired powerplant in northwest New Mexico that could be shuttered after the law’s implementation.

Most recently, New Mexico lawmakers introduced multiple bills during the 2021 Legislative Session that sought to diversify the state’s economy while also supporting growth in renewable energy.

Senate Bill 112 was passed to create the “Sustainable Economy Advisory Council” that would seek input from stakeholders around the state and look for ways to support new industries other than oil and gas that could create revenue for the state.

And the Community Solar Act, a bill also passed by the Legislature years of task force meetings and amendments, would provide a program allowing ratepayers to tap into small, shared solar installations without having to pay to install panels on their own homes.

“Global markets are moving away from fossil fuels and it is critical that New Mexico’s hardworking communities are not left behind,” said State Sen. Mimi Stewart (D-17), a sponsor of SB 112, in a statement.

“Clean energy and a sustainable economy are part of New Mexico’s future. We must be proactive in supporting its growth and ensuring that the economic benefit is shared equitably across our state.”

“It’s important that Heinrich is trying to address the urgently needed, inevitable transition away from federal fossil fuels to ensure that states have a fiscal plan in place,” said Randi Spivak, public lands program director at the Center for Biological Diversity.

“Unfortunately, this legislation doesn’t decouple state budgets from fossil fuel revenue and reinforces incentives for states, counties and tribes to rely on federal fossil fuel extraction. There are easy solutions to help states transition, and we encourage amendments to Heinrich’s bill to address this critical flaw.” 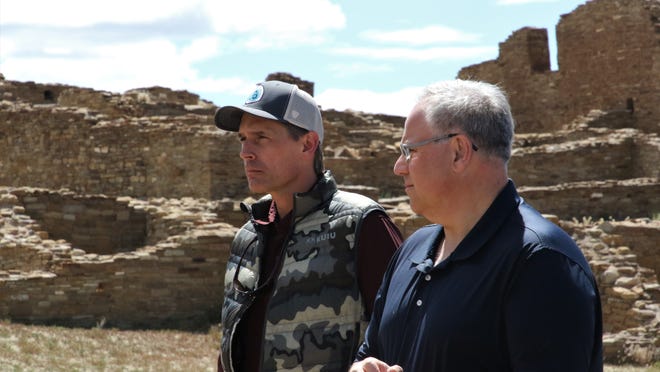