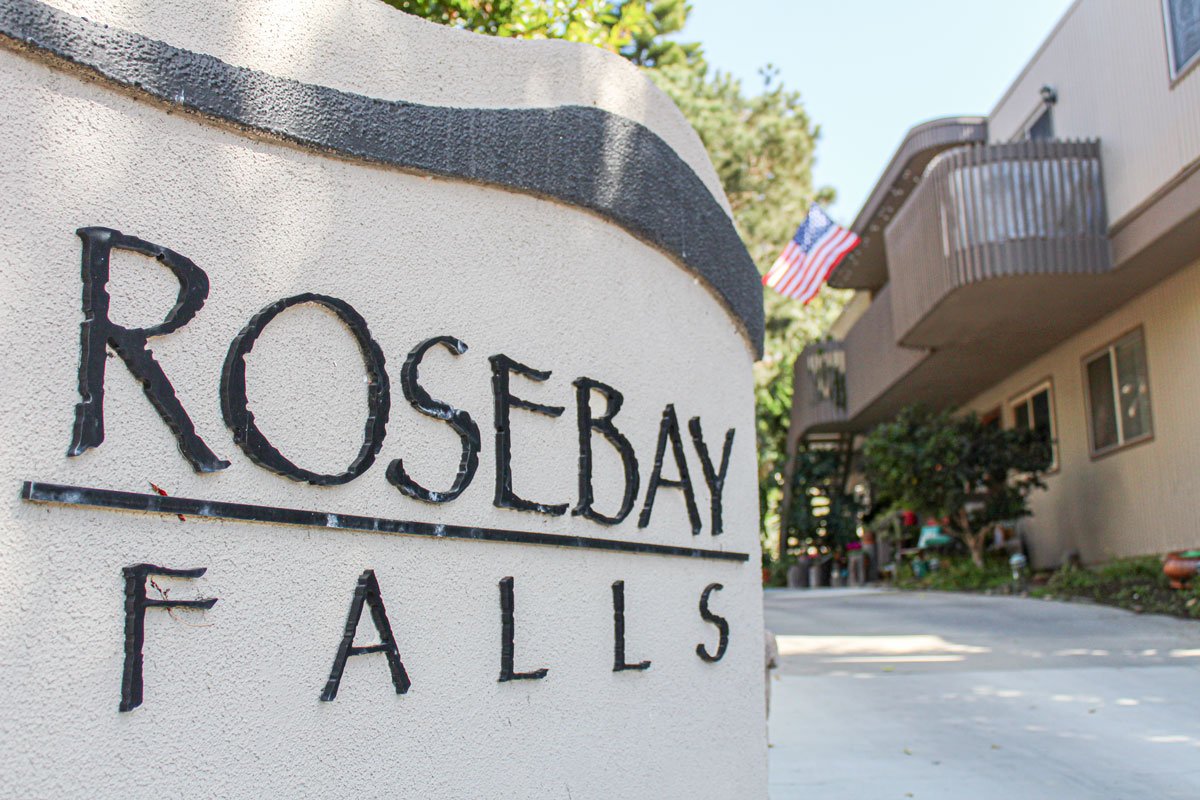 ENCINITAS — A handful of condominium owners at the Rosebay Falls community in Encinitas are rallying against the homeowner’s association board of directors in hopes of saving more than a dozen trees scheduled to come down at the end of the month.

Last October, the three-person board that governs the property voted in favor of spending $21,000 to remove 15 trees from the property. A group of residents that live on the property full-time is protesting the decision, arguing there is no need to cut the trees down and the removal is a misuse of HOA funds.

Linda Flach Corl and her husband, Terry Corl, have been spearheading efforts to save the trees. The couple believes the board is acting in its own interests, and not serving the interests of the community.

The Corls not only hope to stop the trees from being cut down but also to have the board of directors recalled and replaced with a five-member board.

“A certified arborist said only one tree had to be removed or heavily trimmed, the rest are healthy,” Linda said.

Rosebay Falls is a small condominium community located just east of I-5 along Encinitas Boulevard. The property has 54 units with 52 owners, but approximately half of the owners live out of town and rent out their apartments.

Some of the units have peek-a-boo views of the ocean and Moonlight Beach. A handful of the residents believe the board selected specific trees to cut down in hopes of increasing the property value of their units, but the board denied the accusations.

One individual close to the dilemma, who wished to remain anonymous, said the board held a meeting last October and there wasn’t much opposition to the tree removal. The individual also said homeowners don’t have a right to a view, the same argument made by residents who want to keep the trees.

John Wesley has lived on the property since 1992 and was one of the original board members. In his nearly 30 years at Rosebay, he has served on the board an estimated 20 times. The Corls, Wesley and other residents have reached out to homeowners in hopes of recalling the board.

“According to the bylaws, you can’t remove one, you have to remove the whole board if 51% of the homeowners vote to remove the board,” Wesley said. “I believe we are very close to that.”

The residents said they are waiting for out-of-state petitions to come in through the mail, but believe they have the votes they need to save the trees and replace the board. The anonymous individual argued only a small handful of residents want to keep the trees, while other residents are indifferent or in favor of the removal.