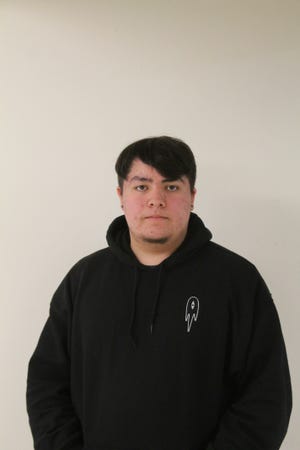 The Carlsbad Elk’s Club announced students of the month for April and March.

Morgan Boatwright and Gandi Moho were named Student of the Month for March.

Boatwright is the child of Wesley and Carrie Boatwright. Boatwright plans to attend Southern Nazarene University and major in business or pastoral ministry.

Moho is the child of Freddy and Cassy Moho.

Moho plans to attend University of New Mexico and study music and film.

Chloe Enloe and William Burns were named Student of the Month for April.

Enloe is the child of Angie and Jeff Enloe.

Burns is the child of Missy and Bryan Burns.

Recital planned, opened to the public

The public was invited to the Senior Debut Piano Recital by Jaden Hicks.

The event is free and the public is welcome.

The program will include ragtime and jazz as well as works by several classical composers.

Hick’s parents, Rebecca and Kelly Hicks, will host a brief reception in the church lobby following the recital.