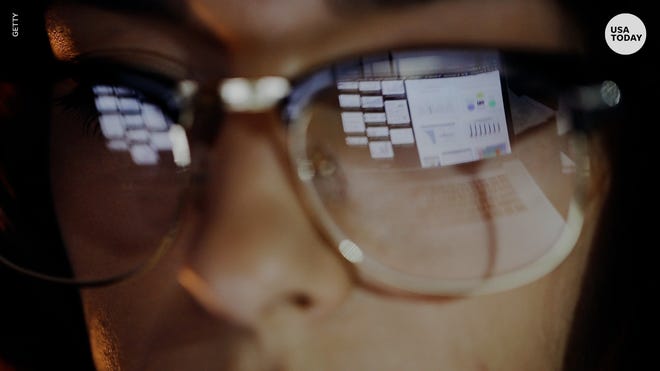 Eddy County healthcare worker Vanessa Harvey and private citizen Selah Perkins were among a throng of citizens who stood outside Artesia General Hospital on Wednesday to protest a state rule mandating healthcare workers get the COVID-19 vaccination.

On Aug. 17, Gov. Michelle Lujan Grisham ordered health care workers, teachers and other staff to be fully vaccinated against the virus unless they qualify for an exemption.

Protestors in Artesia showed solidarity with fellow protestors in Las Cruces and Albuquerque.

Harvey and Perkins say getting the vaccine should be a choice.

Harvey, who is contracted to provide speech language services for Artesia General Hospital, said she mostly works with patients outside of the hospital setting.

She said most of her clients have received the vaccine.

“Look at the data, educate yourself, talk to your caregiver,” Harvey advised. “I think there are people who benefit from having the shot. The sickest people we’re seeing didn’t have the shot. They also have other reasons why they are so sick.”

Hospitals nationwide and in the state are being filled with COVID-19 patients, many of them unvaccinated.

In early August, USA TODAY cited Centers for Disease Control and Prevention numbers in reporting the number of people hospitalized with the virus in the U.S. had more than tripled in a month’s time, from an average of roughly 12,000 to almost 43,000.

Pressure on New Mexico’s hospital network has also increased, officials said. Hospitalizations for COVID-19 patients jumped from 352 on Monday to 426 on Tuesday.

To relieve that pressure, state officials are advocating for residents to get the vaccine. The COVID-19 vaccine doesn’t prevent a person from contracting the virus, but it can reduce the likelihood of contracting it and also reduces the degree to which a person is sick, if they contract it.

The Pfizer/BioNTech vaccine, one of three that received emergency approval for use in the United States, received full approval from the Food and Drug Administration on Monday. The development prompted President Joe Biden to call on more employers in both private and public sectors to institute vaccine requirements for workers.

The other two vaccines, developed by Moderna and Johnson & Johnson, are continuing with the full approval process. All three received emergency use authorizations following broad clinical studies.

Harvey said her husband and two daughter tested positive for COVID-19 in the past year and the family quarantined together. Harvey said she never contracted the virus.

Perkins, however, did test positive for COVID-19 late last year. She said her husband and daughter were in the family residence while she was sick and neither of them tested positive.

“I recovered from it and I had no ill effects,” she said.

The retired restaurant owner said she showed up at the protest to support healthcare workers who don’t want the vaccine mandate. She and Harvey and others held signs and waved at drivers passing by who honked and showed support for those gathered along 13th Street near the hospital.

“I just don’t believe it should be told to people to get the shot,” she said. 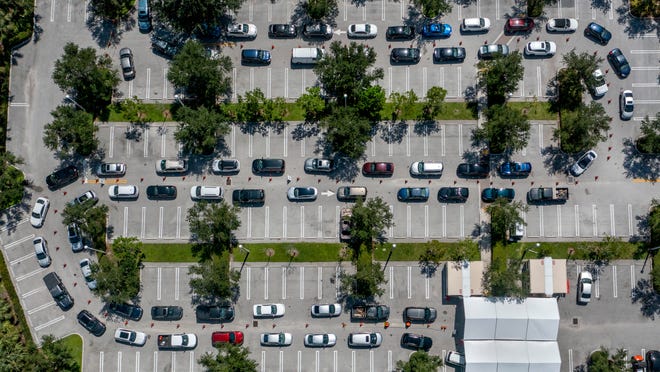 “Our hospital and its caregiving team are working to comply with the public health emergency order requiring COVID-19 vaccination within certain deadlines,” said Melissa Suggs of Carlsbad Medical Center.

“We appreciate the ongoing commitment of our team and will work to secure the appropriate documentation and vaccination for all who are delivering care.”

McEachern said he’s not sure if the hospital will lose employees over the order.

Harvey said she is dealing with possible termination “one day at a time.”

“I am a religious person, I didn’t choose to take a religious exemption because my convictions aren’t set that way towards the vaccine. Just a lot of prayers and considerations. I am considering my options,” she said.

Southeast New Mexico legislators signed a letter after the rally encouraging Lujan Grisham to reconsider the mandate and consider how health worker shortages might affect rural communities in New Mexico.

The letter asked the governor for modifications to the current public health order to better support medical and corrections facilities that might find it difficult to maintain staff under the current vaccine mandate.

“We have been further informed that a substantial number of healthcare professionals and staff remain and intend to remain unvaccinated. In many facilities that percentage is in the 30 to 40 percentage range,” the letter stated.

More:Change in protocol: NMPED ‘not closing schools’ due to COVID-19 cases

The rally in Roswell hosted three community healthcare workers who told their stories about how the vaccine mandate affected them and what they see in the future, according to a news release from New Mexico House Republicans.

Vaccinated Carlsbad nurse Chrissy Licht pointed out what a struggle it is outside of COVID-19 to staff rural hospitals and shared concerns about how further shortages, due to a vaccine mandate, will further cripple rural healthcare systems.