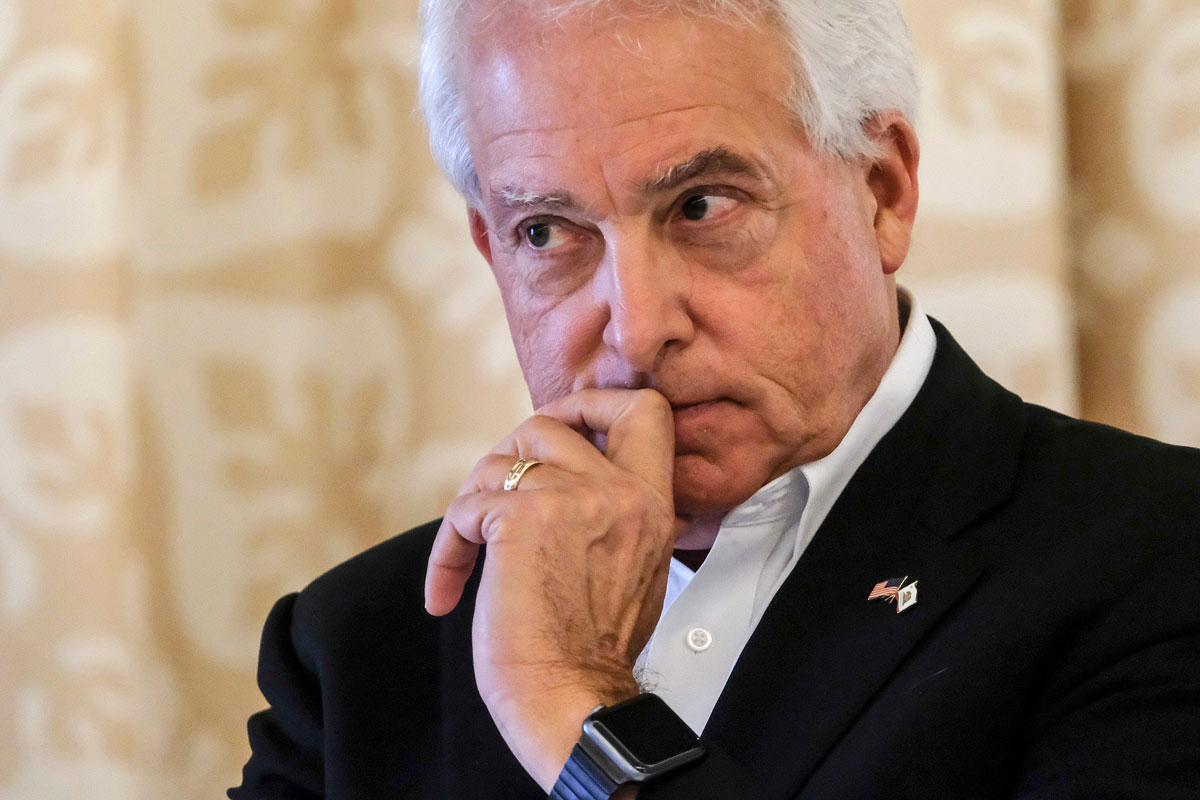 CARLSBAD — A trio of gubernatorial candidates running in the race to recall Gov. Gavin Newsom made their pitch on Aug. 24 to the Carlsbad Republican Women’s Federated club.

The event had about 200 attendees at the Holiday Inn on Innovation Way and showcased 2018 and 2021 gubernatorial candidate John Cox, along with newcomers Sarah Stephens and Anthony Trimino.

A fourth candidate, Joseph Luciano, was slated to appear but has dropped out of a race featuring more than 40 possible GOP candidates should Newsom be recalled during the Sept. 14 special election.

“What we haven’t elected is a businessperson,” Cox said. “Housing prices are driving people out of the state. Taxes are pushing people into poverty.”

Cox, a San Diego resident, is one of the most high-profile candidates who has entered the recall, losing to Newsom as the GOP nominee in 2018. Cox said he’s also put in more than $1 million to the recall effort.

Newsom, though, has come under fire for a number of issues such as signing Assembly Bill 5 in 2019 and impacting independent contractors, his handling of the COVID-19 pandemic, shutdowns of businesses and mask and vaccine requirements for state government employees and students.

Critics also pointed out his gaffe with the infamous French Laundry incident and Newsom’s kids being able to attend school without masks.

Cox, who contracted COVID-19 last year and is vaccinated, said the virus is serious, but it doesn’t mean the state should require vaccines. He said on his first day in office he would end the state of emergency.

Cox said special interests and “celebrity” politicians have ruined the state and called for a massive independent audit of every agency in the state to track taxpayer money.

Cox’s three core issues are housing, homelessness and taxes, which he promised to cut, especially for the middle class as they pay the highest tax rate — 9.3% — in the country for individuals making between $57,000 and $115,000.

When asked about how to navigate the Democrats’ supermajority, Stephens said she would veto any bill she didn’t support, although the legislature has veto power and could vote to reverse any governor veto.

“I will not sell out,” Stephens said.

Stephens, who lives in Riverside County, also railed against current COVID mandates, especially masks and vaccines, while also noting school choice and the inclusion of God into schools are priorities. Stephens also said the state’s health mandates are in violation of the Nuremberg Code, which outlines 10 standards physicians must follow when carrying out experiments and has become a right-wing rallying cry during the recall.

Stephens also said the homeless issue is a priority as is opening up the economy and education reform. She said she would prevent the inclusion of Critical Race Theory and sexual indoctrination in public schools.

Triminio a Los Angeles businessman said his grandfather escaped communist Cuba and railed against the state’s failed policies and lack of attention to small businesses, medical freedoms and more. He said it is imperative California doesn’t follow Cuba’s example.

Trimino said he is also upset with the public school system, noting he would cut budgets and also advocate for school choice. He also would lift the emergency orders and stressed a CEO is needed to take the state in the right direction.

“I’m going there to fight,” Trimino said. I will expose the corruption and force them to work for the people.”