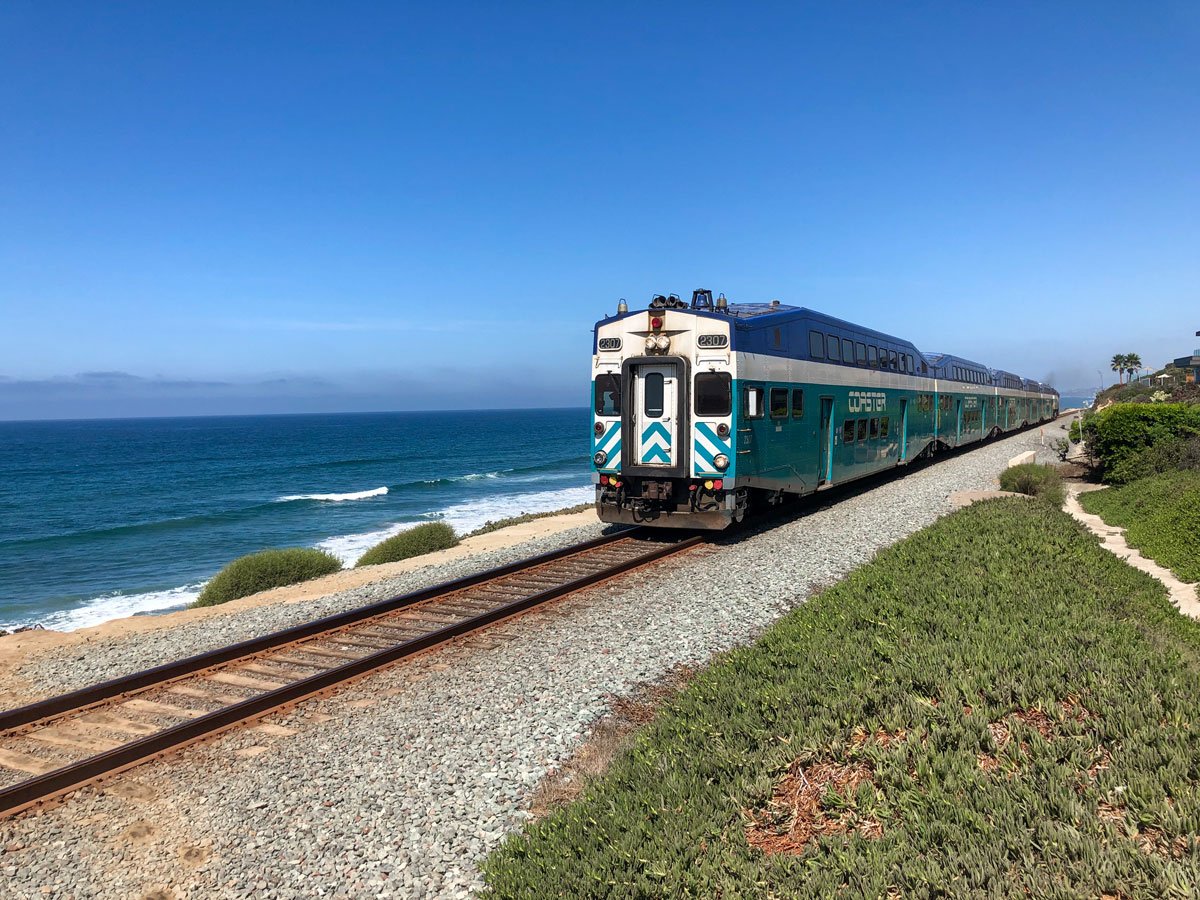 DEL MAR — Del Mar City Councilman Dan Quirk made a presentation to the public and his fellow council members this week starting a discussion on the feasibility and economic impact of making large investments into the rail system.

Quirk, using statistics that show low ridership for both the Coaster and the Amtrak Surfliner, questioned the amount that SANDAG is prepared to invest in the rail line as part of their “5 Big Moves” 30-year plan.

“A lot of the dollars, it’s about $170 billion or so, are probably dedicated to rail and when you look at some of the struggles of the Coaster, I’m not sure that makes a ton of sense,” Quirk said during his presentation.

Prior to the pandemic, the Coaster served on average 5,196 riders on weekdays which translates to 127 riders per mile.

Ridership of public transportation such as the Coaster has dropped significantly during the pandemic and recent forecasts from NCTD don’t appear to expect it to rebound any time soon.

“For the year 2031 they are expecting almost no rebound,” Quirk said. “And when you think about people being concerned about germs, health issues, they may not want to deal with mass transit in the future.”

Quirk also showed numbers showing the amount of freight being moved through San Diego County is low relative to the amount that is moved by trucks on the highways.

“Effectively I see that as trucks carry 99%-plus of the freight volume in the county,” Quirk said. “So is trying to maintain separate infrastructure for something that transports just 0.5% of our freight volume, is that a prudent decision? It’s expensive to maintain these separate modes. And I don’t think I would if it was just me.”

The presentation posed a vision of future investment in small self-driving, electric cars that function as a sort of mass transit on the existing highway systems.

“The very notion of mass transit could change. Rather than fixed-line rail, we have small, electric vehicles that can pick people up at their door and drop them off at their place of business or wherever they need to go. I think there is a very significant possibility that happens and we should probably be encouraging SANDAG to look at that,” Quirk said.

Quirk ended with several recommended actions for the city council including a request for SANDAG to look more into the feasibility of electric self-driving cars and that more cost-benefit analysis be done on the proposed tunneling project that will move the current rail line off the bluffs in Del Mar.

In discussions following the presentation, there was not much agreement with the picture Quirk had painted.

“Suffice it to say that I respectfully don’t agree with Dan on much of what he’s advocating. But that’s good. This kind of discussion is good for all of us to test each other’s ideas,” Deputy Mayor Dwight Worden said.

While some of the issues brought up by Quirk had to do with the cost and low revenues of the current transit systems, Councilmember Dave Drucker explained why he feels that is irrelevant when it comes to public transportation.

“No transit system makes money. It is a money-losing proposition,” Drucker said. “Why is it that they lose money? It is part of the social compact that government has made with its residents that they will provide for people to get to work.”

Discussion among the members remained extremely cordial and respectful throughout the process and all agreed there would be much more to discuss on public transportation in the coming months.