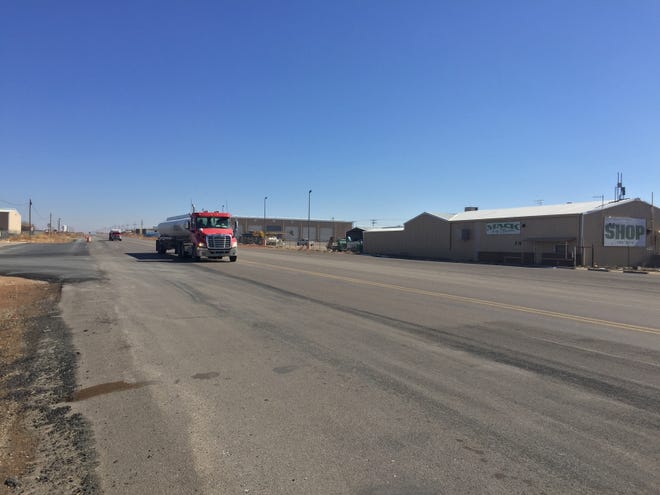 Public comment on how the New Mexico Department of Transportation (DOT) should spend millions of dollars over a four-year period for highway projects in New Mexico is being sought until mid-March.

The STIP is a collaborative state, local, regional, and tribal transportation planning effort, developed by DOT, read a news release from DOT.

Projects included in the STIP are funded with a combination of federal, state and or local funds, the release stated.

“The last couple of years we’ve been really lucky with special state funding, so we’ve been able to program projects in the state with STIP funding. Usually, it’s federal funding,” Sanchez said.

He said DOT is going through an amendment process which delivers a promise to taxpayers to uphold items in the STIP.

“Any changes we make. We have to do it through an amendment and an amendment requires public input,” he said.

Sanchez used an example of cost overruns on certain projects, that doesn’t meet DOT target funding means the projects have to be moved.

“So we make sure we’re informing the public of what’s going on and they provide comment on maybe how that’s going to impact the community. Anything related to that project, that’s what we’re doing right now,” he said.

STIP is required under federal legislation and contains projects located on federal and state highways, the DOT news release read.

Sanchez said funds for local or county roads are available through the Transportation Improvement Program (TIP).

“That’s what the local governments can go through which is through the council of governments. Which we have some oversight in that,” he said.

“As far as the County’s concern about this, we apply for the projects when they become available to submit a call for projects the County will put together an application and submit every time,” he said.

Burns said the last time Eddy County applied for and received STIP money was the Standpipe Road and Lea Street partnership with the City of Carlsbad in 2018.

He said Eddy County is always open for opportunities for outside funding like STIP.

“We’re always advocating for funding from DOT, they’ve been great partners, not only funding for state roads in Eddy County and Lea County. But, also county roads with our alternate projects that we’re currently working on,” Burns said.

DOT strives to keep the public informed and cares about their opinions. The STIP is amended quarterly and always open for viewing on the NMDOT website. The public is welcome to review the list of proposed projects and post comments, the news release said.

The sixth amendment to the 2020-2025 STIP is posted at https://estip.dot.state.nm.us. It is open for public comment until March 16, the press release cited.