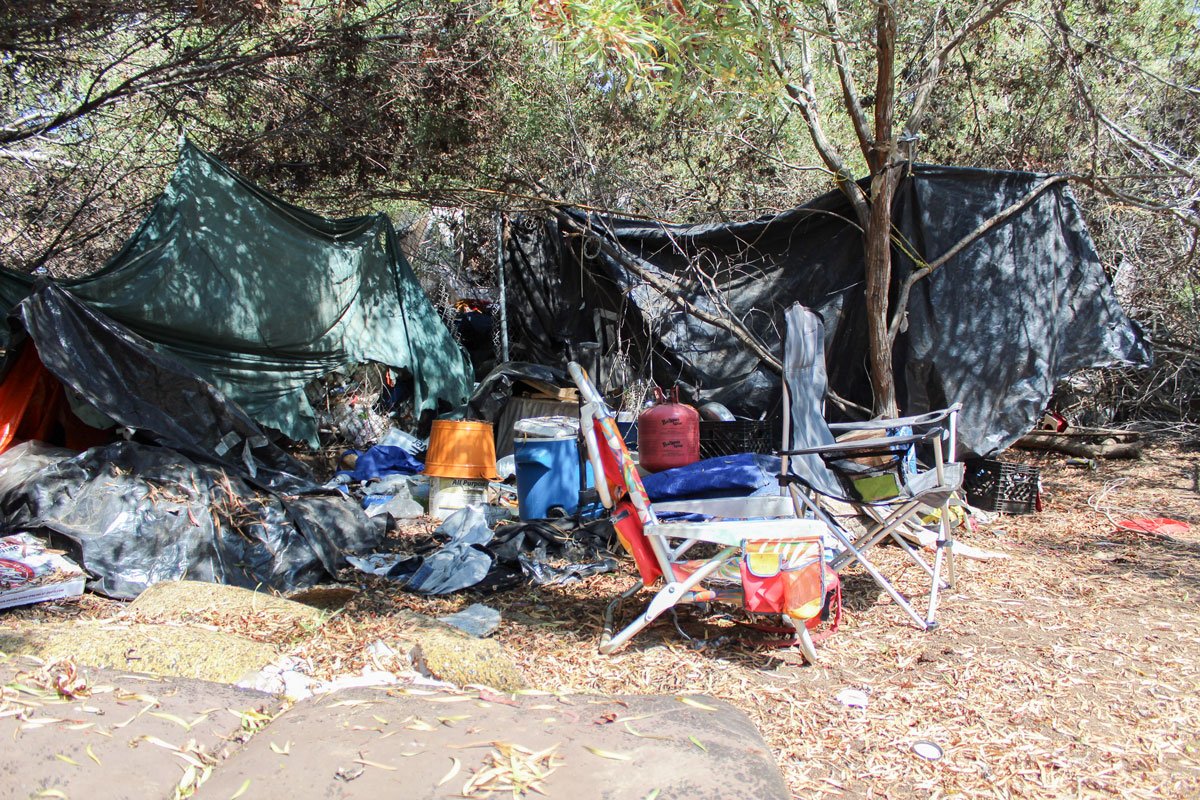 One of the hot-button issues confronting Encinitas is the influx of homeless people who come here from other cities.

The unintended consequences of voting for a “regional safe parking lot” just happened to coincide with a stream of people who have migrated here by car, rail and bus.

What was intended primarily for displaced Encinitas residents quickly became a haven for out-of-town transients.

The inability of the “system” to process unwilling recipients of services belies the wisdom of this so-called “compassion” by creating a magnet (offering more services) to our town, bringing yet more unvetted people to our city.

With personal documented cases on my Facebook page, “Encinitas Homeless Encounters,” I saw firsthand the gaps in a broken system.

One of the gaps presented itself when a decades-long Encinitas resident found herself pregnant and struggling with an open domestic violence case against her partner and was denied both safe parking access as well as temporary or permanent housing assistance.

That is until myself and others raised her profile via social media and reports to Community Resource Center (CRC) and Encinitas City Council, at which time a room in a shelter magically became available the same day!

Another gap-revealing situation involved a man living in the open at Moonlight Beach for almost two years after rejecting an offer for housing in Carlsbad, which is a perversion of Martin vs. Boise, a controversial decision by the 9th U.S. Circuit Court of Appeals that a cowardly Supreme Court has refused to hear.

The Sheriff’s Department claims they can’t do anything as long as the subject can answer some basic questions, including their name, date and current location. The attending deputy must determine whether the individual poses a threat to themselves or others or is severely handicapped.

A local sheriff’s deputy told me, “It’s not against the law to be crazy,” regarding a clearly mentally ill and drug-addicted woman making camp just feet from the train tracks in Leucadia.

The deputy indicated he was concerned about being sued and ruining his career. When I asked him about enforcing vagrancy and loitering laws, he said something about our changing culture being a new normal and concern!

Add to that a county social worker for the city’s HOPE (Homeless Outreach Program for Empowerment) program believing that it’s law enforcement’s job to make a mental competency determination, and relying on an officer’s or his own well-meaning persuasion skills as the key for homeless individuals to accept services.

Ironic and sad that neither of these professional civil servants seem to be aware of the protocol around “altered neurologic function” utilized by emergency responders (fire, paramedics), who also seem to be timid in exercising a mandated trip to a medical facility for blood and urine tests.

Oftentimes, a homeless person’s lack of prescription medicine may be the key to keep them functioning.

HOPE and the Sheriff’s Department seem to be passing the buck. And emergency responders appear apprehensive by not using tools to get these people help and off our streets. The situation is unfortunate and seems like a breach of these public servants’ fiduciary responsibilities.

There is nothing compassionate about leaving an obviously mentally ill, drug-addicted person to slowly die on the streets or live in squalor in the bush while environmental and health laws are violated along with degrading the community character.

It’s time our lawmakers make new laws or at least use the tools at their disposal. This is what good governance and fulfilling their fiduciary responsibility to residents is about.