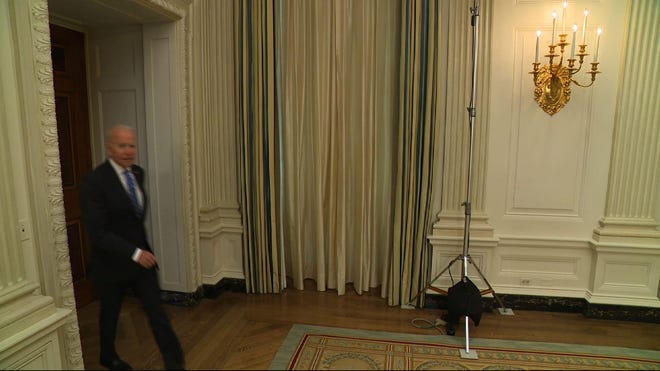 The executive director of the Carlsbad Department of Development (CDOD) said challenges arose toward the end of a four-year agreement with the City of Carlsbad as business and government dealt with emergency health orders enacted in response to the COVID-19 pandemic.

As the restrictions were slowly lifted this year, including a full reopening of all business in New Mexico, both entities focused on economic development in the City of Carlsbad and Eddy County.

Carlsbad City Councilors July 13 voted to extend an agreement in place since 2013 with the CDOD for economic development services through 2025.

CDOD acted as the fiscal agent for both entities.

“I know there were a lot of towns that weren’t able to take advantage of the Coronavirus, Aid, Relief and Economic Security (CARES) Act that were out there. Because they didn’t have an agency that was tooled with the staffing to be able to handle something like that,” Waters said.

“We’re certainly thankful that we were there to help some of the businesses out not only across Carlsbad, but Eddy County as well.”

According to Waters, CDOD tries to retain businesses that are in the community and bring new businesses and jobs to Carlsbad.

“There isn’t a place around town that you can’t find a help wanted sign in. We’re certainly trying to bring more people here to work. We think that is really important,” he said.

Wienerschnitzel, which opened in 2019 at 1013 West Pierce Street was closed according to its website, temporarily as it sought employees.

“Sometimes the corporate entities let us know. Sometimes they don’t as to what has happened. I know any type of businesses that close here in the community, we lose jobs, we lose alternate places to shop or eat. We don’t like to step back in any case,” Waters said.

Jeff Campbell, CDOD director of marketing and business development, said steps were being taken to reopen Wienerschntizel with a new management team, “in the next few weeks.”

He said rumors circulated the company could not find employees.

“We’re hesitant to say it’s the same problem for everybody that’s out there. Definitely there is an issue with getting folks back to work. Particularly in the entry level positions. It’s a challenge,” Waters said.

Modifications were made to the former restaurant on Canal Street and now the James Polk Stone Community Bank occupies the location.

Waters said the new agreement indicated the City of Carlsbad was committed to CDOD to move the local economy forward.

“And to make sure these businesses are then provided with the support they need to do well here. Carlsbad, as the hub of the Delaware Basin, offers tremendous opportunity for economic growth, and we appreciate the CDOD’s assistance with getting word out about the wonderful opportunities here,” he said.