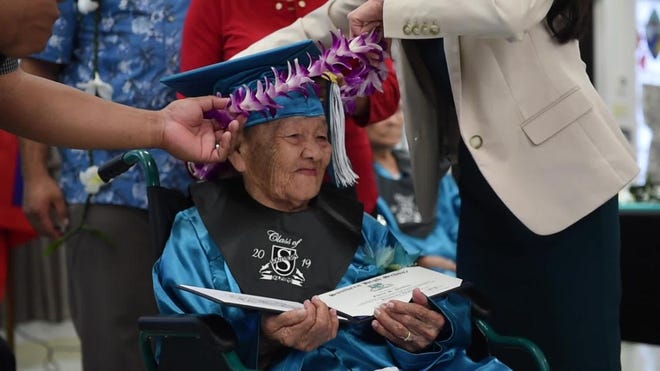 City of Carlsbad Municipal Services Director Angie Barrios-Testa said the grant application was submitted to the New Mexico Aging and Long-Term Services Department (ALTSD) in 2019 and approved during the 2020 New Mexico Legislative Session.

“Starting in January, we have a new data application base for us to submit applications. We do trainings in February and March to go over the rules of use for general obligation bonds or severance tax bonds for senior centers and then we close the application data base usually in late April,” she said.

Romero said ALTSD reviews applications and recommendations are given to the New Mexico Legislature for the next year. She said after lawmakers approve the projects, but voters must approve the general obligation bond issuance.

“So, in November 2020, this project was included as a bond option measure in the general ballot,” Romero said.

“It requires two-thirds of the general vote in order for these to make their way to funding consideration through the State Board of Finance.”

In a memorandum to Carlsbad City Council, Barrios-Testa said the City of Carlsbad originally received $760,000. One percent of the money was set aside for the New Mexico Arts in Public Places fund. The City retained a balance of $752,000.

“So, we transferred $7,600 to the (New Mexico) Cultural Affairs Department. At a later time once the building is renovated to how they want it they will solicit artwork for it,” Romero said.

Carlsbad Municipal Schools donated the former Pate Elementary School to the City of Carlsbad for use as a senior center. The New Mexico Department of Finance and Administration (DFA) approved the donation and transfer of the property on April 23, 2018. The City took possession of it nearly a month later.

Once completed, the school building will be called the Alejandro Ruiz Senior Center and replaces the current San Jose Senior Center.

Carlsbad Mayor Dale Janway said the estimated $3 million construction project on the senior center would be done in phases.

“Our main goal is to make sure our seniors have adequate space to carry out all the activities or core services that are mandated under the Older Americans Act (OAA). We’re getting an older and older population by 2030, we’re supposed to be the fourth largest senior population state across the country,” Romero said.

“We know we are outgrowing our senior centers and we know that our seniors are wanting more activities and we want it to be a one stop shop for our seniors,” Romero said.