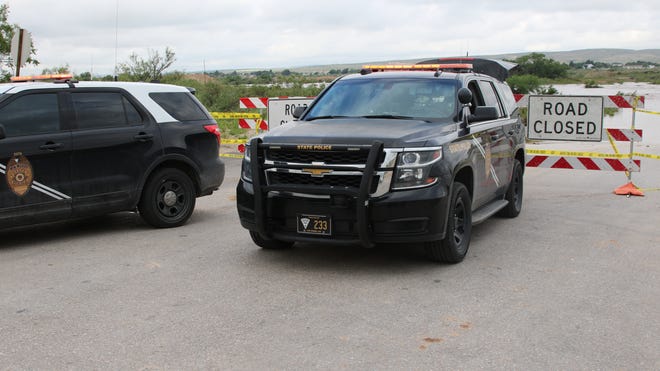 Days after a flash flood swept over a homeless encampment, local businesses and organizations are stepping up to help those who lost everything.

On June 29 the Lower Tansill Dam in Carlsbad, New Mexico overflowed, flooding the “tent city” that hid among a grove of bushes and cacti. Residents of the encampment had only minutes to evacuate before the area was consumed by the water.

“We lost our tent, we lost our clothes, we lost everything,” said a homeless woman that did not want to be named. “Thank god we still got our peoples.”

The Carlsbad Community Hope Center, a homeless shelter located less than a mile away from the flooded encampment, has done their best to try to get this already struggling community back on their feet. Robert Jacquez, co-founder of the organization, said the shelter collected donations and provided dry clothes and other basic necessities.

“The homeless people I have talked to are devastated, as it is they are already downtrodden,” Jacquez said.

He described people coming to him soaking wet with the few items they were able to salvage.

“I think we need to band together and show them that we love them. Show the love of God to them as a community, whether we agree on their lifestyle or not, they are still human beings,” Jacquez said.

Reyna Enriquez, owner of Vanity Ink’D said she felt called to action after Carlsbad residents began complaining about the trash that flowed from the encampment and surrounding areas on social media.

“Really I was annoyed that everybody just kept blaming all the trash that washed up on the homeless people,” Enriquez said. “They just lost all of their belongings, the last thing we want to do is point fingers.”

Vanity Ink’D put together 32 “blessing bags” filled with hygiene products and clothes, as they were serenated by the sounds of tattoo machines and rap music. Enriquez plans to donate the packages, along with 20 sleeping bags, to local shelters like the Hope Center. The center, which opened in 2016, has helped over 50 people get off the streets through their 90-day program. The organization offers hot meats on Tuesdays and Fridays and regularly reaches out to the homeless community in Carlsbad.

Enriquez said there was an outpour of support from community members and other local businesses after she announced she would be taking donations for the homeless. Enriquez admits she has heard some negative comments but still encourages people to have empathy.

“You never know what led a person to be in the scenario they are in now, whether it’s drugs or mental illness or just the financial crisis that put them in the situation that they are in, we are no one to judge,” Enriquez said. “I’m not saying that we are here to give handouts, but I don’t consider essential items to be handouts.”

The Red Cross is encouraging any homeless people that need assistance to reach out the Hope Center.