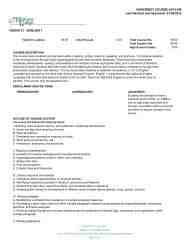 William Loedel (Wihelm Lodel) was born on June 28, 1928 in Nurnburg, Germany. William enrolled in a technical and engineering school (Ohm-Polytechnikum) where he studied electrical engineering.

He spent his childhood in his close-knit family in the city, exploring castles, lebkuchen shops, and the locations of his favorite city. During the displacements caused by the Second World War, including being bombed out of the family flat, William moved to the countryside (Langenzenn) to finish the war with his family. If you know the area of ​​Germany, the land of Franken (the Franks), which inspired his personality, active and hardworking, but full of spirit, bold, full of character, and a will to do exactly what he was likes it. His liberal side, looking to plan and travel, live independently, and push some rules and boundaries, led his extended family over the years to give him the nickname “Wilde Willy”.

Following the Second World War, William was busy working for the headquarters of the United States Army in the first years after 1945. His energy, his ability in English and his blunt ability led him to work his way around the streets of Nurnburg that he secured money and resources that were desperately needed for his family. As the German economy rebounded in the late 1940s and early 1950s, William enrolled in a technical and engineering school (Ohm-Polytechnikum) where he studied electrical engineering. He added an additional focus on photography and light meters which would lead him to a lifelong collaboration with the Nurnburg company of Gossen, which specialized in electrical meters. This passion would become part of his company, Caltemp Instrument, which was founded in the 1970s. He continued to tinker and work with light meters, literally until his death.

In the 1950s, with a chance encounter and meeting on a train between Hamburg and Munich, he met the love of his life, Ingeborg Laussen (Ina Loedel) and they married in 1958 and were together for 58 years after Ina’s death in 2016. William’s passion for starting a new life led to a job offer at Midwest Coil in Chicago, USA. This proposal triggered his proposal to Ingeborg – marry me and come to the United States. Ina said yes, and they were civilly married in Long Island New York. Life in Chicago was not easy for the two, but the job was steady and Bill (as he was now called in the US) and Ina welcomed their first child, Kai, born in 1959. Another job offer, this time in California with Beckman/Simpson Electronics led to a cross-country move – from Chicago driving Route 66 to Los Angeles and then to a new office opening in Escondido, California in 1960. Two more children, Christian and Peter, became soon after, as did a new one. dream house on Jeffrey Ave in 1965. In 1997, and with retirement (sort of), Bill and Ina moved to their beloved Seabluffe community in Leucadia. The marriages of his three boys, Kai and Delores (three grandchildren Michael, Mary, and Will), Chris and Paula (two grandchildren Kirsten and Carson), and Peter and Belinda (three grandchildren Christian, Katarina and Kyle) formed the framework of his retirement life – vacations, travel, and celebrations.

After Ina’s death, William remained active, in the midst of the three Loedel families. There would be many more trips and tours (really awesome cruise to Alaska with everyone in 2018). He was the “Opa” of his grandchildren – attending sporting events, musical and theater performances, and graduating (a lot!). Opa also spent his precious time traveling back to Germany where he visited the children of his sister Annemarie, nephew Klaus (Beate Botzenhardt, son of Markus), and three nieces, Ava Botzenhardt (son of Andreas), Christa (Detlef Tschirpig , sons Johannes and Simon), and Beate Botzenhardt. He loved German Pils, bratwurst, and his “Kaffee und Kuchen” (coffee and cake), and increasingly became a skilled baker – lemon and marble cakes a specialty.

Over the past few years, she would travel to Pennsylvania to visit Peter and his family over the New Year, and host Tuesday dinners with Kai and Chris, as well as joining in weekly with her favorite weekend breakfasts with the family. Sunday afternoon coffee, followed by dinner with his brother-in-law Erich Hoffmann and his niece Christine, were the cornerstones of his weekly trips. The Hoffmann family, plus niece Christine, nieces Sabine and Annette, were so close to Opa’s heart and the Loedel family. They called him “Onkel Willi” and represented the other half of our Loedel life from the early days in Escondido until Opa’s death. Family events, birthdays, summer camping trips, and sailing made up the Hoffmann-Loedel family partnership. More recently, Opa enjoyed weekly kayaking with Erich and visiting Erich’s children and grandchildren in Northwest and northern California.

He continued shipping products through his daily trips to the local UPS store, and fixing lightmeters to fill his life, working in his “office” with all his tools and electrical devices. He never stopped working. He was curious about everything, asking questions, constantly learning and doing, and building a following of friends, including among his sons’ friends​​​​where he was the center of parties and gatherings. “Opa” was known and loved by all.

Lucky to have him in his late, late years, living life to the full until his latest birthday of 94 celebrating with ice cream in Europe, stubborn and independent, he was loving and supportive of his family until his end He died in Germany, July 5th, 2022. In lieu of flowers, the family requests donations to the American Heart Association ( https://www.heart.org/ )