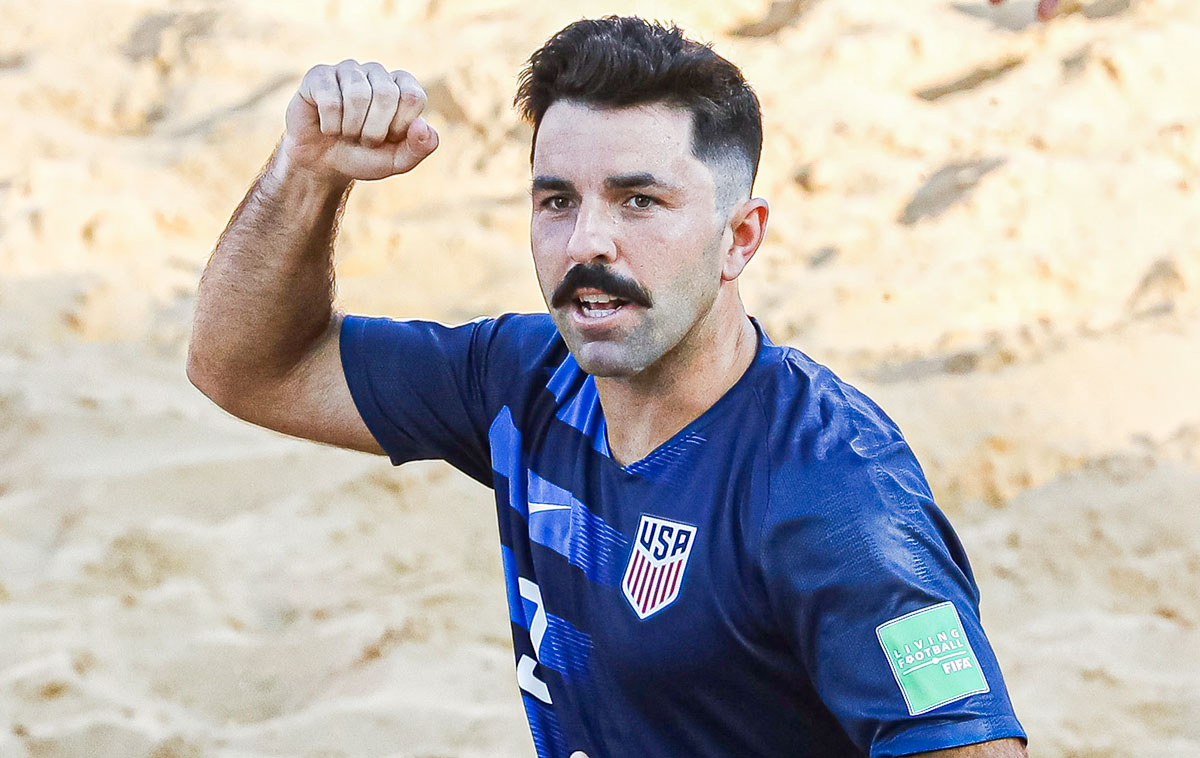 REGION — The United States lost to Paraguay, 9-4, on Monday in Moscow in its third and final game in the 2021 FIFA Beach Soccer World Cup, with UC San Diego alumnus Alessandro Canale scoring twice.

The U.S. entered the game with the opportunity to advance to the quarterfinals with a victory, a loss by Football Union of Russia to Japan later Monday and finishing with a better goal differential.

The U.S. entered Monday’s play with a minus-two goal differential while the Football Union of Russia had a plus-one differential.

Canale cut Paraguay’s lead to 3-2 with a goal in the 15th minute, but Paraguay scored five unanswered goals. Canale scored his second goal in the 34th minute of the 36-minute game.

The U.S. (0-3) also got goals from Gabriel Silveira in the third minute and Nicolas Perea on a 33rd-minute penalty kick at Luzhniki Beach Soccer Stadium.

Pedro Moran scored three goals and Carlos Carballo two for Paraguay (1- 2), whose hopes of advancing to the quarterfinals ended when Football Union of Russia defeated Japan, 7-1, to win Group A.

As Group A runner-up Japan also advanced to the quarterfinals.

The top two teams in each of the four, four-team groups advanced to the quarterfinals.

Canale was the leading U.S. scorer in the tournament with five of its 11 goals.

Canale, goalkeeper Chris Toth from Fallbrook and forward Nick Perera of Carlsbad all played in their third FIFA Beach Soccer World Cup, while defender Jason Santos from Cardiff by the Sea played in his second.

The 31-year-old Canale scored twice in both the 2013 and 2019 FIFA Beach Soccer World Cups. He was a All-West Region third team selection by the National Soccer Coaches Association of America in 2013, his first season with the Tritons.

Toth, who turned 32 Aug. 4, was the U.S. goalkeeper in all three of its games in the 2021 FIFA Beach Soccer World Cup. The Fallbrook High School graduate who was the Major Arena Soccer League’s goalkeeper of the year for the 2016-17 and 2017-18 seasons when he played for the San Diego Sockers.

Beach soccer is played on a rectangular field 35-37 meters long and 26- 28 meters wide. The game is played on a level sandy area that is cleared of pebbles and seashells along with any other objects which could injure a player.

Each team consists of five players, including the goalkeeper. Players must play in bare feet, although ankle guards are permitted. The game consists of three 12-minute periods.

Unlike conventional soccer, a game cannot end in a tie. If the score is tied at the end of regulation, a three-minute overtime period is played. If the score remains tied a penalty kick shootout is conducted.

The U.S. was also eliminated in the group stage of the 2019 tournament after failing to qualify for the 2015 and 2017 tournaments.