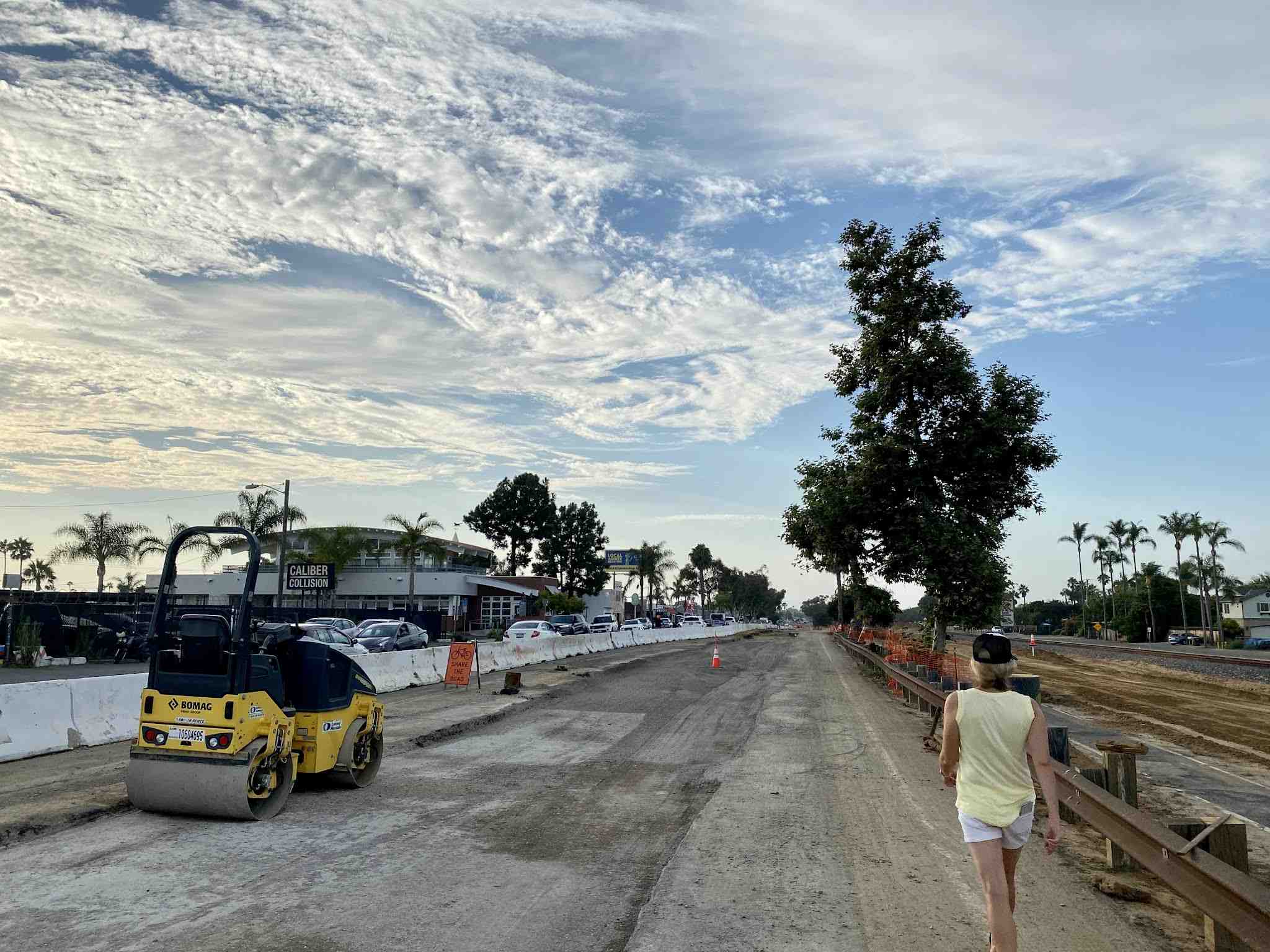 ENCINITAS – Residents and local leaders attended a ribbon cutting to celebrate the opening of the El Portal undercrossing in Old Encinitas over the weekend.

While elected officials addressed the audience, dozens of travelers squeezed through a press conference on August 14 – some noting their trip to the Leucadia Farmers Market on the east side of the crossing, others hauling towels to post west – from the highly-anticipated crossing.

“Encinitas used to be very connected,” said Planning Commission Chairman Kevin Doyle. “This will change everything. A lot of people took the ball so far.”

Every speaker at the weekend event congratulated the multi-agency effort to bring a new pedestrian and cyclist rail crossing near El Portal Street.

The project has a total price tag of $13.4 million and has been a community need for decades.

Planning for the El Portal underpass began in 2002 after a joint application between the city, NCTD, Caltrans, and SANDAG to the California Transportation Commission for an additional pedestrian rail crossing as “illegal trespassing of the rail corridor has become increasingly pervasive,” according to the city. documents.

The need for safe crossings was further highlighted after school bus service was cut in 2003.

El Portal was identified as a grade-separated railroad crossing during an intensive public outreach process. In 2005, it was identified as one of the city’s “highest unfunded active transportation priorities” during the Let’s Move, Encinitas safe street route initiative in 2005. The El Portal pedestrian crossing is part of a broader city effort to improve mobility throughout city. Photo by Jacqueline Covey

The project did not receive funding until 2015 with the California Active Transportation Program. The grant attempt failed in the previous year but received additional points after the completion of the previous mobility plan in the city.

The El Portal underpass is representative of the city’s efforts to reconnect pedestrian accessibility following significant transportation changes in the 50s and 60s, Doyle told the audience. It also represents the impact of society.

Agencies in the area are supported by citizen support throughout the process.

Visibly emotional during the event, pulled Boerner Horvath group of former members of the PTA of Paul Ecke Central Elementary School, which was part of a series of road safety improvements.

Boerner Horvath said that’s not a problem, but “that’s when they’re going to get hurt.”

“All these people came and dedicated their time to ask for the improvement of the community to leave a legacy for future generations,” said Boerner Horvath, who was a sixth grader not enrolled in Paul Ecke at the time of Boerner Horvath’s initial involvement.

Then in 2020 – with an approved budget of almost $11 million – SANDAG came back to the city with the necessary additional funds, bringing the total cost of the project to $13 386,456. (This amount includes pre-construction costs, public education and outreach.)

Granit Construction won the award with the lowest bid, not exceeding $7 million for the construction of the El Portal pedestrian rail undercrossing – higher than the initial engineer’s estimate of $5.2 million.

According to the city, the cost does not affect the city tax, because it is mainly supported by money from the General Fund that can be used for this project.

Granit was also awarded the construction of Leucadia Streetscape Section A, which was built in conjunction with El Portal. The Streetscape connection has been an intention of the council since at least 2013.

In October 2020, won an award for the first phase of the Leucadia Streetscape project which includes improvements between Marcheta Street and Basil Street for more than $6.4 million, not to exceed $7,373,675. In March of this year, the Encinitas City Council approved a $100,000 increase to fund contingency work, which includes additional paving and green bike lanes.

The project was also completed this summer and was financed using the General Fund, Transnet tax allocations, and a small amount of funding from Proposition 84, according to city staff.

As part of its planning, the city plans a project in connection with Streetscape to ensure access to the beach, schools, commercial areas, and residential neighborhoods is improved upon completing El Portal.

The city seems to wrap up its efforts to drop a lane in both directions and add a green bike lane on North Coast Highway 101 between Basil Street and La Costa Avenue.

Improvements to Section B, from Basil Street to Jupiter, are expected to cost about $20 million, and staff have not yet identified a funding source for the project. The city is going through its Streetscape phase as money is available for various jobs.

The third section of Phase 1 Streetscape will be unveiled later this year, with construction anticipated to begin in the spring.

In May, the city received a $20 million loan from the California Infrastructure and Economic Development Bank, or IBank, for improvements from Jupiter Street to La Costa Avenue.