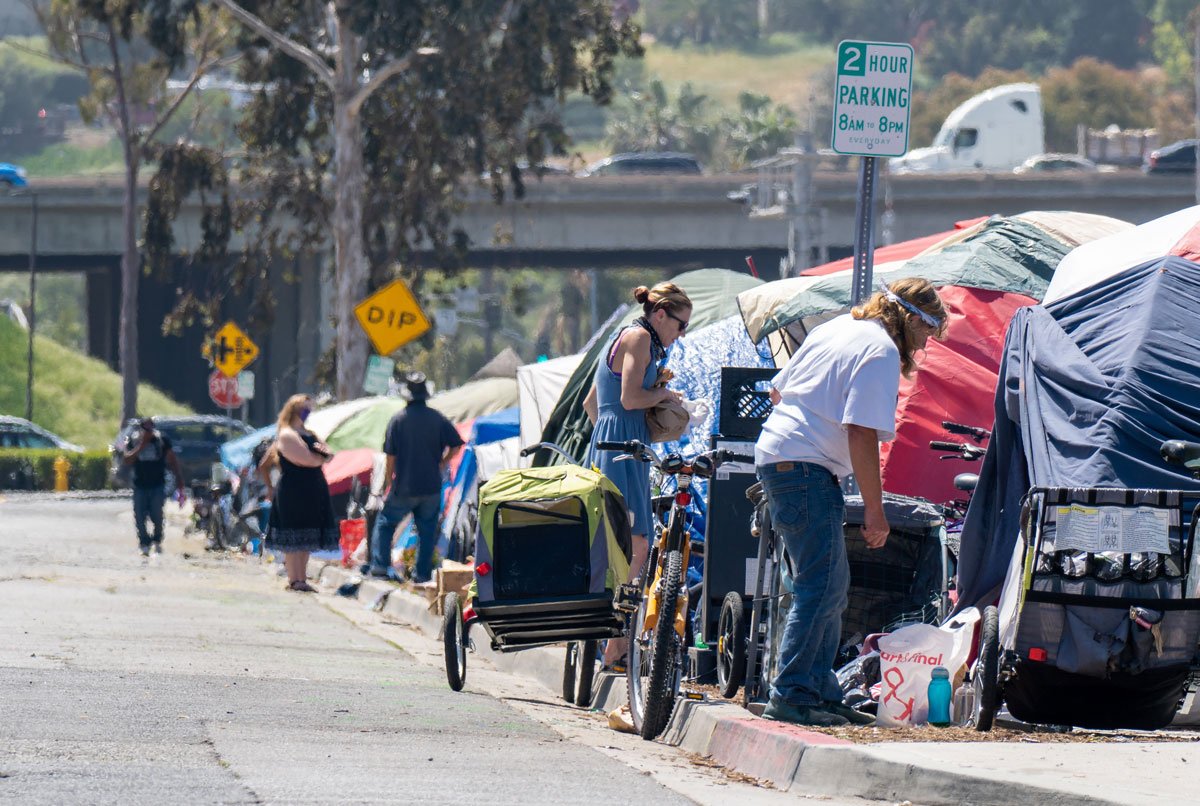 REGION — A new pilot program to establish a connection between cities and the county for more robust services for homeless residents was approved on April 6 by the San Diego County Board of Supervisors.

According to Supervisor Jim Desmond, who represents District 5 covering much of North County, the county will assign at least 10 employees to work and coordinate with the cities from Escondido to Encinitas. He said the pilot will kick off in the coming weeks and the program already has requests from other cities in the county.

The county effort will allow North County service providers and cities to more easily connect and services to provide identifications, treatment and housing, according to Desmond.

“The North County mayors got together… and used a shared platform to see how we, as a region, (should) deal with this issue,” Desmond said. “What they came up with was: we want some county liaisons to help our teams.”

In San Diego County, there were an estimated 22,000 people experiencing homelessness at some point throughout the year, including 8,102 individuals who were counted on one night during the 2019 Point-in-Time count.

The same 2019 count identified 1,540 homeless individuals in the North County region, though this likely undercounts the true scale of the crisis, according to Desmond.

The country and most of the cities have also established Homeless Outreach Teams, or some variation, to engage their homeless populations to get them off the streets. However, service providers have a more difficult time as they typically focus on a specific area or city.

For example, Desmond said through the pilot program, Interfaith Community Services in Escondido will have an easier time connecting with the Community Resource Center in Encinitas.

The outreach staff, which consists of 10 people in eight cities, will be able to transport clients and will have access to flexible discretionary funds to provide for incidentals such as clothing, food, help obtaining identification and short-term motel vouchers as part of the engagement process.

“This team is going to help us integrate homeless services across dozens of jurisdictions in North County, making us more responsive and effective in addressing this crisis,” said Supervisor Terra Lawson-Remer. “This initiative will help people turn their lives around as well as collect more accurate information on the region’s homeless population so we can measure our progress and ensure we are making the right decisions over time. This regional and collaborative approach could be a model for other parts of the county, and I thank my colleagues and North County mayors for helping to spearhead this effort.”

The supervisors also directed the chief administrative officer (CAO) to develop a plan for accessing office space, both at existing county sites and through partnership arrangements with local community-based organizations, that can be utilized as meeting space for clients and outreach workers.

The Board action also directs the CAO to engage key stakeholders throughout the process of developing the plan including the local cities, service providers and impacted individuals.

Desmond said the program will also allow for a more collaborative effort in collecting data, medical history and housing availability.

“This will probably spread to the rest of the county very rapidly because this is such a good idea,” Desmond said. “The goal is to get as many homeless people into services, into housing and potentially off the streets. That’s the biggest goal.”