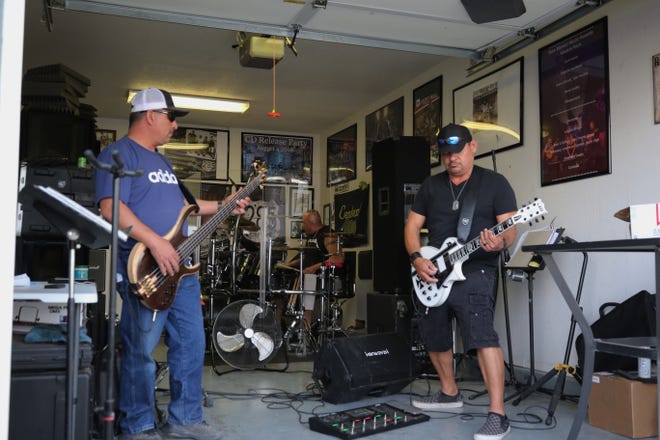 Carlsbad Mayor Dale Janway said there will be a beer garden and various food trucks at the event.

The band’s drummer Raul Ortega said he want to give people the chance to set their minds free for one night.

Ortega said he wants people to “enjoy music and be free, and not have to be worried about having the head buried with all the political issues.”

The concert will be from 7 p.m. to 9 p.m., the same time as the Carlsbad Cavemen homecoming game.

“Unfortunately, the concert overlaps with our annual Homecoming game—we were just not able to work around that due to several schedule conflicts. So, we hope you will join us at either the concert or the football game, or even both,” Janway said in a column for the Current-Argus on Aug. 30.

The event was organized by the City of Carlsbad, Carlsbad MainStreet Pearl of the Pecos Arts & Cultural District and Creative Carlsbad.

STRANDED won the 2021 New Mexico Music Award for Modern Rock in July. They were the only group from Carlsbad that were nominated for the award and one of the few from rural New Mexico.

Ortega said winning the award felt surreal. He said the band wrote and recorded the song “Angel’s Bridge” in his garage and sent it not expecting anything to come out of it.

“We submitted to the New Mexico Music Award thinking that there’s not a chance,” Ortega said. “Then we got the song nominated and we were super excited about that.”

The statewide contest over 40 categories with genres from Bluegrass to children’s music. The contest was first started in 1987 with the goal of bringing musicians together and celebrating their talents, according to their website.

Ortega said the band has gotten a lot of support from the community and wants to thank them, the bands freinds and family, and Janway.