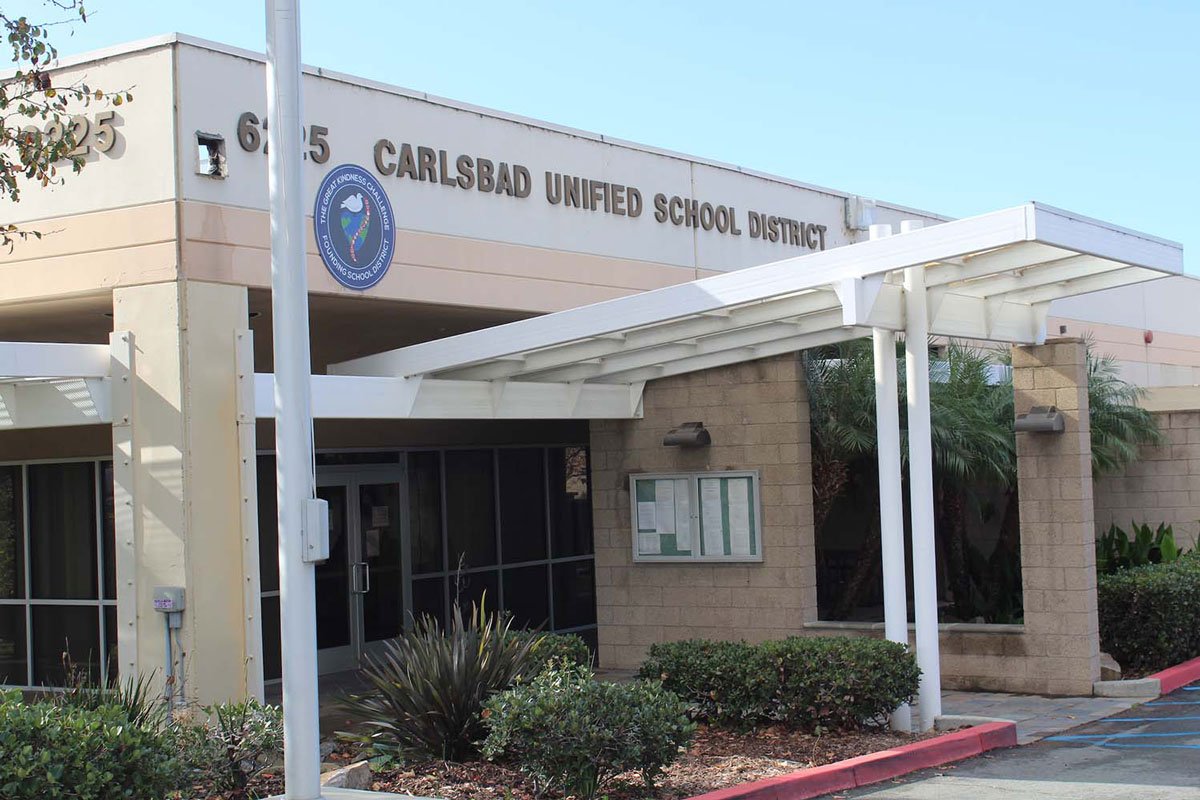 Approximately two weeks ago, Dr. Wilma Wooten, San Diego County’s public health officer, approved Carlsbad Unified’s safety plan, which was then forwarded to the state. However, Dr. Naomi Bardach, a pediatrician and head of the state’s Safe Schools All Team, refused to approve the plan.

Ben Churchill, superintendent of Carlsbad Unified, relayed the news to parents via an email shortly after the denial.

“This evening I spoke directly with Dr. Naomi Bardach…to appeal this decision,” Churchill’s email read. “She was unwilling to change the ruling. We are reviewing our options and will have an update for families and staff on Monday (March 8).”

The state’s denial letter said Carlsbad Unified’s application was “approved with conditions,” but noted the district did not meet some criteria, including “an insufficient track record of experience implementing safety protocols and routines, as indicated by small percentages of students being on campus; students have been present intermittently on campus, but for only pilot classes, not ongoing instruction; students have been present intermittently on campus but not for indoor instruction; contact tracing data indicating higher-than-expected numbers of in-school transmissions or outbreaks and/or inadequate remediation actions in response to in-school transmissions or outbreaks; inadequate plan for ongoing safety monitoring using an asymptomatic testing regimen.”

The past several months have seen numerous public tussles between the Parent Association of North County San Diego, Carlsbad Unified Teachers Association and the school district’s board of trustees on how to best reopen.

However, all the stakeholders were aligned and signed off on the district’s current safety plan and application, according to Scott Davison, a member of the Parent Association North County.

Davison said the state’s response was sent back with new guidelines not previously communicated to the district, such as the testing requirements.

Additionally, the North County parents’ group filed a lawsuit against the state, with five North County school districts also named as “nominal” defendants. The hearing is scheduled for March 10 and the group is requesting a judge issue an injunction to allow students to return to campus.

“We’re disappointed but not really surprised because it’s par for the course in terms of what we’ve seen from the CDPH making up new reasons to reject schools’ reopening plans and to prevent schools from reopening,” Davison said. “It looks like … they came up with a whole new set of criteria that they decided to apply to these waivers.”

Note: Messages were left with Churchill, CUSD Board of Trustees President Claudine Jones and PANCSD Executive Director Ginny Merrifield. The story will be updated should they respond.