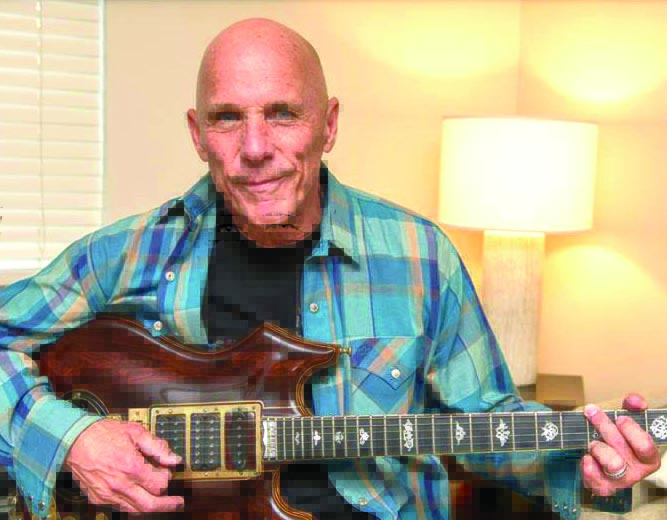 Tim Flannery mounts his bike and pedals two miles from his longtime Leucadia home to Scripps Memorial Hospital in Encinitas. When reaching the sacred place that saved his life, he recounts those bizarre nights when soul-taunting hallucinations called.

“The stuff I saw looking outside my window was insane,” Flannery said. “The doctors tell me you really can’t see that from our rooms.”

Flannery, 63, has shone the light on thousands as a Padres player and coach, as a contributor to three Giants’ World Series titles with his windmill act as a third-base coach, and as a musician.

But none of that mattered, and some of it came to life, when Flannery almost died nearly seven months ago because of a stubborn staph infection.

“Every night I would time travel somewhere,” Flannery said. “I mean it was absolutely insane the places I went, who I was with and some of the friends that visited me. It was horrific, demonic and scary.”

His body was revolting and for once the coy “Flan Man” couldn’t provide magic. There was no delicately placed bunt to produce. There was no going from first to third as if his hair was on fire. There was no patting someone on the back, not when he was connected to IVs that he unknowingly ripped from his arm with vengeance.

All of the while Flannery’s family had their nose pressed against whatever window was closest to his room. With the pandemic, they couldn’t comfort the man known for having empathy for others.

“A nurse, or a sitter, would be with me 24 hours,” Flannery said. “I had to be tied down and the nights were the worst, I dreaded the nights.”

That’s when visions only Flannery could see persisted.

“I didn’t like it but there was a common thread where one guy would show up and help me,” he said.

“One time I thought I was with the Grateful Dead in the bottom of a house in Iowa where we were playing a music festival. But then they started tear-gassing the house and we were in trouble.

“All of a sudden a man appears and tells me to lay down, get some rest … stuff like that. It is so bizarre.”

The stories are numerous, but even as zany as they are, they can’t eclipse Flannery’s tale of survival.

An ailing Flannery came home on Oct. 18 after a drive from his Central California ranch. When pulling into his driveway, he took out the fence.

The paramedics arrived just as Flannery was saying goodbye to his wife, Donna.

“I really thought I was dying and that was it,” he said. “When I was at the ranch, I was doing chores all days, hard work, and in the evening I would have four Advils and a cocktail. I was masking what was happening.”

The warning signs that the infection was roaring were evident, but the gritty Flannery shrugged. He recalls that when he turned to his right, his vision would follow as if he was watching a slide show.

“(Stuff) was happening in my mind and it was attacking the weakest parts of my body,” he said.

Rushed to Scripps Encinitas, Flannery’s kin were told to prepare for the worst. He had a staph infection, sepsis, double-pneumonia and his bladder was failing.

Flannery rallied and defied the odds. This son of a preacher showed the spiritual fortitude that catapulted him from being a sixth-round pick from Chapman College into an 11-year playing career and 15 more seasons as a coach.

“I’m doing so good now and I feel so physically strong,” he said. “I surfed the other day, I ride my bike, I do squats and I’m hiking a lot. We just did a nine-day trip going down the Colorado River in the Grand Canyon and that was a really good challenge.”

He’s back strumming his guitar and his new song, “Waiting on a Miracle,” reflects on those unforgiving nights and is on Facebook.

He’ll perform at good friend Jerry Jeff Walker’s upcoming memorial. Two other concerts are planned and hopefully he’ll appear as in years’ past, with his Irish eyes twinkling, at the Cardiff Library for a free show.

“It’s all systems go,” Flannery said, while mentioning his affection for this year’s Padres. “But I still ask my wife if some of that stuff I hallucinated about really happened. When she says, ‘No,’ I’m so glad they didn’t.”

We’re ecstatic Flannery returned from wherever his mind and body took him. Thankfully, he wasn’t taken away, although he often climbs on his bike to decipher where he’s been.