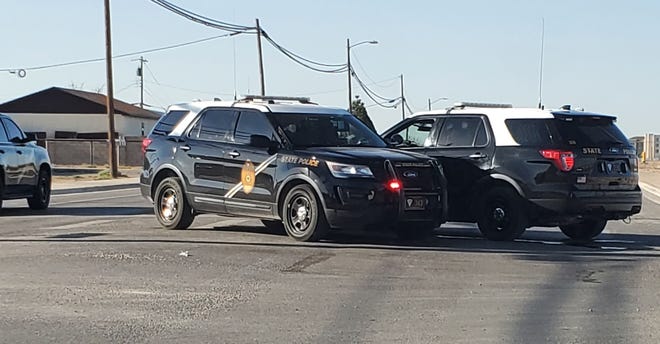 Officer Ray Wilson, New Mexico State Police spokesperson, said the goal of the traffic initiative was to increase motorist safety and reduce the number of crashes through a strong law enforcement presence.

He said officers increased patrol presence across all State Police districts from May 29 through May 31.

Wilson said over 1,800 citations were written across New Mexico during the three-day period.

He said 116 citations were for lack of seat belt usage and 18 drunk drivers were arrested statewide.

“Officers handled a total of 37 crashes, with none being fatal, and made 10 arrests due to drug-related crimes,” Wilson said.

He said officers wrote a combined 291 citations in Eddy, Lea and Chaves counties.

Wilson said officers reported four crashes with no deaths and 30 tickets were written for seatbelt violations.

Wilson said other C.A.R.E. operations are set for Fourth of July weekend, Labor Day, and Thanksgiving.

“New Mexico State Police wants all travelers in and through the State to have a safe trip,” he said.

“To accomplish this, New Mexico State Police asks drivers to devote your full attention to driving and not drive distracted, put your electronic devices down and just drive,” Wilson added.

Across the United States, more than 7,000 people died in teen driving-related summertime crashes from 2010 to 2019, read the American Automobile Association’s (AAA) website.

That’s more than seven people a day during what AAA calls the 100 Deadliest Days, the period from Memorial Day to Labor Day, compared to six people a day for the rest of the year, the website cited.

According to previous research from the AAA Foundation for Traffic Safety, new teen drivers ages 16-17 are three times as likely as adults to be involved in a deadly crash.

“There are more daily deaths in crashes involving teen drivers during the summer months than the rest of the year because teens tend to have more unstructured time behind the wheel,” said Jake Nelson, AAA’s director of traffic safety advocacy and research.

As teens take to the road this summer, AAA recommends that parent’s model safe driving behaviors and help ensure their teens practice them too. With pandemic restrictions easing, it’s also a good time for parents to consider having their teens complete a comprehensive driver education course, per the website.

Wilson said drivers should leave plenty of time to get to their destinations safely and should expect construction or other delays in travels and plan accordingly.

“Check tires and fluids before a long trip and have a clean windshield to see our beautiful state and other vehicles, bicycles, and pedestrians on the roads,” he said.