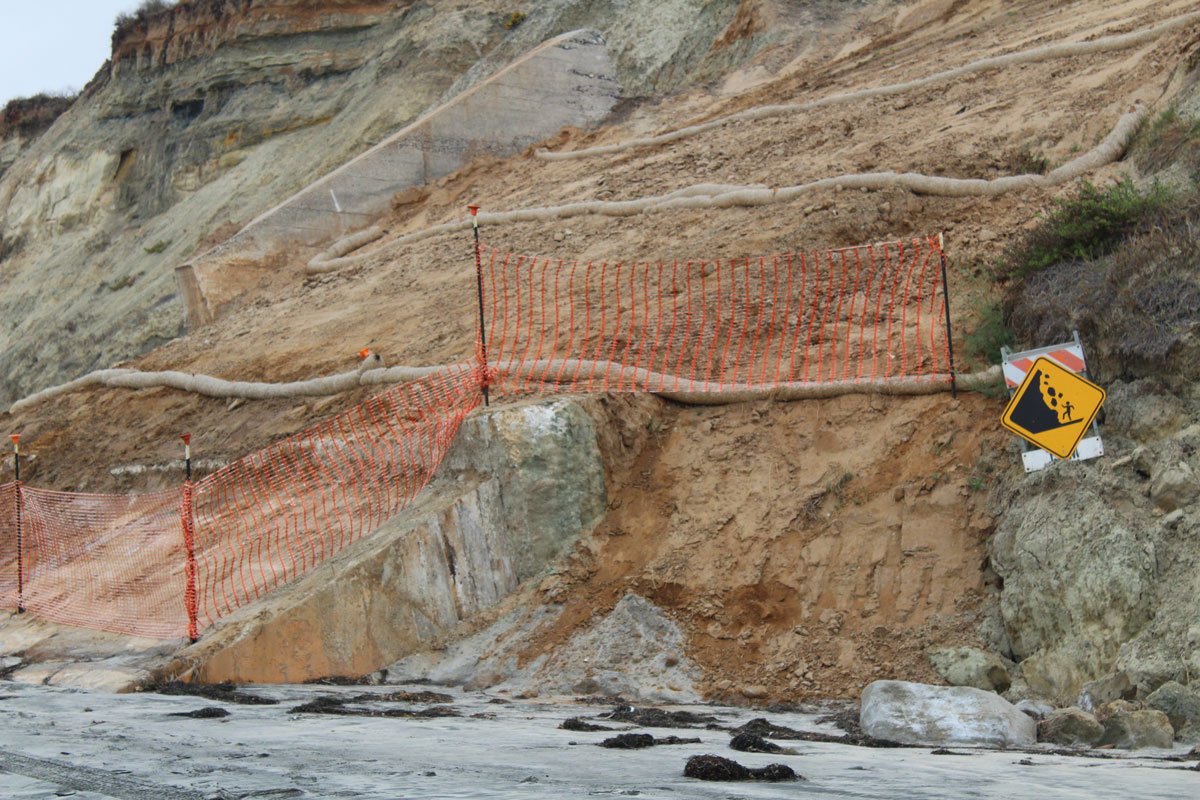 DEL MAR — The next phase of emergency repairs began this morning on the Del Mar bluffs, where a bluff collapse occurred in late February, according to the San Diego Association of Governments.

During this phase of construction, crews will clear vegetation, remove debris, grade sections of the bluffs and build a support berm to further stabilize the bluffs.

Temporary concrete barriers, or “K-rail,” will be installed on the beach to protect beachgoers from falling debris and to help minimize bluff erosion from high tides. Beachgoers are encouraged to use caution near construction areas.

Work will take place Monday through Friday, however, work hours will be influenced by tide levels.

Later this summer, crews will install new sea walls along the beach south of Fourth Street in Del Mar.

In March and April, SANDAG crews graded the area around the recent bluff collapse, drilled 18 concrete and steel piles into the bluffs, and installed tieback anchors to reinforce the bluffs and protect the tracks.

Work to stabilize the bluffs is ongoing and is anticipated to be complete in the fall.

SANDAG and the North County Transit District are leading efforts to stabilize portions of the 1.7 miles of coastal bluffs in Del Mar. This part of the 351-mile Los Angeles — San Diego — San Luis Obispo rail corridor is a link for passenger and freight movements within San Diego County, as well as between San Diego, Los Angeles and points farther north.

Phase 4 stabilization efforts will cost about $5.8 million and are being funded through a combination of federal, state, and local sources.