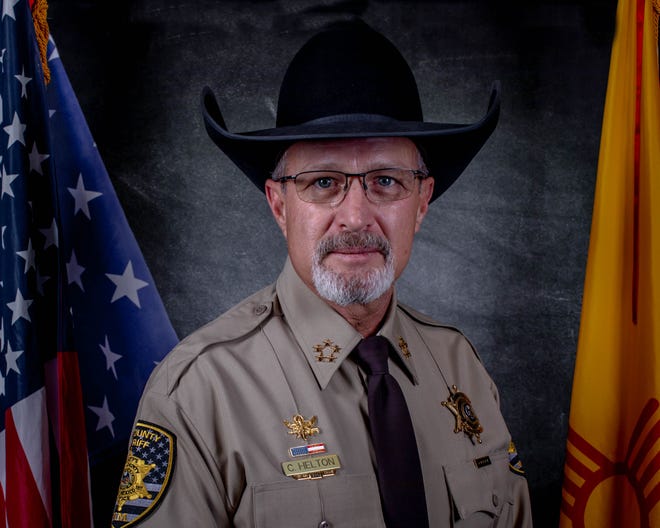 Lea County Sheriff Corey Helton feared the passage of legislation to legalize the use of recreational cannabis in New Mexico could be the first step in decriminalizing other current illegal substances.

During a special session in late March, the New Mexico Legislature passed The Cannabis Regulation Act or House Bill 2. Gov. Michelle Lujan Grisham said she would sign the legislation into law.

“I think they had to get this marijuana bill passed first and I think it was ramrodded so fast and furious during this session and I don’t understand the reasoning for that,” he said.

Per the bill, New Mexicans could grow marijuana at home for personal use. An individual can have no more than six plants or up to 12 for a household if more than one adult lives there. Recreational cannabis will only be legal for people 21 years and older and would only be able to buy two ounces of marijuana.

The purchase of recreational marijuana would go into effect on April 1, 2022, the bill read. New Mexicans could grow cannabis three months after the governor signs the bill. The bill had not been signed as of Wednesday afternoon.

Helton said New Mexico lawmakers could look at decriminalizing heroin, crack and methamphetamines in the future.

Though no New Mexico legislator has made such statements nor has introduced legislation to the effort, Helton said he would “expect more of this” suggesting the legalization of heroine, crack and methamphetamines would be next.

“People who have never dealt with a family of a meth user have no concept of how destructive that drug is. Same thing for heroin and that’s the problem. These people who have these rose-colored glasses concept, ‘well it’s only a problem because it’s illegal,’ no it’s illegal because they’re problems,” he said.

“The reality is there’s a huge drug problem here in New Mexico. I believe the drug problem really flows from behavioral health issues and this has done nothing to make it better. This is basically the state serving as an enabler to encourage those who are in bad shape having real issues to continue to wallow in a situation that will ultimately destroy them.”

“Knowing what we know about the cognitive and behavioral effects of the cannabis’ active drug ingredient, Tetrahydrocannabinol (THC), and comparing those to laws such as driving while intoxicated (drugs), we will have to be ever vigilant in enforcing such laws,” Smith said.

“We are hoping that people make good decisions about their lives and especially the lives of people around them when they chose to be in public taking any type of action that might affect others.”

Helton pointed to what he called “unanswered questions” on policies for businesses and public safety.

“I see in the bill that they passed, individual counties and city municipalities cannot prohibit a business from coming in. I think we can prohibit where they’re at and hours that their open. Until I see some of the wording to this regulation the only thing, we can do is kind of estimate what’s going to happen,” he said.

More:Battle to legalize recreational marijuana on

Jerry Fanning, Eddy County’s public and government affairs director, said there’s plenty of work to be done in the next year to get regulations and paperwork in order for people to try and grow and sell cannabis.

“We are tasked with several things and one is public safety, and while laws may make that more difficult at times we are resilient and at the same time mindful that the people have spoken through their elected officials,” he said.

“The bottom line is it’s a scheduled one narcotic. Whether you agree with it or not, it’s still on the schedule one for federal. Which means there is no use for it whatsoever and that hasn’t changed and that’s not going to change for a while,” he said.

“Because they’re FDIC insured. So, they can’t do that. They’re not allowed to do that,” he said.

“You want to legalize dope, smoke it, eat it. That’s great. The problem is it’s still illegal federally and it still has all these weird implications that we have to deal with.”

Kintigh said local and county governments might be considered co-conspirators if they issued building permits or conducted safety inspections to a potential cannabis business since it is a banned federal substance.

“In one interpretation they would be and therefore subject to future criminal prosecutions. Right now, the policy at the Department of Justice is to not pursue prosecutions. That’s a policy not a federal law,” he said.

“Policies can change within an administration or between administrations, so I have a legitimate concern very serious concern about protecting city employees and staff from potential litigation and how do we  make sure we don’t get forced into doing something that we may be liable for in the future.”

Cage said the Legislature and the governor put “the cart before the horse.”