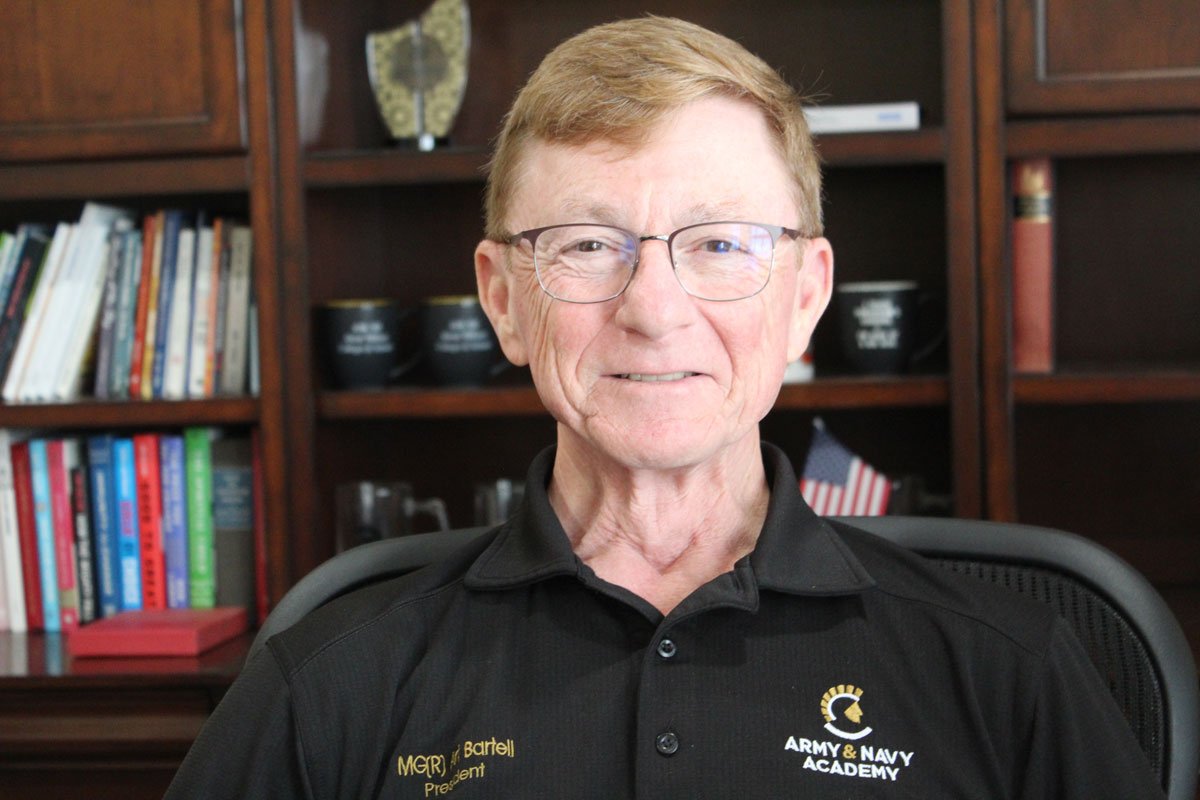 CARLSBAD — The Army and Navy Academy saw a changing of the guard this week as Maj. Gen. Arthur Bartell retired from his post.

In his place, the school’s board has hired Mark Desjardins, who holds a doctorate in the history of American education from the University of Virginia.

Bartell said he and his wife will return to their home near Ann Arbor, Michigan, where he plans to volunteer with the ROTC program at his alma mater, the University of Michigan.

“I would say get comfortable with the culture,” Bartell said of advice he’s passed on to Desjardins, noting they’ve spoken many times during the transition. “He has a huge amount of experience. I’m excited for the future of the academy.”

The school spent months searching for a replacement after Bartell’s announcement last year. The committee hired Wickenden Associates to help facilitate the search, especially during the COVID-19 pandemic.

Desjardins, 55, comes with years of boarding and military school experience (Army and Navy Academy is classified as a boarding school). He spent the last 11 years at St. John’s School in Houston, a college preparatory military boarding school for middle and high school boys.

Additionally, Desjardins was also Head of School for the Texas Military Institute and worked at other schools in Texas and Oklahoma.

“I am profoundly honored to lead and serve in the capacity as the next President of Army and Navy Academy,” Desjardins said. “I look forward to leaning in and working together as we set forth together to write the next chapter in the history of this illustrious institution.”

As for Bartell, he spent 32 years in the U.S. Army working his way up the ranks before retiring as a major general. Even before his career in the military, Bartell was already instilled with a passion to join the service.

Bartell’s father also served in the Army for years. Growing up, Bartell was an “Army brat,” living in numerous countries and attending 14 schools before college. Bartell enrolled at the University of Michigan, marking the first time he spent more than two years at one school.

Bartell met his wife, Karen, and the two embarked on a life spurred by the military where Bartell was an artillery officer. But it wasn’t until Bartell was identified as a candidate for the Army and Navy Academy job that his wife visited California.

Once they came to Carlsbad, his wife told him he had to accept the position.

Bartell led the U.S. Army Cadet Command for two years and was responsible for overseeing JROTC and ROTC programs at high schools and colleges, respectively, nationwide.

So, after his retirement in 2013, he jumped at the chance to be part of the academy, which is the last all-boys college prep school with a military focus west of Roswell, N.M.

Bartell said kids and the mission of the school his passions, focusing on teaching leadership, teamwork, academics and developing good people.

“For us, it’s about leadership and character,” Bartell said. “We understand the mission and values. We have about 300 kids and we’re making a difference.”