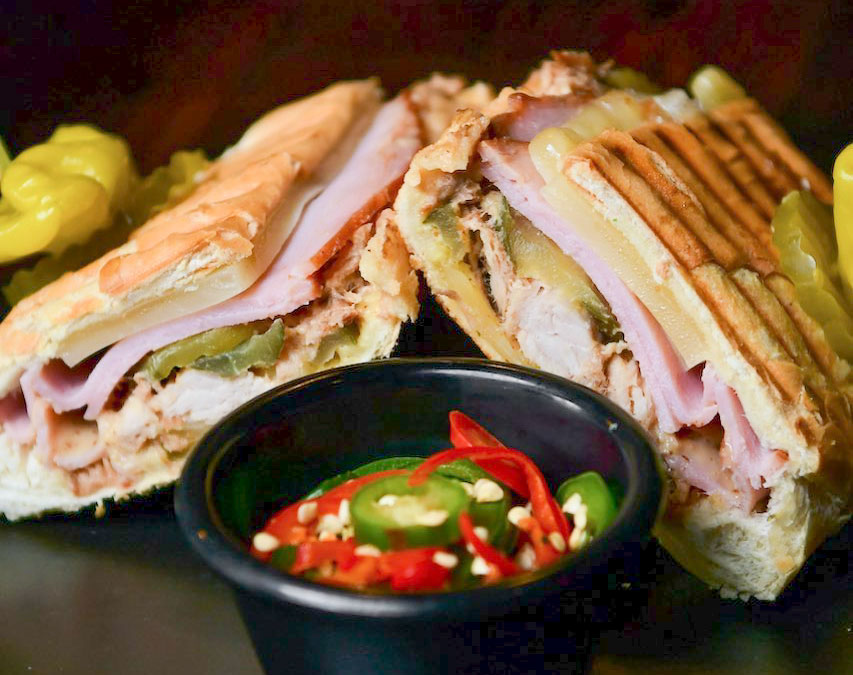 The radio version of Lick the Plate started on KPRI about 10 years ago as a feature where guests from the culinary, culture and music worlds could tell their stories through their experiences with food and music. That mix resonated with guests, and it still does.

I can tell a lot about someone by their tastes in both and have always made it a point not to judge anyone on either…except maybe if they lean towards smooth jazz, kidding! My point is, when great food and music can be combined in a venue, it’s a double bonus.

Of course, many restaurants have musicians playing covers in the corner as a backdrop, but not many run a full kitchen with a sizable stage and an eclectic lineup of musical talent rotating through on a regular basis.

That takes me to the topic of this week’s column as the Pour House in South Oceanside recently made some significant upgrades to the talent running their kitchen to go with the already strong music side of the venue.

Given that I work on the northern fringes of Oceanside, I discovered a few years back that they booked bands during Friday happy hours which made for a perfect pit stop on my way back to Encinitas.

These were not second-rate bands either and I developed an appreciation for the music and the diversity of the crowd. The variety of Pour House patrons is reflected in the bands they book. With names like Small Town Hero’s, The Tighten Ups, Riot Scene, Euphoria Brass Band, Tina Fake and Blindfold Monks, you get my point.

The audience usually reflects the music of the band but some nights you just get that special mix of people that makes Oceanside so great. Middle age bikers, punk rockers, coastal surfers and skaters, hipsters and just regular folks coexist and get down to whatever music is moving them. It’s a good thing.

I will admit that I did not give the kitchen at Pour House much thought during this time as it was all about the happy hour and the music. That changed recently when I heard the news that they had brought on the French chef Stephane Liot who grew up in Saint-Lo in the northwestern Normandy region of France. This immediately caught my attention and had me thinking that it could be the holy grail of food and music combined.

I immediately reached out to Stephane and we agreed to meet on a late Tuesday afternoon in the converted parking lot next to Pour House which is now full of picnic tables and a trailer that has been turned into an oyster and ceviche bar.

This new area, born of the pandemic, has made the Pour House even more attractive. I should also note that the Pour House co-owner Emily Rassel was hosting a group of wine representatives from the Willamette Valley region of Oregon, which was a very good sign. Those influences can also be seen on the upgraded wine list at Pour House.

After just a short time hanging with chef Stephane Liot, I discovered that his style and personality were very well suited to the South Oceanside and that he was smart enough not to make drastic changes to a menu that would put off many of the regulars.

Chef Liot has a street-smart edge,  yet his culinary resume is such that he could step right into any high-end kitchen in the world. He was a savvy hire by Pour House ownership and the way he has sprinkled the menu with French bistro classics along with American bar food favorites was well-conceived.

He eases us in with approachable yet chef-driven salads that include a Beet Salad, Heirloom Tomato & Burrata, Carrot Salad and a Thai Salad.

Appetizers and shared plates take us a bit closer to his French heritage with Truffle Fries, a Tartelette which is a pastry with tomato, olive oil, cheese and pesto tapenade, Mussels, and Fried Brussels. He keeps it grounded with house-smoked Chicken Wings, Hummus Platter, Pork Belly Nachos, Poke Bowl and Charcuterie Board.

Sandwiches and burgers have that same eclectic mix and some items that really caught my eye including the Cuban sandwich that I tried and loved.

That is combined with the Angry Rooster deep-fried buttermilk chicken sandwich, a couple of burgers, a poached salmon salad sandwich, a Bahn Mi sandwich and the very French Croque Monsieur or Madame with warm French ham and cheese and bechamel sauce. The Madam would include an egg on top.

Chef Liot keeps it simple for the dinner entrees with four classic options. The Steak & Fries, or Steak Frites as they call it in France, Fish & Chips, Pork Truffle Mac & Cheese and a fresh fish of the day.

An extensive selection of beer, wine and crafty cocktails are happening along with a weekend brunch on Saturday and Sunday. Check out their Facebook page for a list of upcoming bands and their website for menu options as it evolves.

My suggestion is to get there early, enjoy some food outside, and stick around for the music. It’s a mix that should work for you.

Pour House is at 1903 S. Coast Highway, Oceanside and www.pourhouseoceanside.com