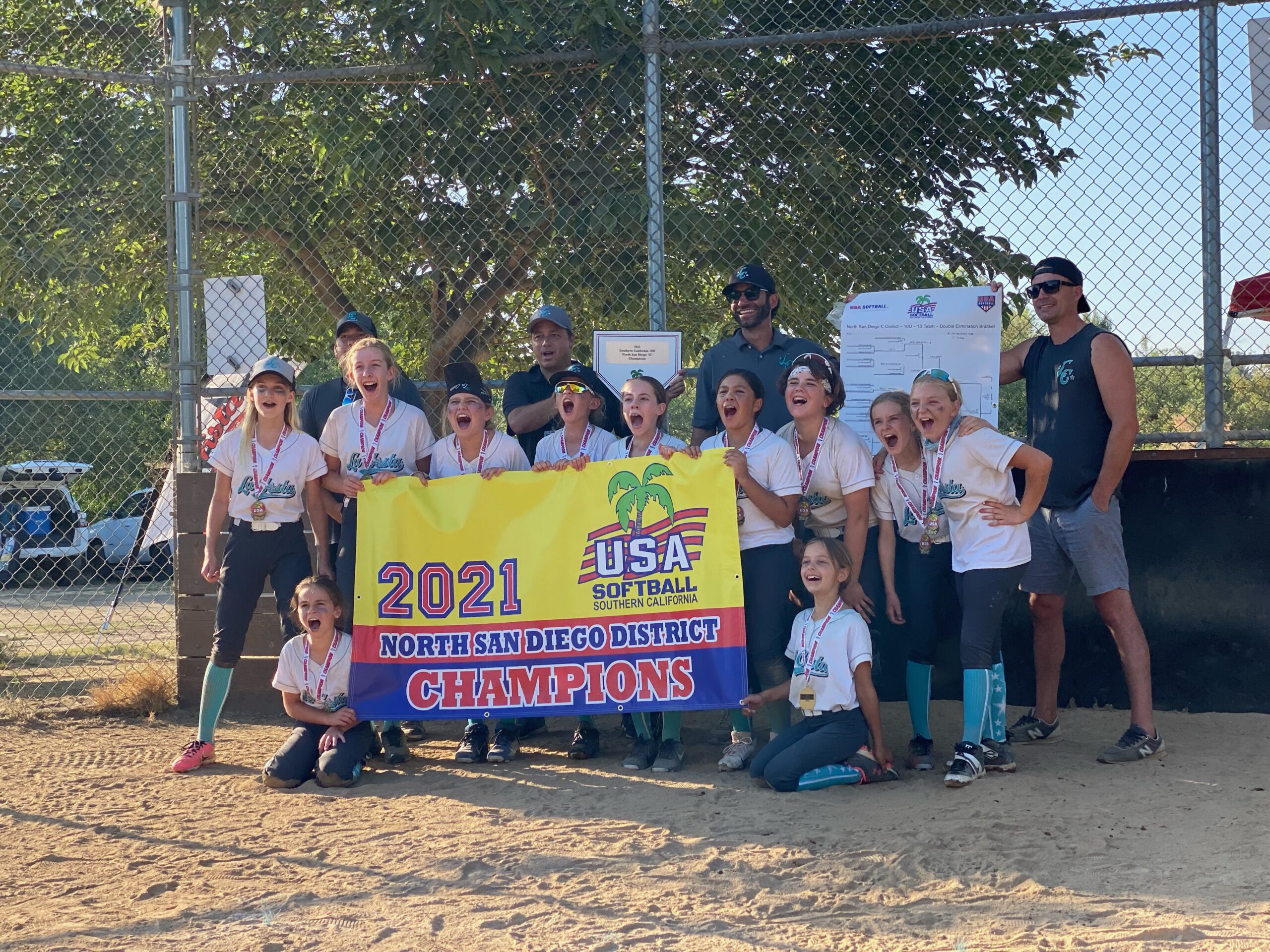 CARLSBAD — Everyone’s cheering for the girls on the U10  La Costa LCYO All-Star Softball team.

Some of the girls have been playing softball on the same teams for up to seven years, but they all came together after qualifying for this year’s All Star team. Violet Todd, Ella De Falco and Hayden Scott agreed that the best part of it all was the friends they made and playing softball. The hardest part, they said, was the pressure after losing a game, not to lose a second one and be out. And they know it’s going to be hot at the Regionals in Santee but maybe not as hot as the State tournament in the Mojave Desert.

They have won the North County District championship and placed seventh at the state level, making it further than any San Diego team. In addition, they have brought home lots of tournament hardware, especially for a team of 10-year-olds.

“It’s a special team with amazing girls who have worked hard all through COVID to be ready for this,” said Coach Joe DeFalco.

Whatever the outcome, the young stars will keep at it, kicking off the Fall Ball season in August.