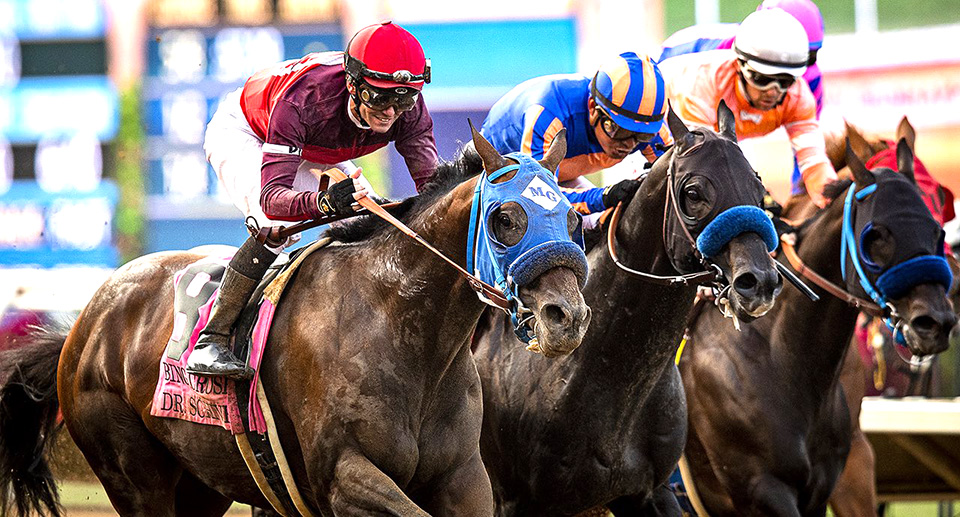 Ten down, just 21 racing days to go!  Beginning Week No. 4 at Del Mar Racetrack, 10 days are in the books and racing has been controlled by two individuals. Jockey Flavien Prat has won 20 races (20-70 record) with a 29% win percentage and trainer Peter Miller has 10 wins through the first 10 racing days. Pretty remarkable!

Craig Seidler of Henderson, Nevada, won the 18th annual Del Mar Summer Challange over the weekend in its two-day betting contest. Beginning with an entry fee of $4,000 ($3,000 live betting and $1,000 to prize money), Seidler racked up a cool and unbelievable $100,000 total and one of the most impressive single-race bets.

Seidler’s total earnings for two days were $150,000 and entry into the Breeders Cup Betting Challenge that will be at Del Mar in November. A total of 130 contestants battled over 22 races from Del Mar, and Chris Bahr, director of promotions and events, did a tremendous job in organizing a big field of players. The next contest is Pacific Classic Day on Saturday, Aug. 21.

The (20 cents) Pick Six Saturday had two winners that returned $145,000 to begin Week No. 4. The only ticket jackpot pool is $566,000 and a mandatory payout will be Pacific Classic Saturday.

56 years of greatness … Dan Smith, director of publicity & media who retired in 2020, was honored Saturday with the naming of the Del Mar Press Box in his honor. Dan, a personal friend for over 40 years, has served the industry in several capacities, but nothing compares to his genuine personality, friendship and love for the game. No one did it better!

August birthdays: My late dad, who would have been 101 years old on Aug. 5. He loved sports and newspapers … his memory was unmatched. He had me shaking hands with my childhood hero, Roberto Clemente (truly the original Great One) as a 12-year-old. This one’s for you, Dad. Happy Birthday! 🎂

Aug. 8: Jerry Tarkanian, head coach at UNLV. “Tark” passed in 2015, but there is not a day or two that goes by that he doesn’t rifle through my brain.

Tark was a special and marvelous friend. We would sit for hours in restaurants and bars and talk basketball. I would ask him so much about coaching and drawing up plays on napkins like a sponge absorbing water. Being with him was like walking with Elvis.

Tark’s induction into the Basketball Hall of Fame in 2014 was the highlight of my friendship with him. He would never admit to anyone, but I personally knew how much he wanted that honor.

I was with Tark when he got the call. He cried and so did I, full of love and emotion.

Dwight Howard has hit the TriFecta.💰 He will now play for the Los Angeles Lakers three separate times.🏀

My disc jockey background always comes back and talks to me. At 68, I think of 1977 when I played music in a nightclub that could be best described as the perfect spot.

The Distillery in Solana Beach, a discotheque that was the most incredible club I ever played. Playing to crowds from 500 to 750-plus was the greatest rush I ever had. Keeping people dancing for hours at a time was no easy task.

“Saturday Night Fever” hit the movie screens and I was off to the races (literally). That summer was my introduction to Del Mar and horse racing.

Celebrity has always been around me. People always ask me about the people I met. It all began in Los Angeles in 1973. I got hired to work at the most incredible and star-studded clothing store, Fred Segal, on Melrose and Crescent Heights.

I was 21 years old meeting superstars in all facets of Hollywood, selling jeans. My customers were Curtis Mayfield, Carole King, Peter Sellers, Sly and the Family Stone, Richard Pryor, Zsa Zsa Gabor, among other big-timers!

But one of my most favorite moments was in 1992 when I met Don Ameche in the paddock at Del Mar and introduced myself. Felix? That’s my middle name, he replied. We talked about his brilliant radio, vaudeville and acting career.

I asked him a million questions about the 1983 movie “Trading Places” with Ralph Bellamy, Eddie Murphy and Dan Aykroyd. He shared with me about radio in the 1930s, and he was so kind and personable. What a great man he was! 🙏

Our radio show Race & Sports Radio airing every Saturday morning at 9 a.m. over the Mightier 1090 AM. Online at themightier1090.com has been red hot with releasing winners.

One of our Horses to Watch published two weeks ago (Eight Rings) just missed at 16-1 by a neck in the Bing Crosby on Saturday. … Another, Lady Mystify, won on Thursday. 💵💰💴

See you on the radio  … and please support The Coast News!  Since 1987 it’s been our voice along the coast from Oceanside to Del Mar and is the fabric in which our communities are woven! 🇺🇸