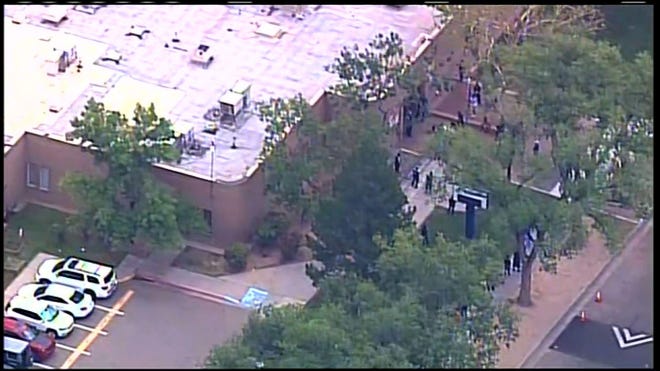 An Albuquerque student was killed after gunshots rang out from Washington Middle School on Friday Aug. 13.

Law enforcement identified the victim as 13-year-old Bennie Hargrove, who was called a hero by Albuquerque Police Chief Harold Medina for standing up for a friend that was being bullied before being shot, on Friday.

“We can only imagine the terror felt by families rushing to pick up their children, fearing the worst. And the senseless and violent death of a child in our protection is, indeed, the worst,” said Public Education Secretary Ryan Stewart and Secretary Designate Kurt Steinhaus in a joint statement on Friday.

As communities around New Mexico mourn this tragedy, parents may wonder what schools are doing to keep their children safe from gun violence.

Carlsbad Municipal Schools (CMS) Superintendent Dr. Gerry Washburn said the district has multiple policies and procedures in place to prevent and respond to active shooting situations, though many of these procedures are kept confidential to avoid informing potential shooters.

Washburn said there is also a process to notify parents of active threats and if the school is placed on a lockdown or evacuated due to a shooting.

An average of two children die every month due to gun violence in New Mexico, Viscoli said. She said most of the people the organization works with are youth, including students from Washington Middle School.

“We see first-hand, you know how it’s destroying them, how scared they are, how frustrated they are,” Viscoli said.

Washburn said the best line of defense against gun violence in schools is looking for signs of trouble.

“What has proven most effective over time has been kids telling schools that they’re hearing of another student thinking about doing something. If they see or hear something, they need to let us know,” Washburn said.

The PED advises students, staff and citizens to be aware of suspicious people watching a facility, taking photographs, making strange calls or acting unusually, and to not feel shy or embarrassed to report it to police.

Viscoli said legislative action is also needed to address gun violence including passing laws that keep guns out of schools and child access prevention laws, which hold adults legally liable for allowing children to have unsupervised access to guns.

The New Mexico Public Education Department (PED) required all schools to conduct an active shooter/shelter in place drill within the first four weeks of school and schedule additional drills throughout the year.

The district had three school resource officers for all the schools in Carlsbad Washburn said. He said while it would be wonderful to have more, the district was limited due to budgetary issues.

“Any time that we have an issue or think that we may could be potentially having an issue we’ve notified them and they’ve always dispatched additional patrols and have been prepared to help us in any way,” Washburn said.

Active shooting situations often end before law enforcement can arrive so school staff are advised to be prepared, “both mentally and physically, to address an active shooter situation,” according to the PED Safe and Healthy Schools Bureau Planning for Safe School in New Mexico Guide.