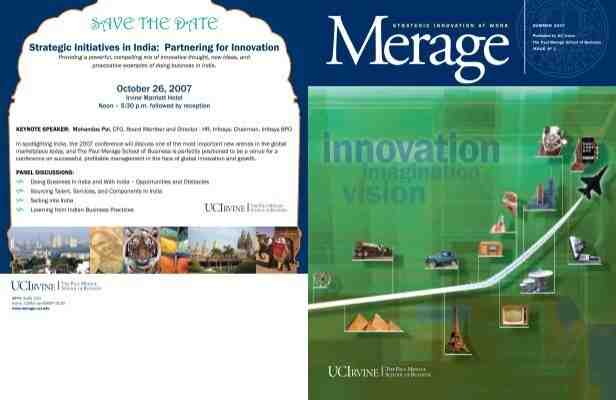 “After more than two years of intense research and analysis on potential franchise opportunities in the fitness space, P.volve was by far our first choice,” said Kristin Springborn, who will be the studio’s director as well as co-owner. . “Fitness is a central part of our lives and being able to start your own business with such an amazing brand and an extremely dedicated following is a dream come true.”

P.volve President Julie Cartwright added, “Due to the record growth of our business nationwide, deciding who was the best person to own and operate these locations took time. We are thrilled with our decision and know that Kristin and Jeff Springborn will be excellent business partners and studio operators. “

With the announcement of these two new studios in Encinitas and Carlsbad, P.volve will manage a total of five studios in San Diego County, taking full advantage of a strong member base who already subscribe to its on-demand platform. Currently, San Diego is one of the top 20 markets among existing P.volve members.

“We already have a significant number of loyal members in the region who will now be able to convert to studio membership or who will be able to attend studio classes while continuing to use their digital memberships,” said Cartwright. “We are confident that these two new locations will be successful, reaping the benefits of both studio and on-demand exercise. Currently, nine out of 10 members in study cities are choosing hybrid subscriptions that give them the option to attend classes in the studio or on demand via our digital platform. “

The locations of the new P.volve studios in Carlsbad and Encinitas have not yet been determined as the site selection process is in its early stages, with a lease expected to be signed by the end of the third quarter.

With a median household income of $ 163,000 and a median resident age of 43, Encinitas is an affluent market that reflects the demographics of many of P.volve’s current members. We think he will respond enthusiastically to the P.volve experience, “said Cartwright.

“As the third largest city in San Diego County and one with a median household income of over $ 110,000, Carlsbad offers the opportunity for substantial growth in the future, making it an ideal location for P.volve to expand.” Cartwright said.

The La Jolla location of P.volve will open this November

The latest franchise awards continue P.volve’s commercial expansion into Southern California beyond the initial location opened in Los Angeles in 2020. The new locations in Encinitas and Carlsbad will follow another P.volve studio scheduled to open November 2022 at 4575 of La Jolla Village Drive in San Diego. The owners of that location, Kirstin and John Keohane, have also been selected to open two more studios in San Diego within the next 18-24 months. P.volve plans to open 10-15 franchises in the San Diego area as part of a plan to open 250 studios nationwide by 2025.

The expansion of P.volve is based on record growth

P.volve’s expansion into Southern California comes during a period of record growth for the company. P.volve recently reported that its membership increased 145% year-over-year and, despite rising inflation, membership increased by 61% in the first six months of 2022 alone. “Our rapid growth at the level National shows that women want to choose when it comes to how and where they train, and we’re excited to be able to serve more women in San Diego County with studio locations, ”said Cartwright.

P.volve, whose name derives from “personal evolution”, launched an on-demand offering in 2017 and its first studio in 2019 in New York. Currently, P.volve integrates a growing portfolio of on-demand lessons with live and in-person lessons in the company’s run studios in New York, Chicago and Los Angeles. Franchise locations in the US and Canada are expected to open by the end of the year and into 2023.

P.volve, a leader in evidence-based functional fitness, offers innovative content and experiences to its members globally. Her science-backed holistic fitness method for women harnesses the power of functional movement to nourish and restore as it shapes, tones and strengthens. A hybrid fitness model, P.volve can be experienced in the studio and through live and on-demand virtual classes. P.volve offers a growing franchise studio footprint, proprietary equipment, and worldwide availability. Based in New York, P.volve has members in all 50 states. For more information, visit www.pvolve.com, www.pvolvefranchise.com and @pvolve on Instagram.

What type of startups are in demand?

Is it hard to get hired at a startup?

Startups often have an intense pace, a lack of structure and process, constant change, and inexperienced managers. They’re also just plain risky – data shows that most startups fail. Running out of money is a real risk, and if things go wrong, you may have to cut your salary or lose your job.

Is it easy to get into startups? Startups often have an intense pace, a lack of structure and process, constant change, and inexperienced managers. They’re also just plain risky – data shows that most startups fail. Running out of money is a real risk, and if things go wrong, you may have to cut your salary or lose your job.

What is startup registration?

What is the meaning of startup? What is a startup? The term startup refers to a company in the early stages of operations. Startups are founded by one or more entrepreneurs who want to develop a product or service for which they believe there is demand.

Is there any fees for startup registration in India?

Submit your trademark application online through IndiaFilings in less than 24 hours for just Rs. 5988 all inclusive rate.

How do I register for a startup in India?

Which registration is best for startup?

It is best suited for businesses that are managed, managed and controlled by one person. In the case of a small business run by two or more people, the registration of a partnership is best suited. LLPs and registered limited liability entities have much more complicated setup and reporting requirements.

Which registration is best for startup?

It is best suited for businesses that are managed, managed and controlled by one person. In the case of a small business run by two or more people, the registration of a partnership is best suited. LLPs and registered limited liability entities have much more complicated setup and reporting requirements.

Does a startup need to be registered in India?

How startups are registered in India?

You are a limited liability company, an LLP or a partnership company. Your business must be incorporated or registered in India, no earlier than 5 years. Your company’s turnover must not exceed Rs 100 crore. The company must continue to innovate something new or improve the existing system in its own way.

What is startup registration in India?

As part of the Startup India initiative, eligible companies can be recognized as Startups by DPIIT, in order to access a range of tax benefits, easier compliance, quick IPR tracking, and more. Learn more about eligibility and benefits below. Be recognized.

Is it necessary to register a startup in India?

Who is eligible for startup India?

Is founder better than CEO?

Unlike a CEO, who acts as the head of an existing company, a founder is the person who started or started the business in the first place. Founders are typically the ones who come up with the idea for a company, configure it, and guide the broader vision of the company’s goals.

Who is taller than a CEO? Who is higher, CEO or president? A president is technically “superior” to a CEO. A president can appoint, evaluate and fire the chief executive officer. The CEO still holds the highest position in the company’s operating structure and all other executives report to the CEO.

Should I call myself founder or CEO?

I would recommend using the title of “Founder” to show that the company may need to recruit an experienced CEO at a later date (or a president, which is a legal requirement for companies) and that you are open to this. Very few people are qualified to be the CEO when they started a company.

Is founder higher than CEO?

A founding CEO is an individual who founds a company and holds the position of chief executive officer (CEO). If the company’s CEO is not a founder or the founding CEO has succeeded, the company is said to be headed by a non-founding CEO or successor CEO.

Can the founder fire the CEO?

Who is highest founder or CEO?

A founder is someone who builds a team and finds business and just about everything needed to start their own business. When comparing the CEO with the founder, a CEO, unlike a founder, is appointed to their position. They lead and lead the team to achieve success.